Ngorongoro Crater is a big hole in the ground with wild animals inside -what’s that all about? Lets find out:

What is Ngorongoro Crater?  How big it is?  And more importantly…. what’s inside? Apparently there’s Lions in there? Lets find out. 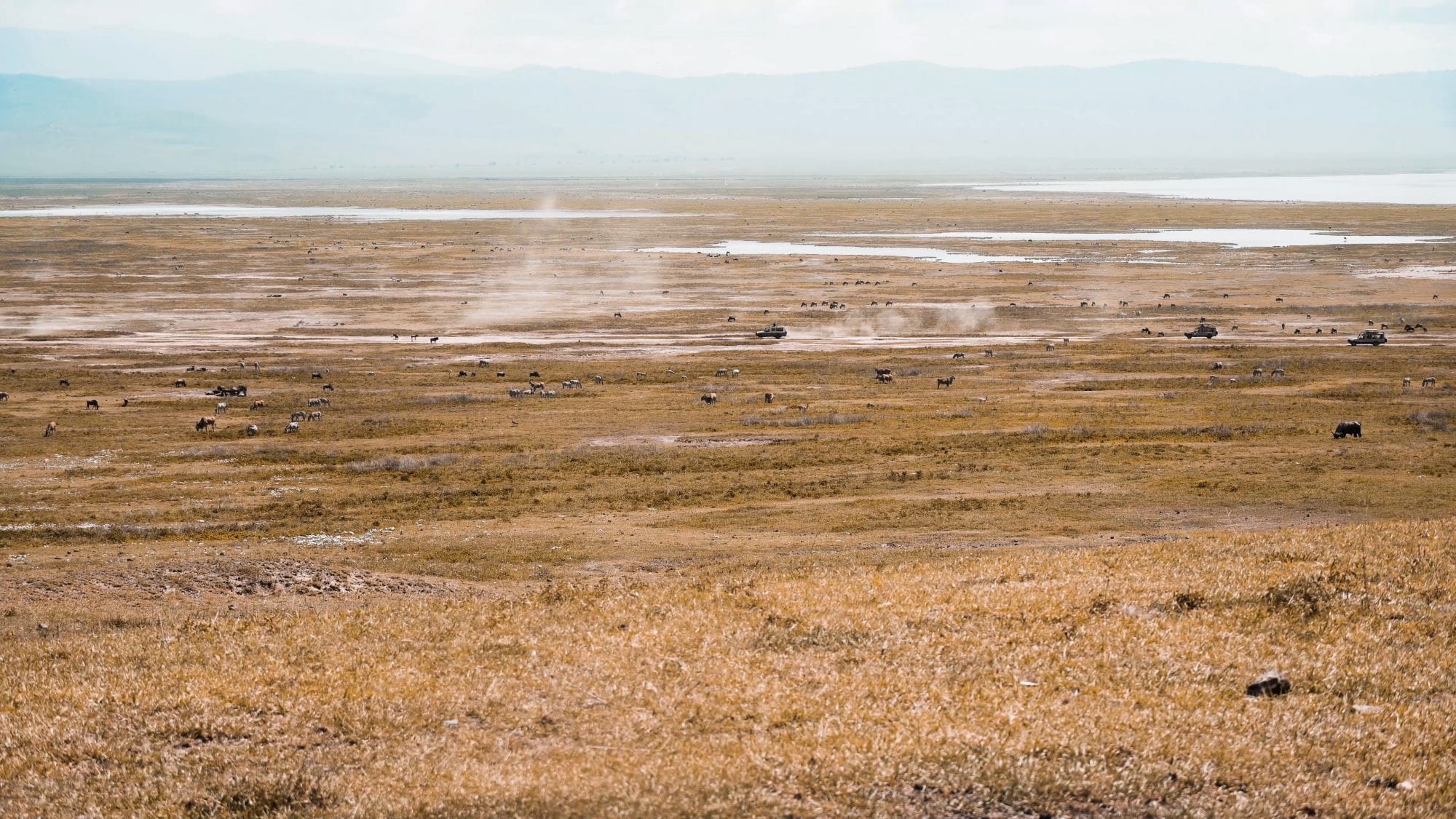 From the town in Arusha, North Tanzania, you need to head 180 km west to Ngorongoro Crater which is worlds largest inactive and intact volcanic caldera Also known as ‘the Garden of Eden’ due to the lush landscaping and animals inside. This World Heritage Site is one of the main attractions of Tanzania.

How big is Ngorongoro Crater?

The crater formed when a large volcano exploded and collapsed on itself 3 million years ago. The crater is 610m (2,000 ft) deep, 19km wide and it has a 260 sqm area inside. Apparently there’s about 25,000 animals inside that thing. Its about 2 and a half hours drive from the Arusha, which is north Tanzania. 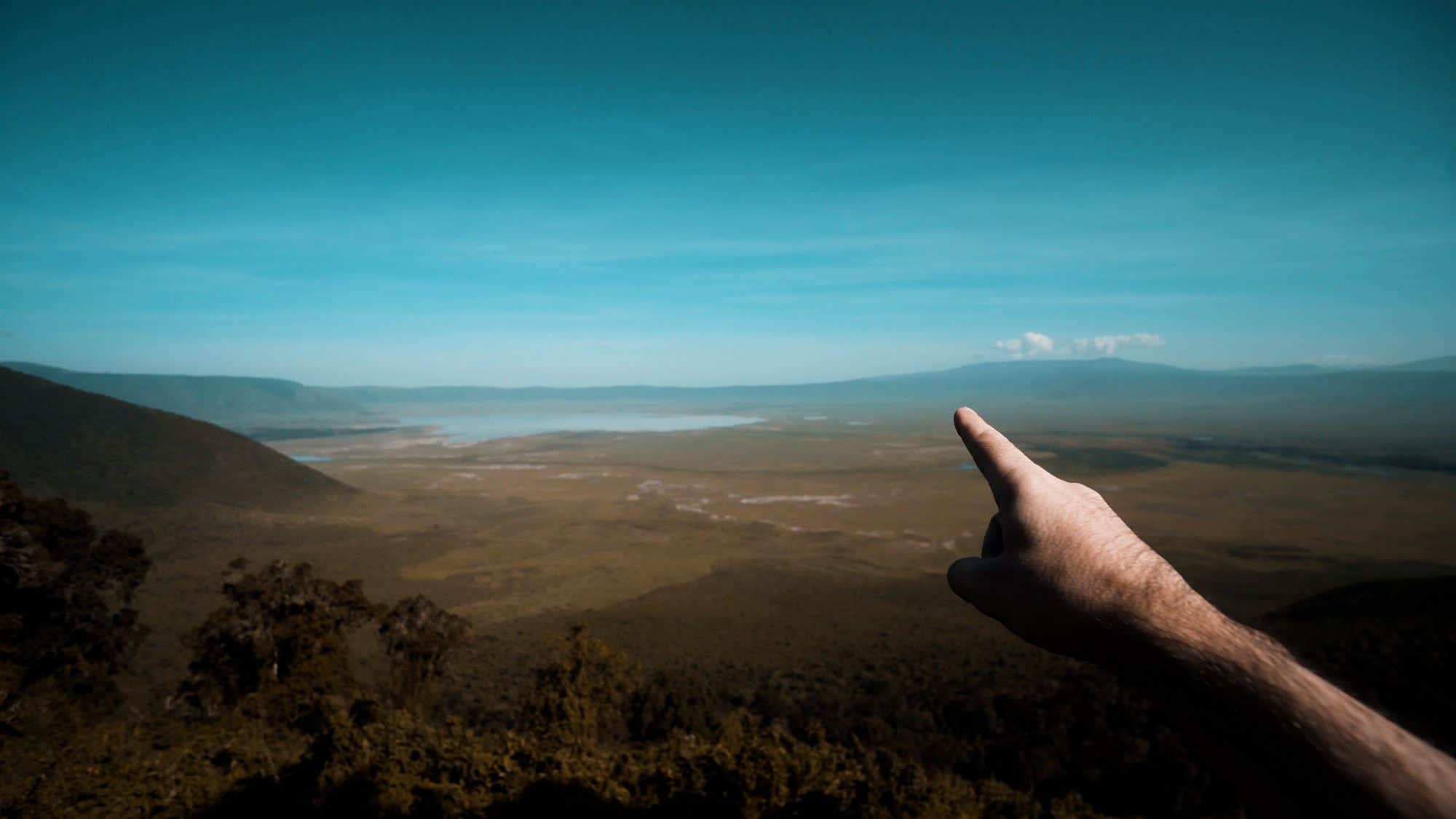 Large animals inside the the crater are attracted to the fertile soil and lush vegetation. Some say a lot of animals got stuck inside and cant get out.  I think this is true 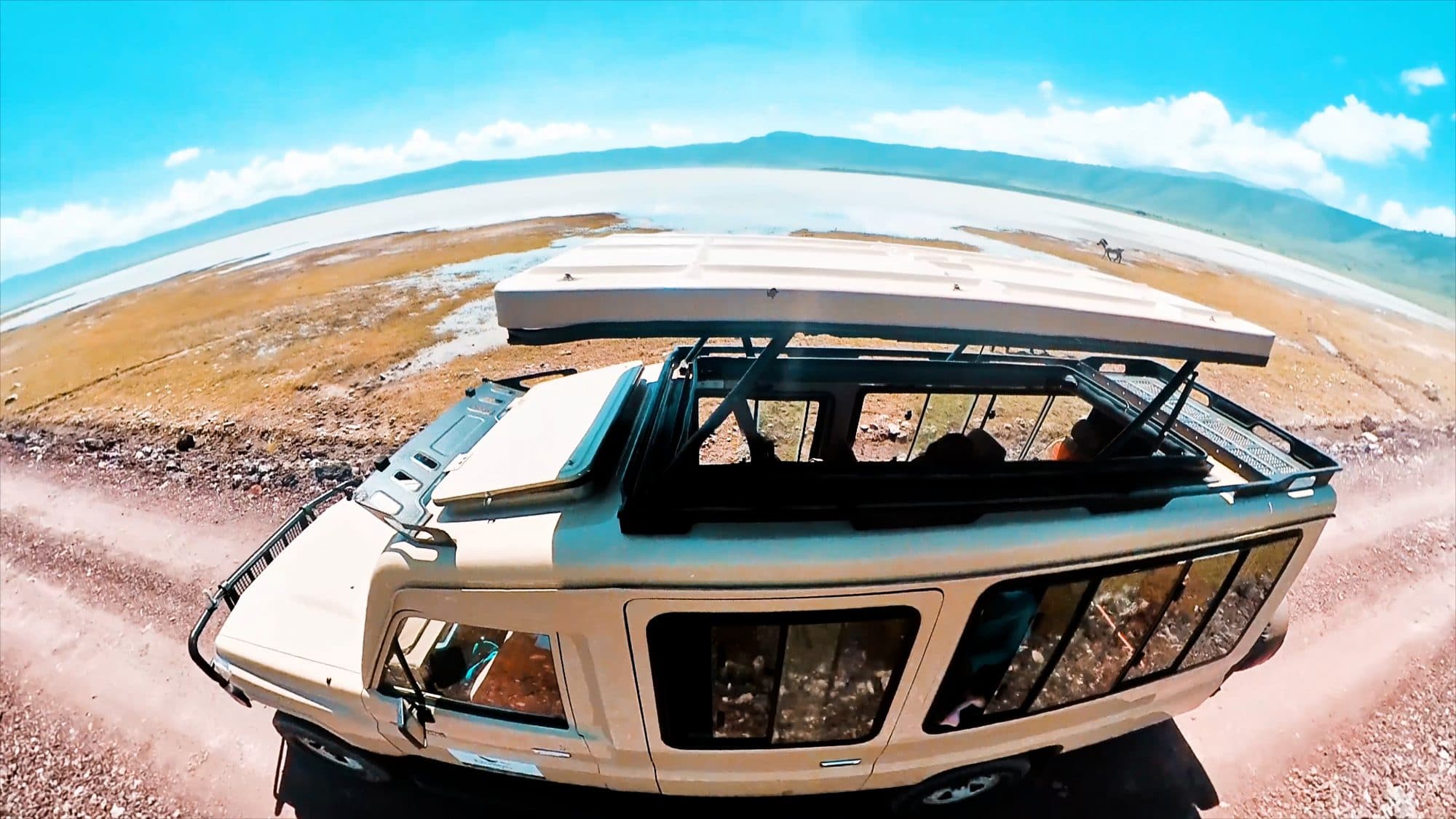 Zebras qre quite abundant also with around 4,000 of them inside the crater Its always a mesmerizing and magical experience seeing a zebra probably because they are quite social and even sleep in groups. 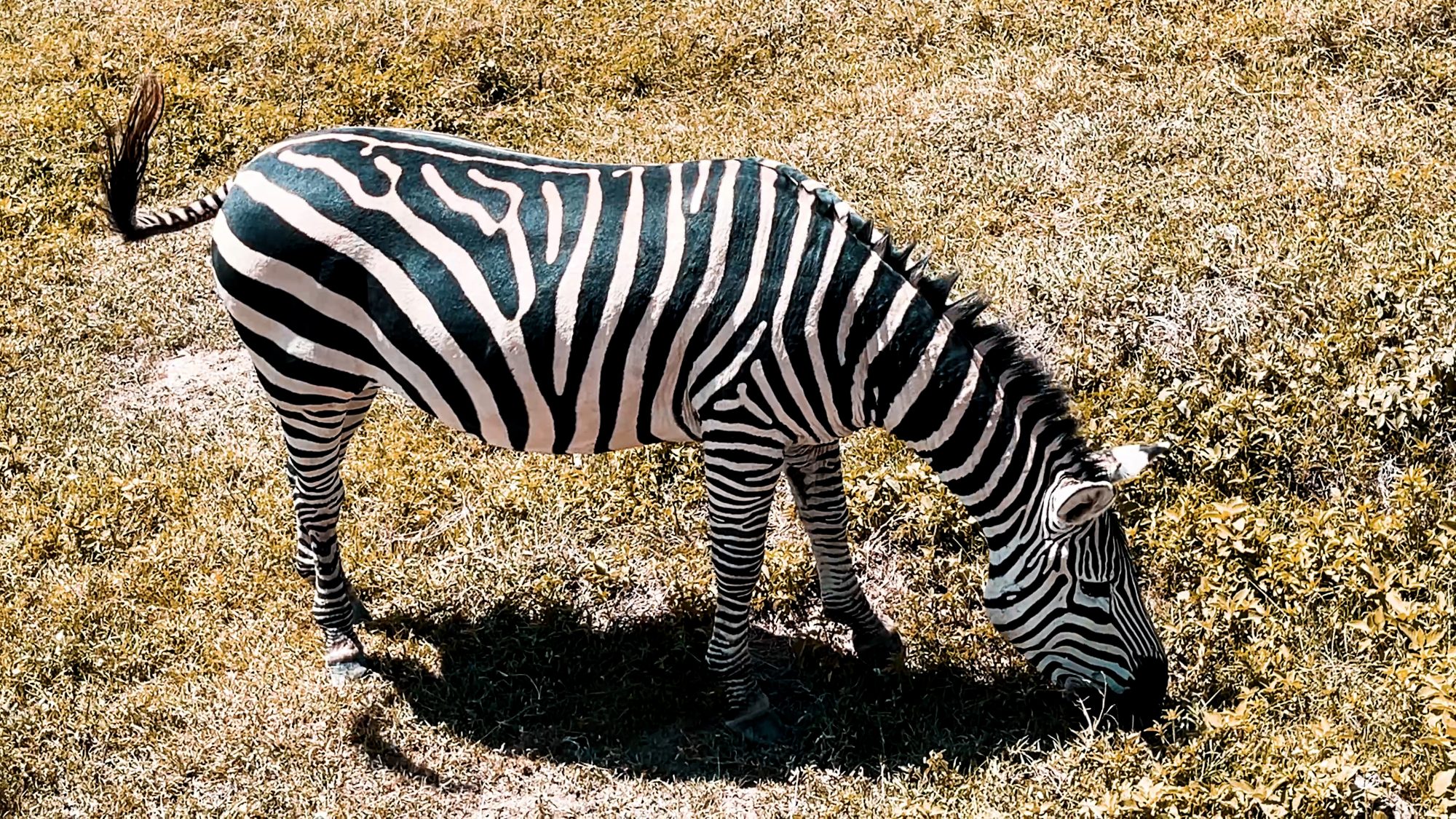 The buffalo is the most common animal inside the crater Their main predator are humans. But stand clear because they can be quite dangerous apparently There are around 4000 of these inside 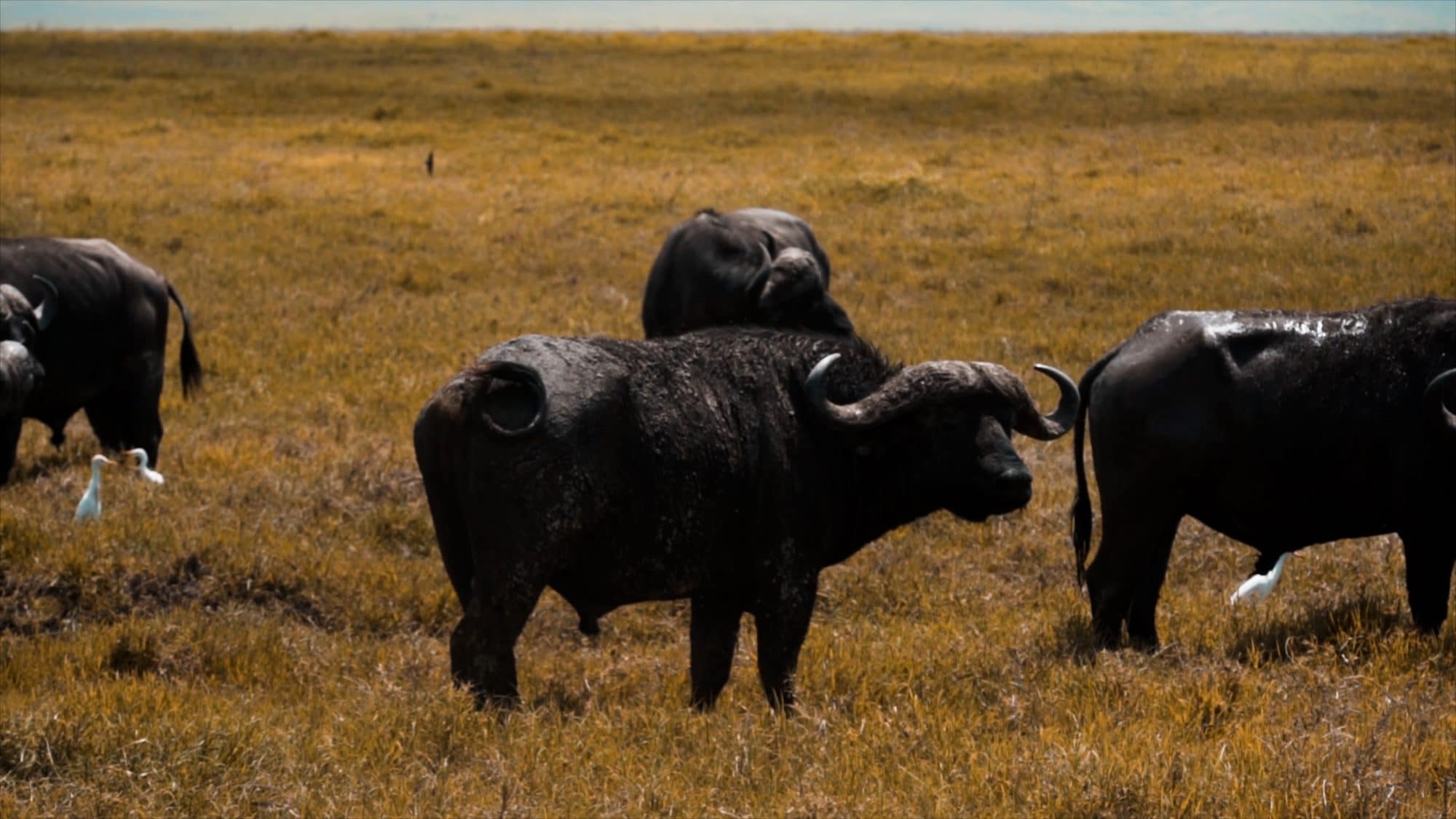 Black Rino are quite rare. There are only around 5000 in the world according to WWF. Surprisingly the name has got nothing to do with the colour. It could come from the black soil it sometimes covers intel’s in. As you can see this one looks pretty white .There are only around  37 of these in the Crater. 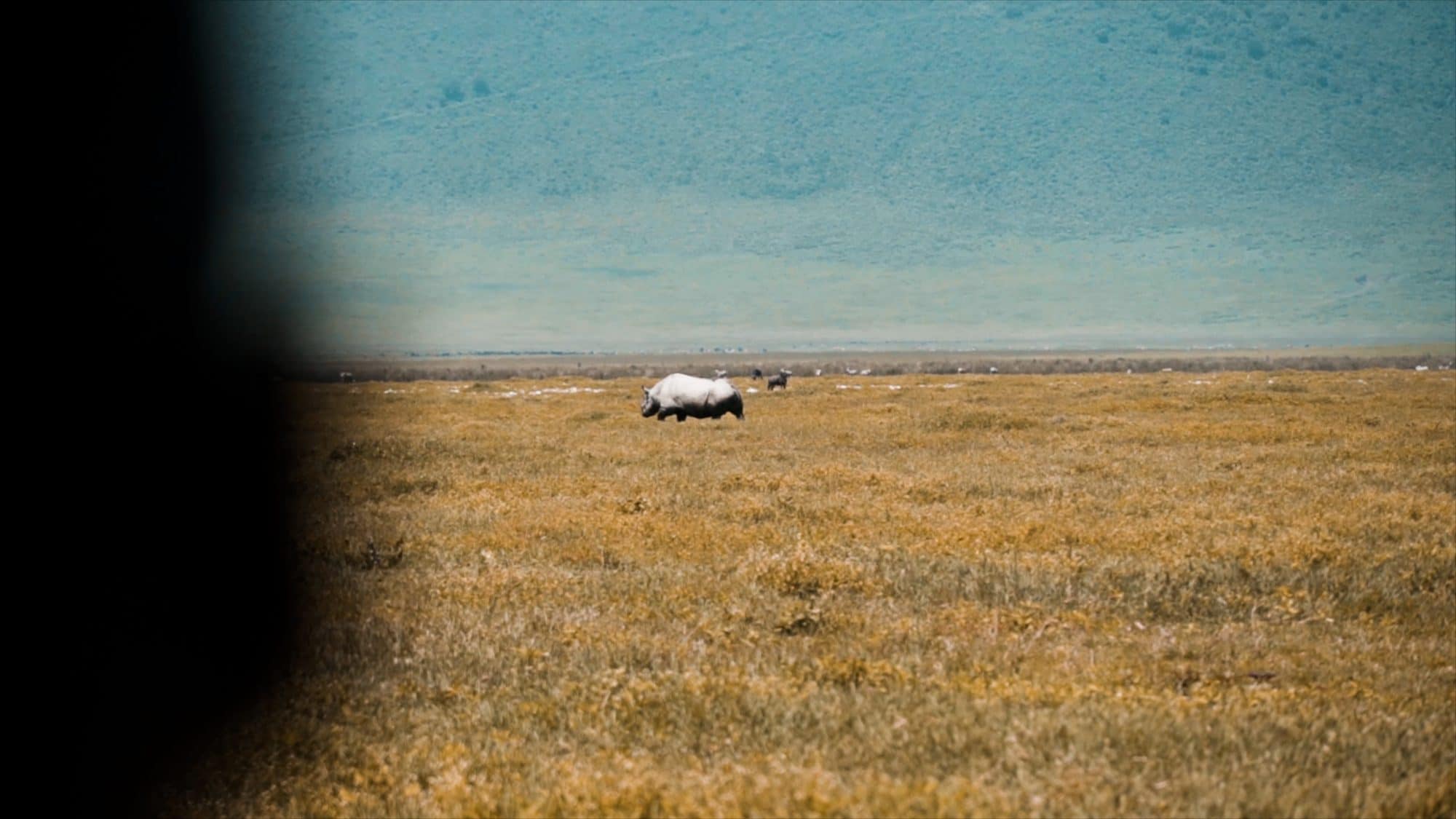 The majestic African elephant is actually quite rare also in Ngorongoro Crater. There are only around 30 inside 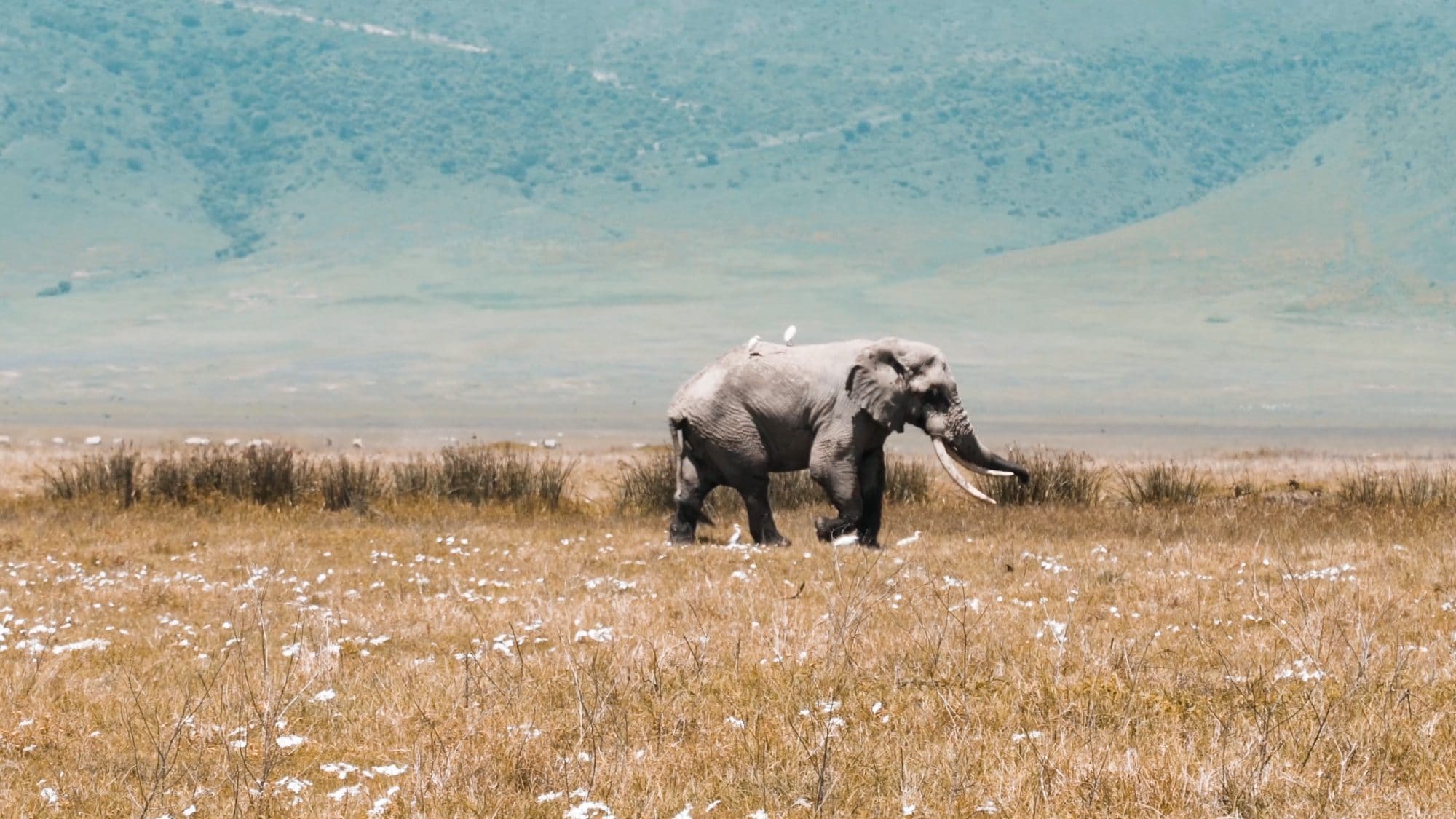 These Wildebeasts have a population of around 7,000 inside and can run 50 mph

These birds are a beautiful sight and are very common in Ngorongoro crater. . The best time is from September to April. Birds are attracted to the alkaline fresh water lake inside the crater.

These are herbivores and look quite cute from afar. But don’t let this fool you they can be quite aggressive. They don’t roam around as much as the other animal but consider yourself lucky if you see one as you can see is a delightful sight. 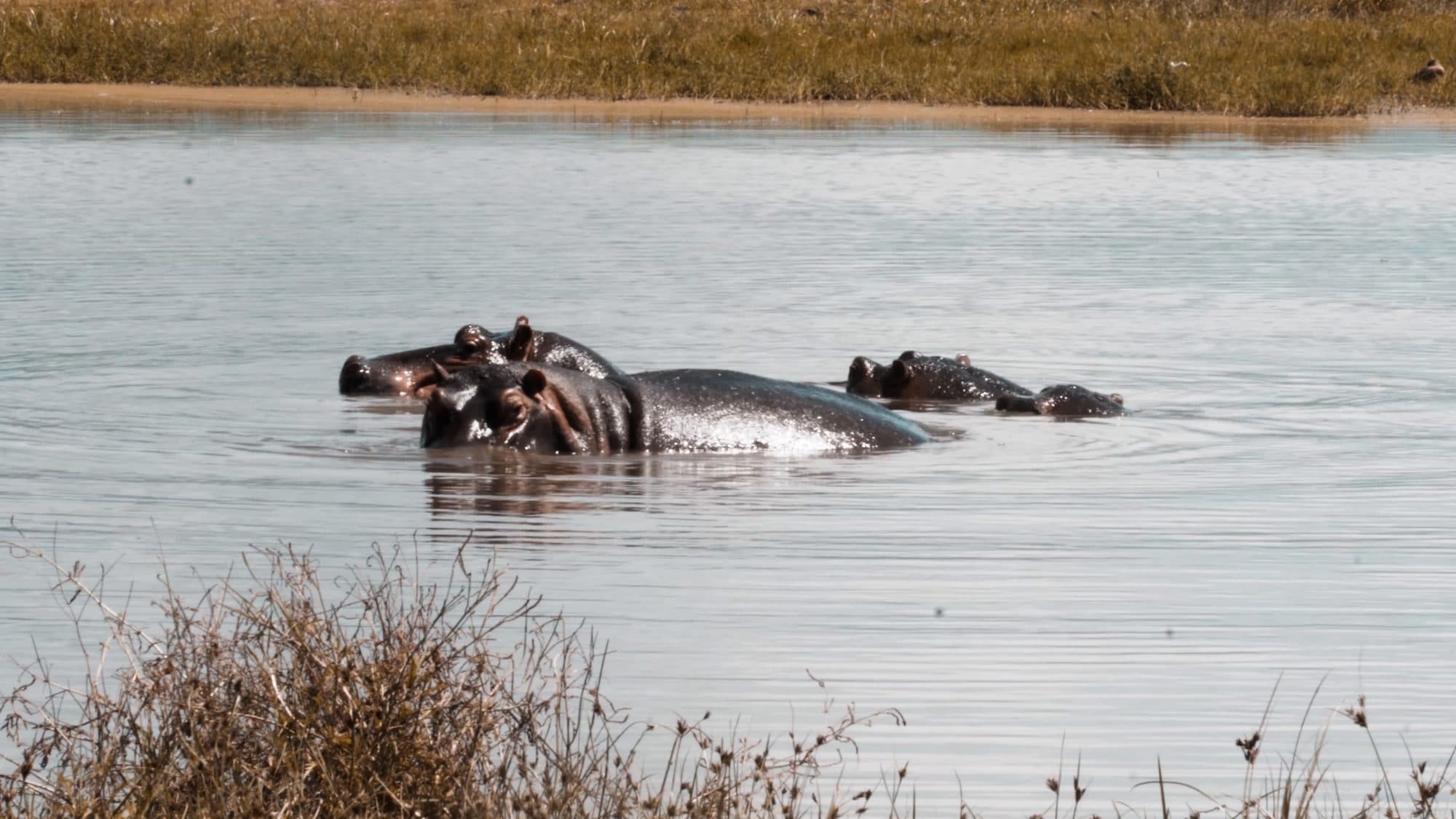 The big 5 of Africa can all be found inside the crater: Rhino, leopards,, elephants, buffalo and lion. 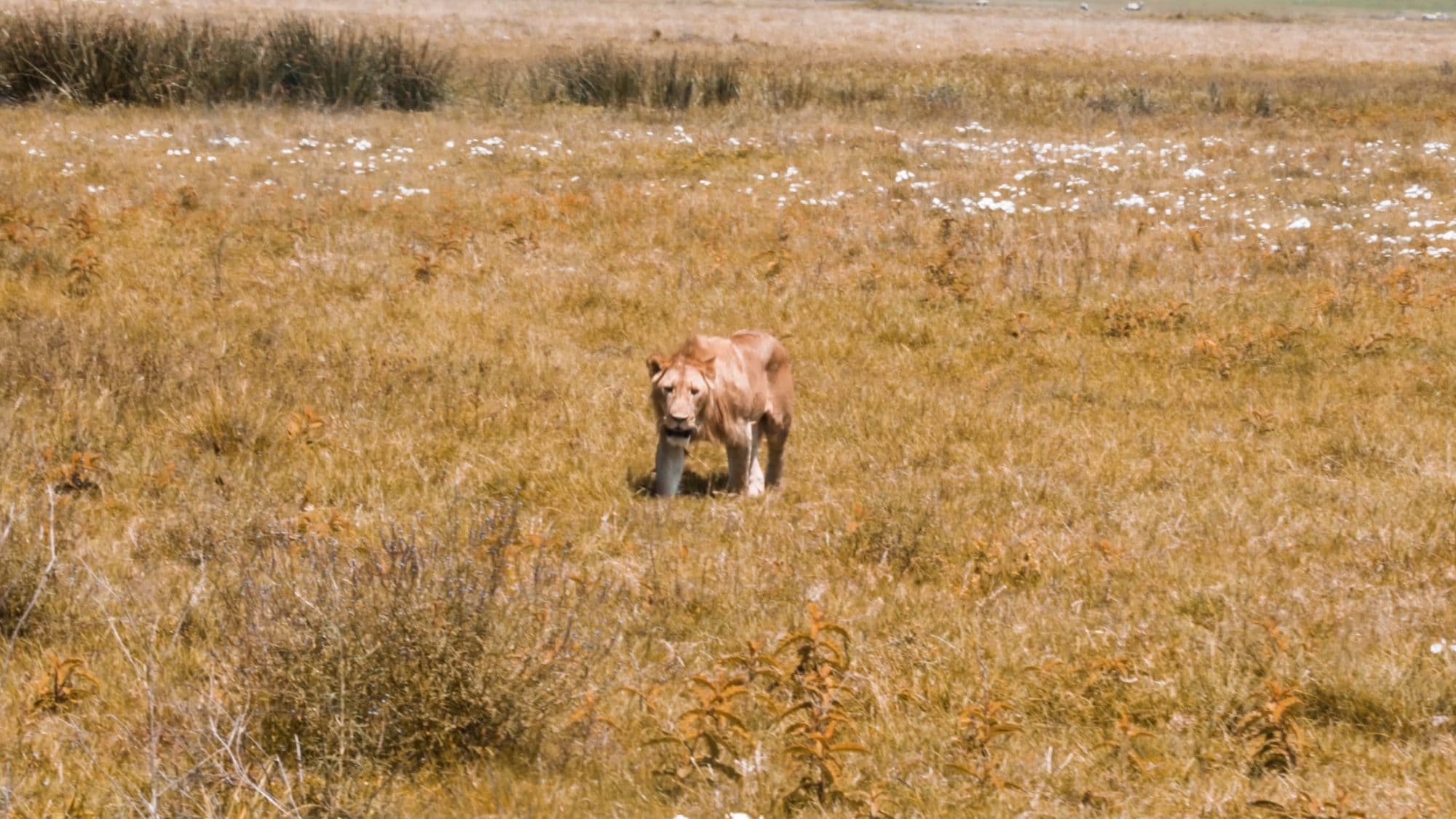 Unfortunately this is the only one out of the big 5 I didn’t see. Leopards are quite hard to see in the grass. Usually the leopards up in trees stalking their prey on the outer side of Ngorongoro Crater. They are the rarest to be seen inside the crater and they keep a low profile.

Was it Worth it?

If you ever come to Tanzania, you should try and come to Ngorongoro crater, definitely. The big 5 of Africa can all be found inside the crater and you can see them pretty quickly once you are there. Rhino, leopards,, elephants, buffalo and lion. This was actually w well worth once in a lifetime experience. If you are wondering what the trip itinerary is and the price, I’ve included it below.

-Early in the morning our driver guide will pick you from allocated area in
Arusha
-Included in the price:
• Game drives viewing in a custom built 4×4 Safari Land Cruiser
• All parks entrance fees
• Professional English- that speaks english,  driver-guide during the safari.
• Ngorongoro Crater car supplement fee (if any)
• Picnic Lunch while on safari
• Current Government taxes and levies
• Bottled safe drinking water in safari vehicles
• 24-Hour support during the safari from our office in Arusha.
Excluded from the price:
• Internal or International flights
• Additional excursions while you are in Tanzania / in a hotel including
body massage, hotel excursions, bar & laundry services
• Entry visa to Tanzania
• Travel and health insurance
• TIPS to your guide, hotel staff, and porters
• Meals, drinks, and excursions not described in the itinerary
https://www.excellentguidestz.com/