I’m so excited about the new flights to Mumbai, China and Thailand, by the end of the year. So, Im gonna do a  Air Tanzania Economy Class from to Lusaka, Zambia to Dar Es Salaam.

So Air Tanzania has 3 types of Planes .

This is that small funky plane with the propellers

Which has 6 business class and 70 economy .

Theres 3 of these planes. 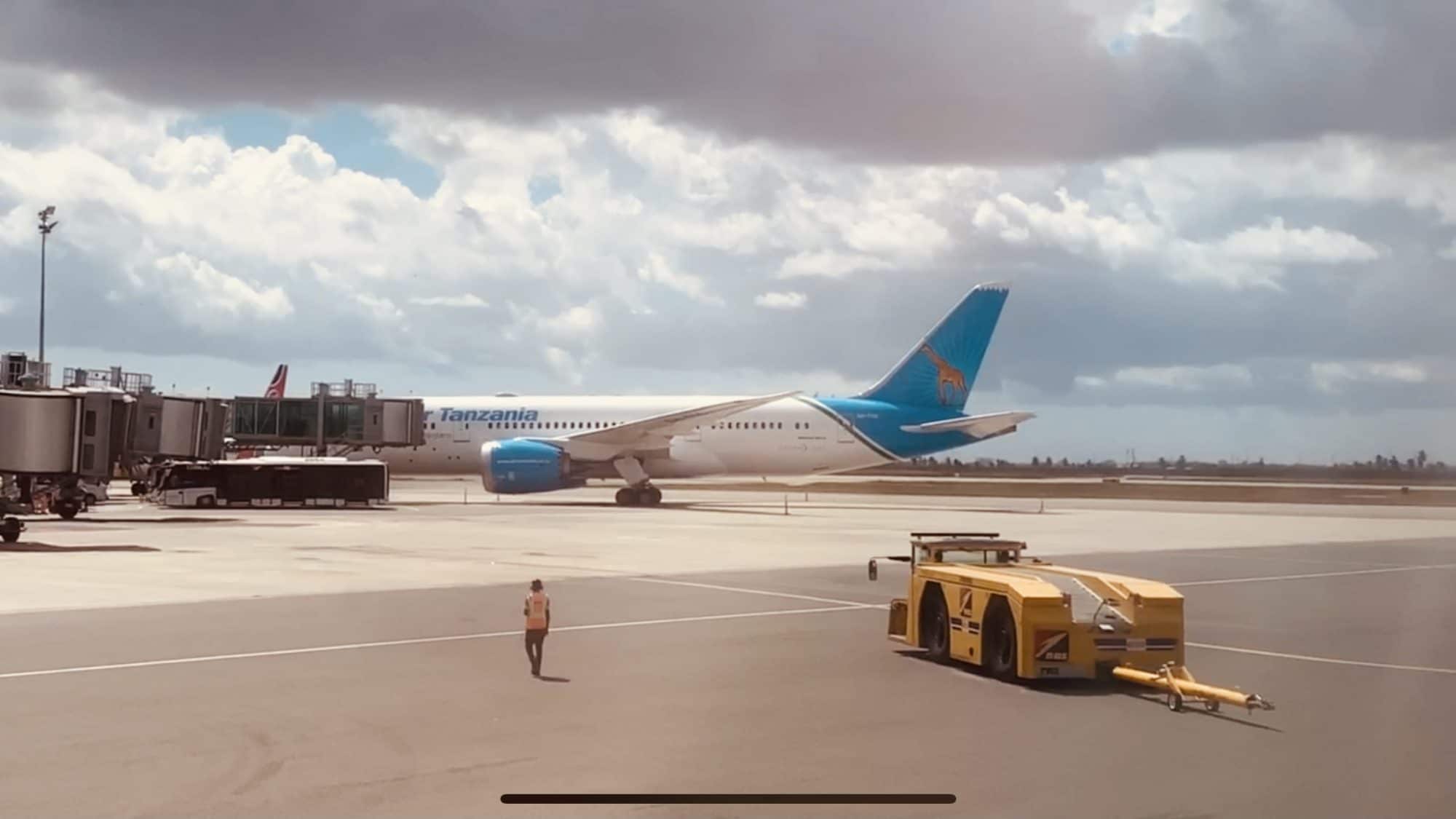 This plane has 12 business class and 120 economy

And then there’s the new one, which has 22 business class and 240 economy

I think they only have 1 of these 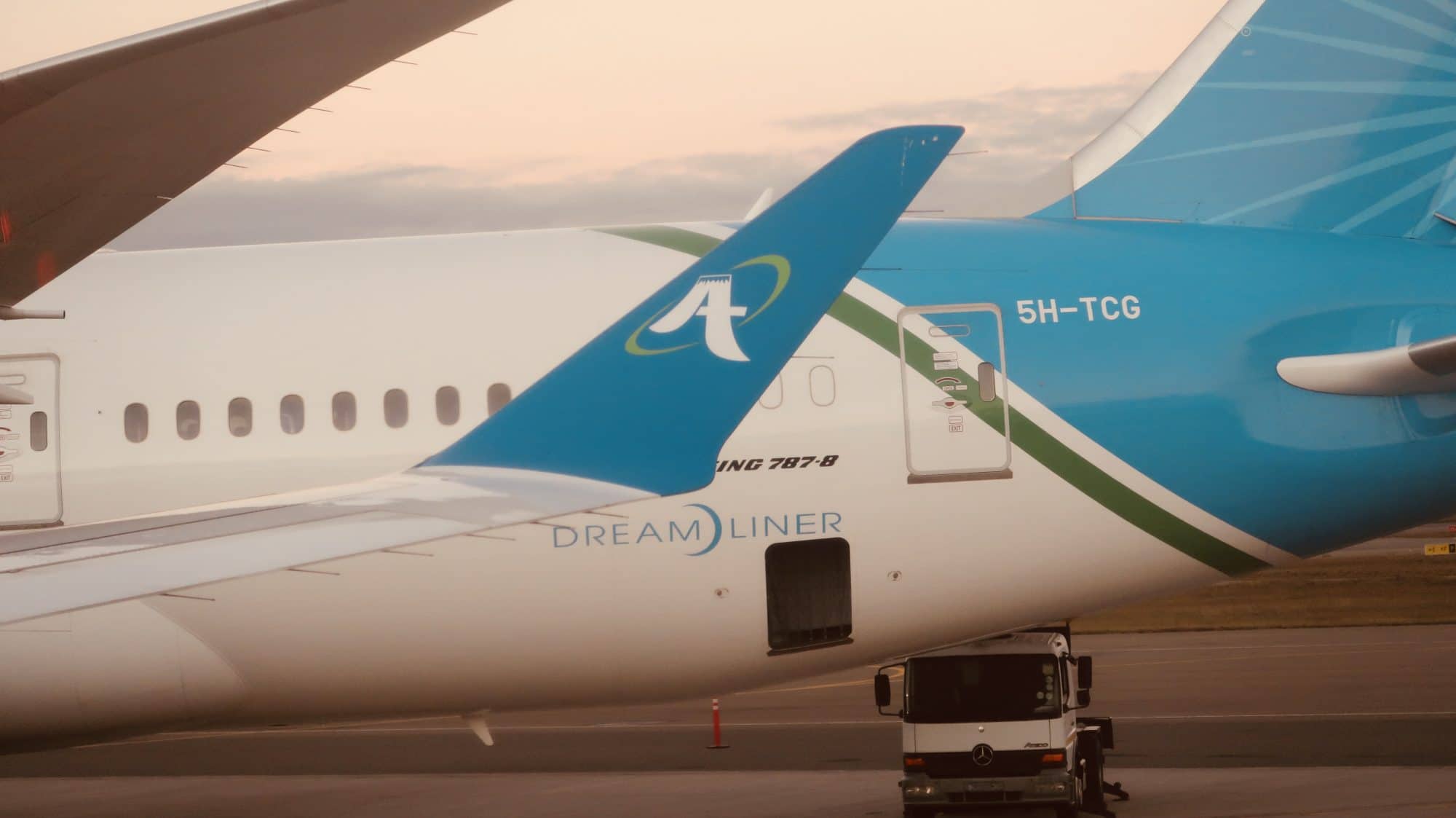 So check-in: it was very good actually

When I got to the counter it was only about 2.5 mins to check my bag in and everything

The guy was very softly spoken. I could only just understand what he was saying

But overall this is the quickest Ive ever check in at an airport so overall. I’m giving this a 5 out of 5 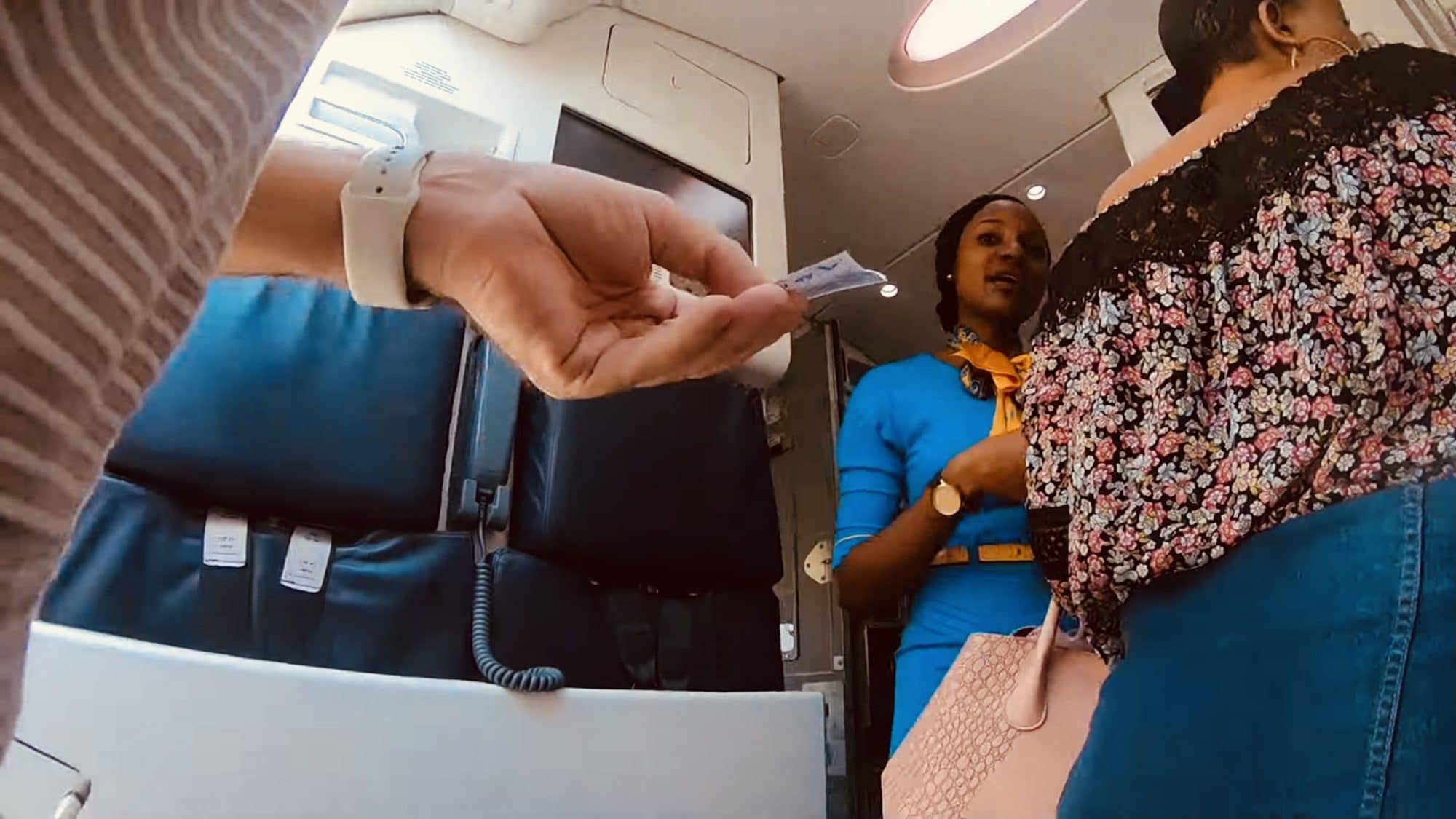 Its a 2hr 20min flight with a 1 hr time difference

Then you hand that in and they give you this other card here.

So, its now 2:42 and just getting on the plane now

I’m flying on Airbus 220 which is the 2nd largest aircraft out of the 3.

So, usually when I fly, I fly business class, 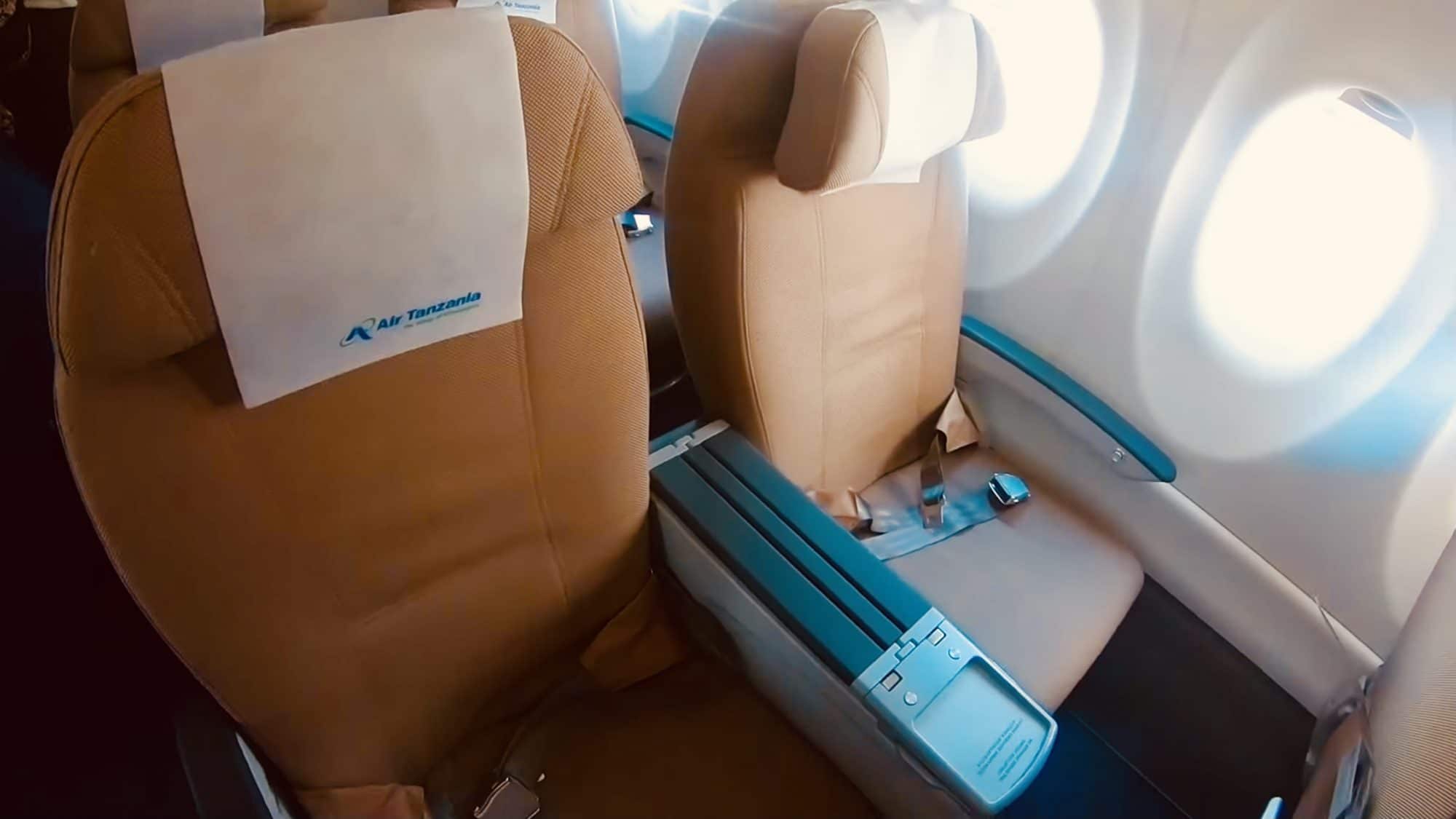 But today I fly economy especially for you.

Flight was only 50 minutes late.

On arrival and departure the Jurassic Park theme playing which was a nice touch.

Seat numbers weren’t allocated, you just choose what seat you want which was good.

No seats for everyone, you just pick yourself. 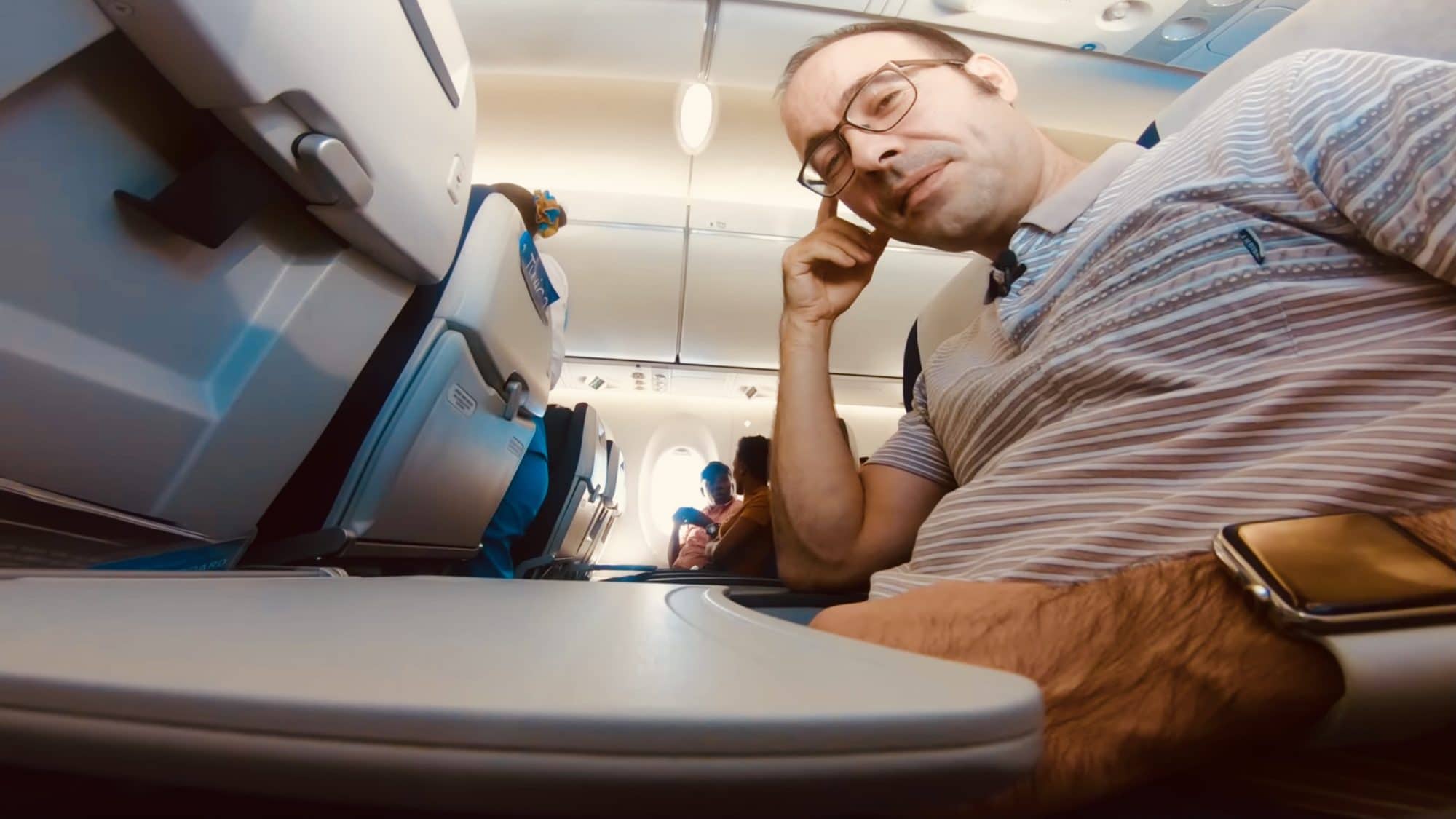 Which is good because I dont have to see bright screens and TVs everywhere.

Leg room was good. Ive seen a lot worse than this in economy.

Plenty or room to fit all my heavy gear in.

Tanzania has the best food in the world.

Meal was samosa, meatball and fishfinger.

Which was very very nice.

They had a lot of meat and fish inside them I did enjoy.

because the oven was broken.

I didn’t even notice.

And the beers were all African which suited me just fine 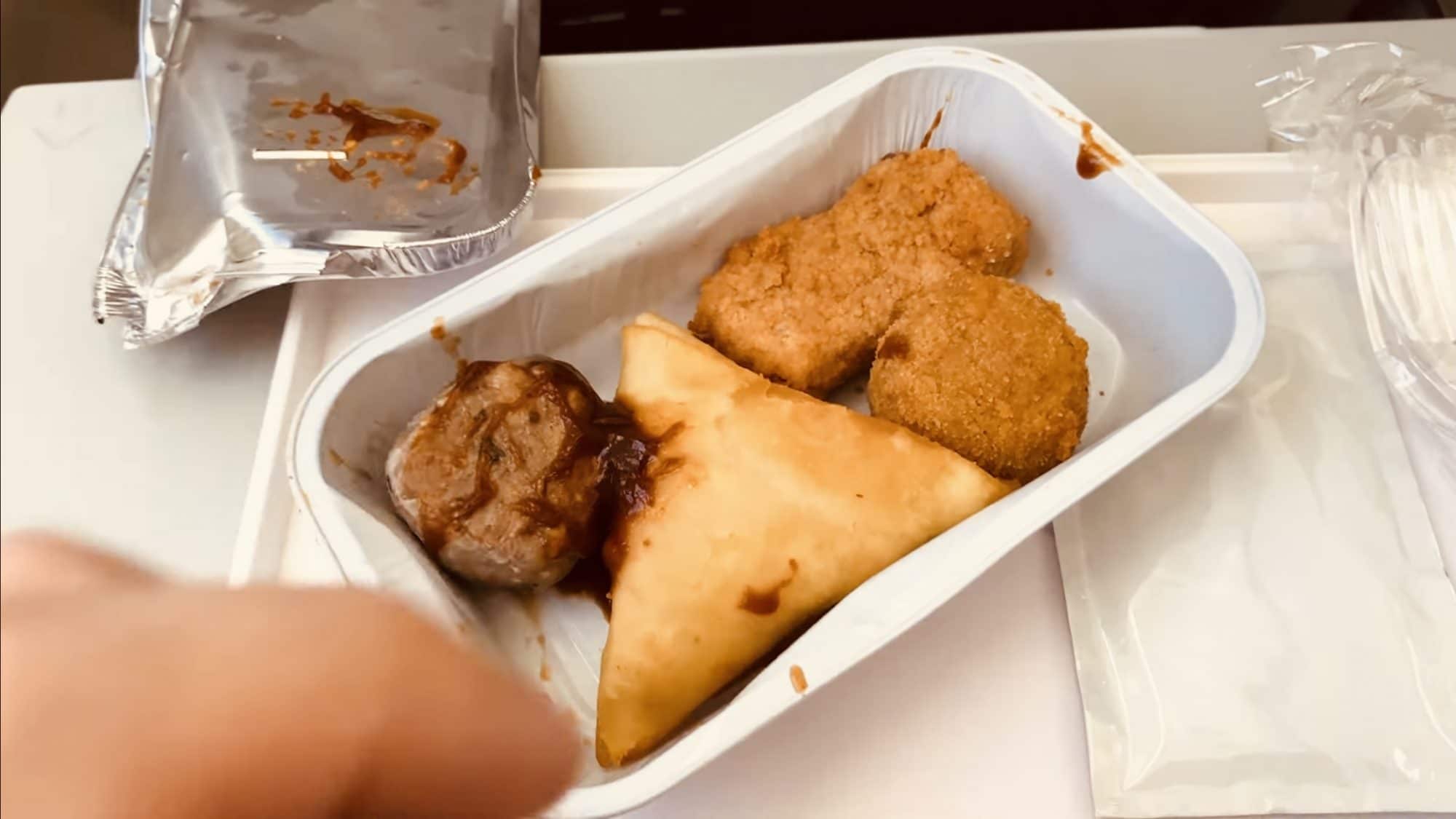 As you can see here the seats are very clean

In the toilet, you sink

Somewhere to clean your hands

What else can you ask for?

The cleanest plane I’ve ever seen.

Service was excellent. I had no trouble communicated with staff

They all spoke very good English and were very accommodating.

So, in conclusion I would give this  For Air Tanzania. 50/50 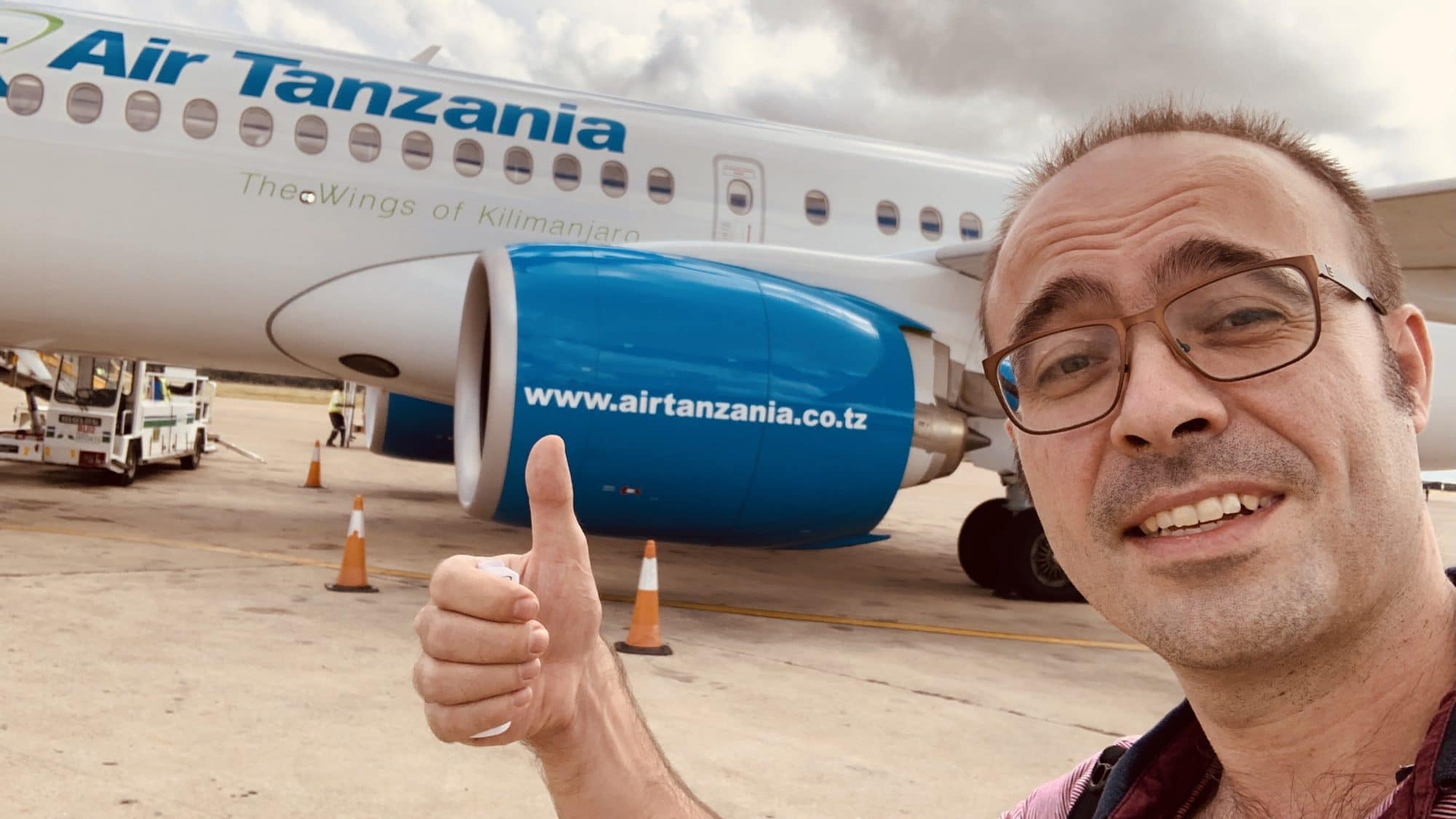