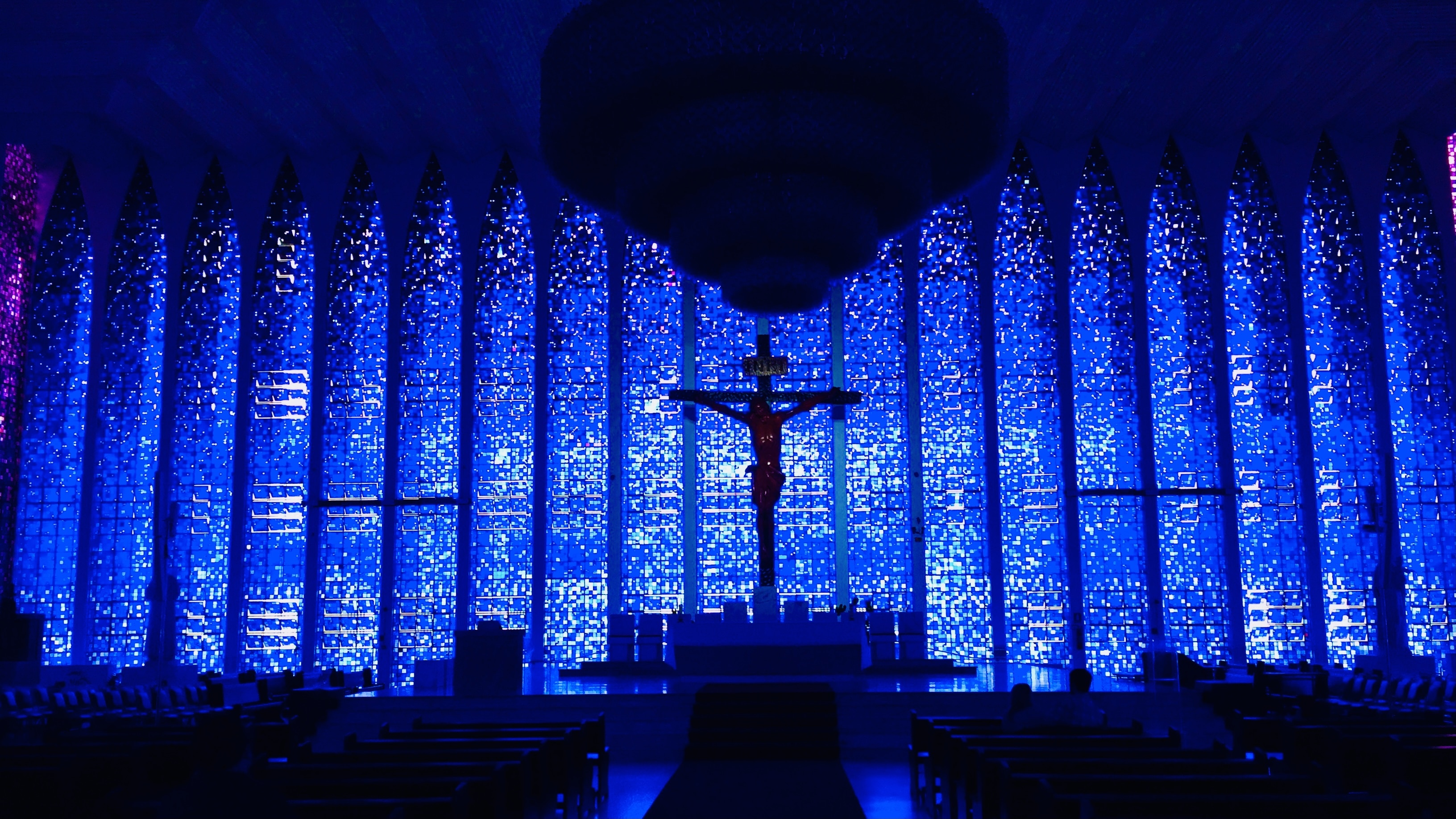 Architecture of Brazilia: Architect’s Trip of a Lifetime

Welcome to Brazilia, The City of the Future 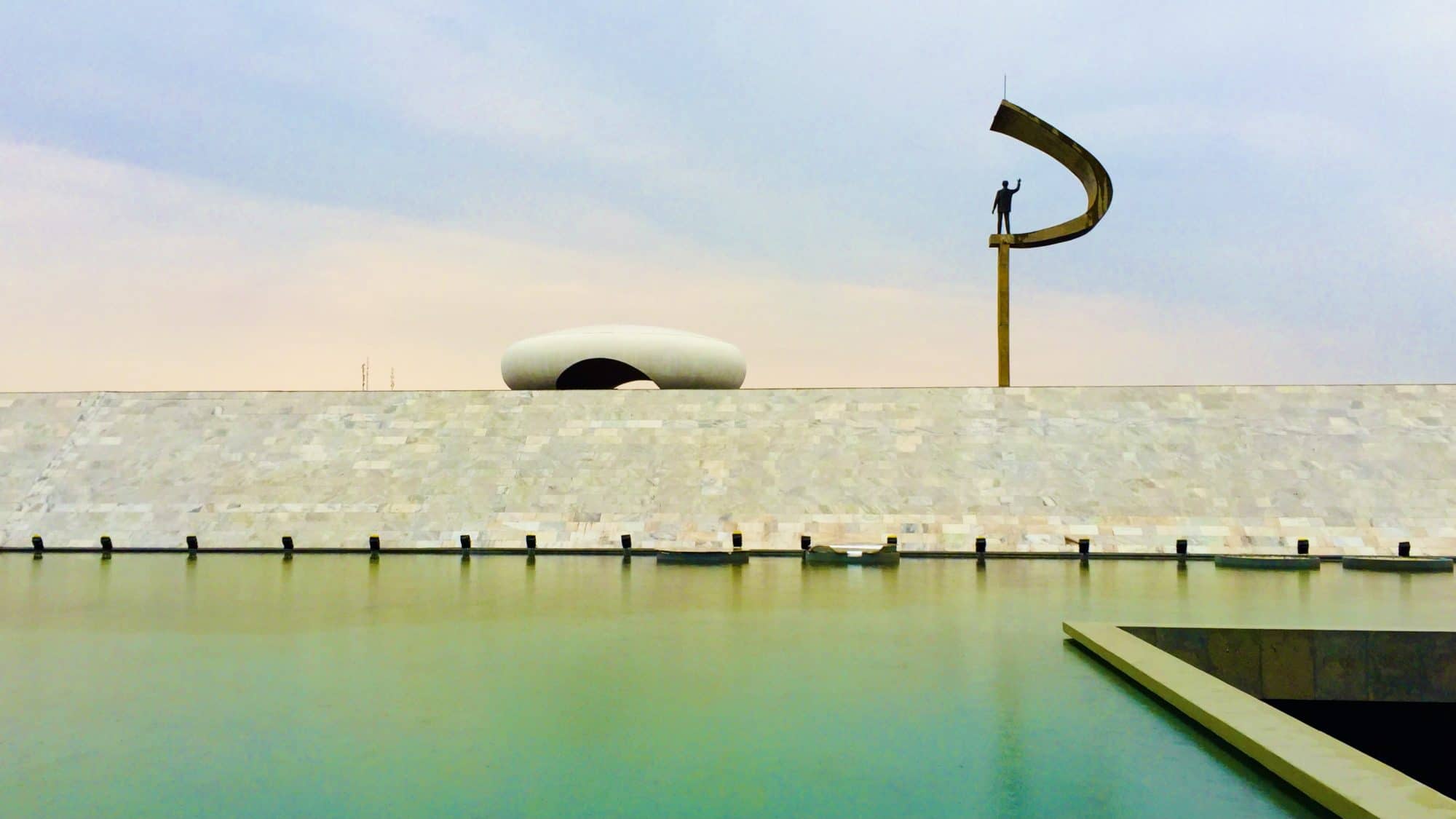 What to Expect in Brazilia

Just slightly south east of the center of Brazil, which seems in the middle of nowhere, you will find the capital city of Brazilia. It’s a fascinating contrast of influences that may or may not align to what we think is modern. You can expect a city where every building has been designed by and dedicated to one person. 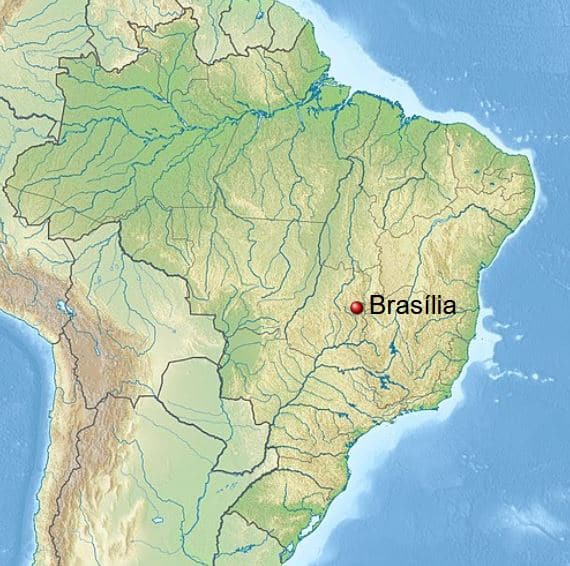 Location of Brazilia in Brazil

The urban design is shaped like wings of a bird.  A bizarre feeling is expected when you arrive in the Hotel district. There is nothing much nearby besides an odd Brazilian steakhouse for businessmen. The city is ghostly, spaced out and even apocalyptic. There are districts dedicated to retail, hotels, banking, government and even military buildings. It is not really pedestrian friendly, but don’t let that stop you walking around the architecture of Brazilia. 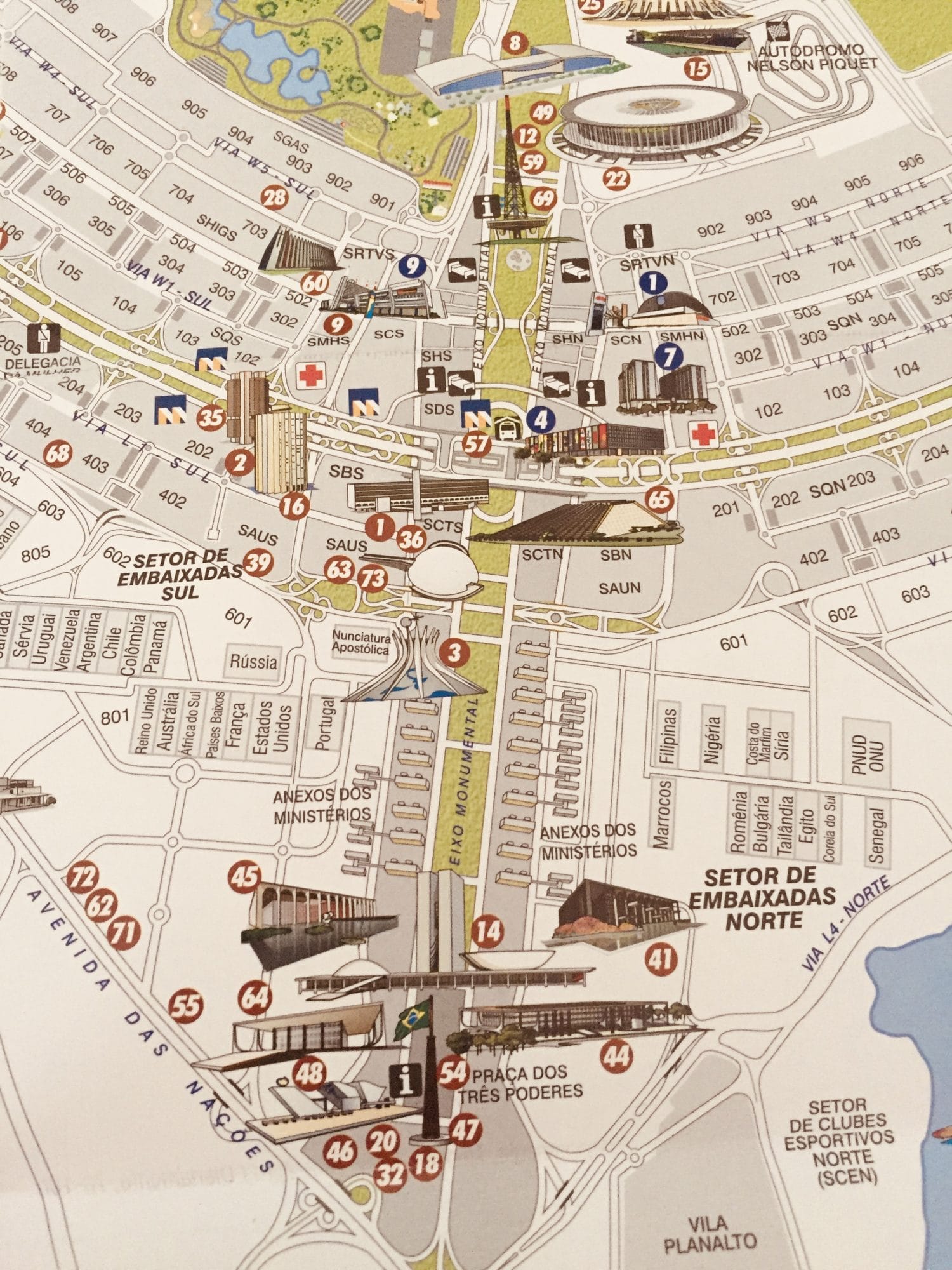 Map of the architecture of Brazilia

Some parts of the city you feel like you are in the outer suburbs of France, like you are walking in a scene from The Warriors. Then, walk another few blocks and you are surrounded by a visionary utopia. Out of date, yet also feels modern in parts. If you go to see Brasilia, you may or may not like the buildings, but you could never say you had seen something similar before. Those fine columns, the buildings like feathers touching the ground, all create an effect of surprise. 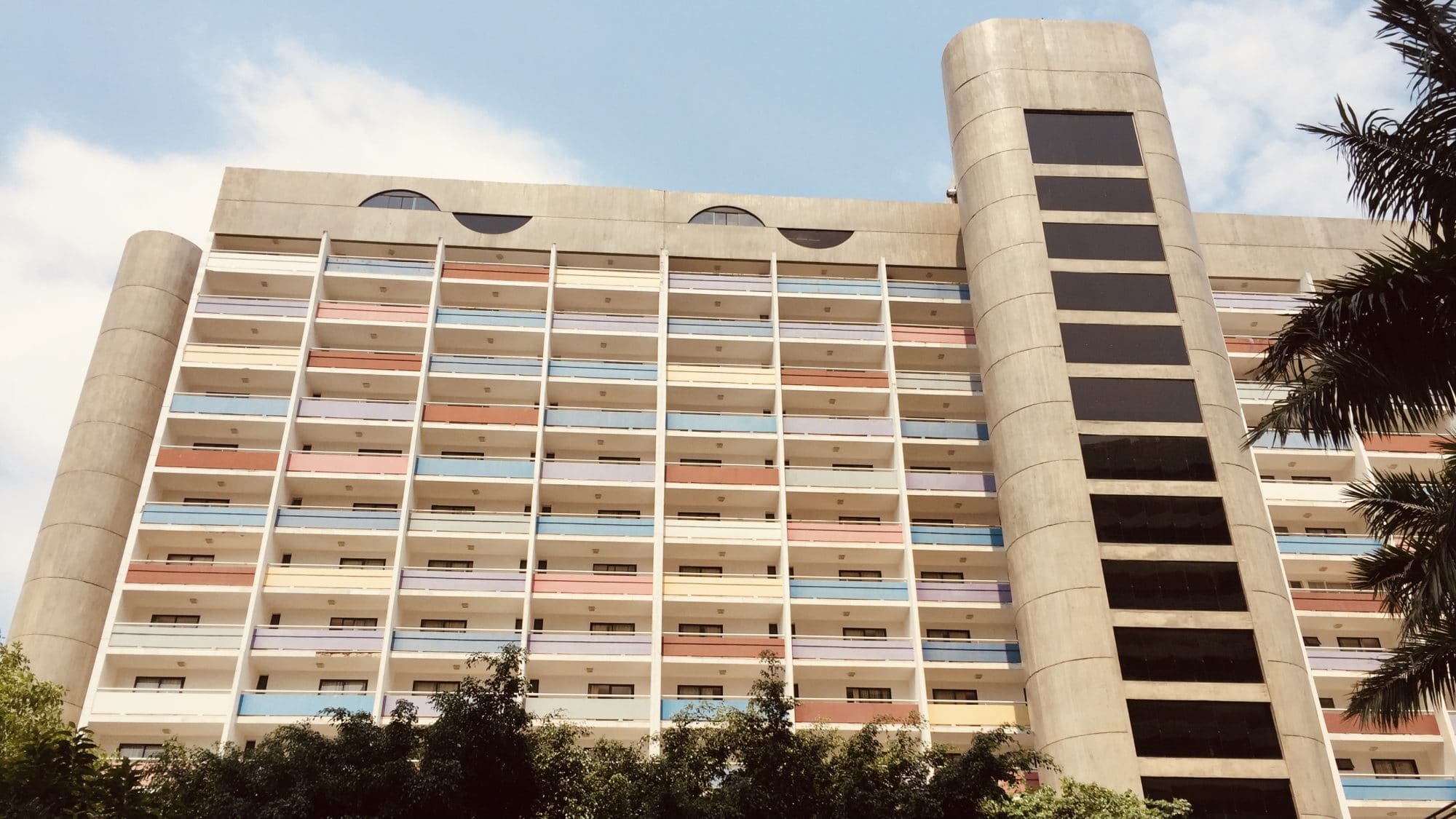 In the late 1940s, the Brazilian government had a vision to build a new capital city in the region. They wanted to create a modern, clean, and sophisticated city to rival any other in the world. They hired Lúcio Costa, an urban planning, Joaquim Cardozo, a structural engineer and Oscar Niemeyer, one of the most prominent architects of the 20th century, to design the architecture of Brazilia. Oscar Niemeyer was considered the most influential architect in the world at the time.

10 Architectural Reasons Why Every Architect Should Visit the Brazilia

Niemeyer designed at least 26 buildings in the Brazilian city. Mostly civic buildings they had geometrical shapes that serves as the headquarters for the Brazilian government. His exploration of the aesthetic possibilities of reinforced concrete was highly influential in the late 20th and early 21st centuries. The architecture of Brasilia is one of the most iconic in the world. However, it is not all Oscar Niemeyer, there are some other hidden gems too. 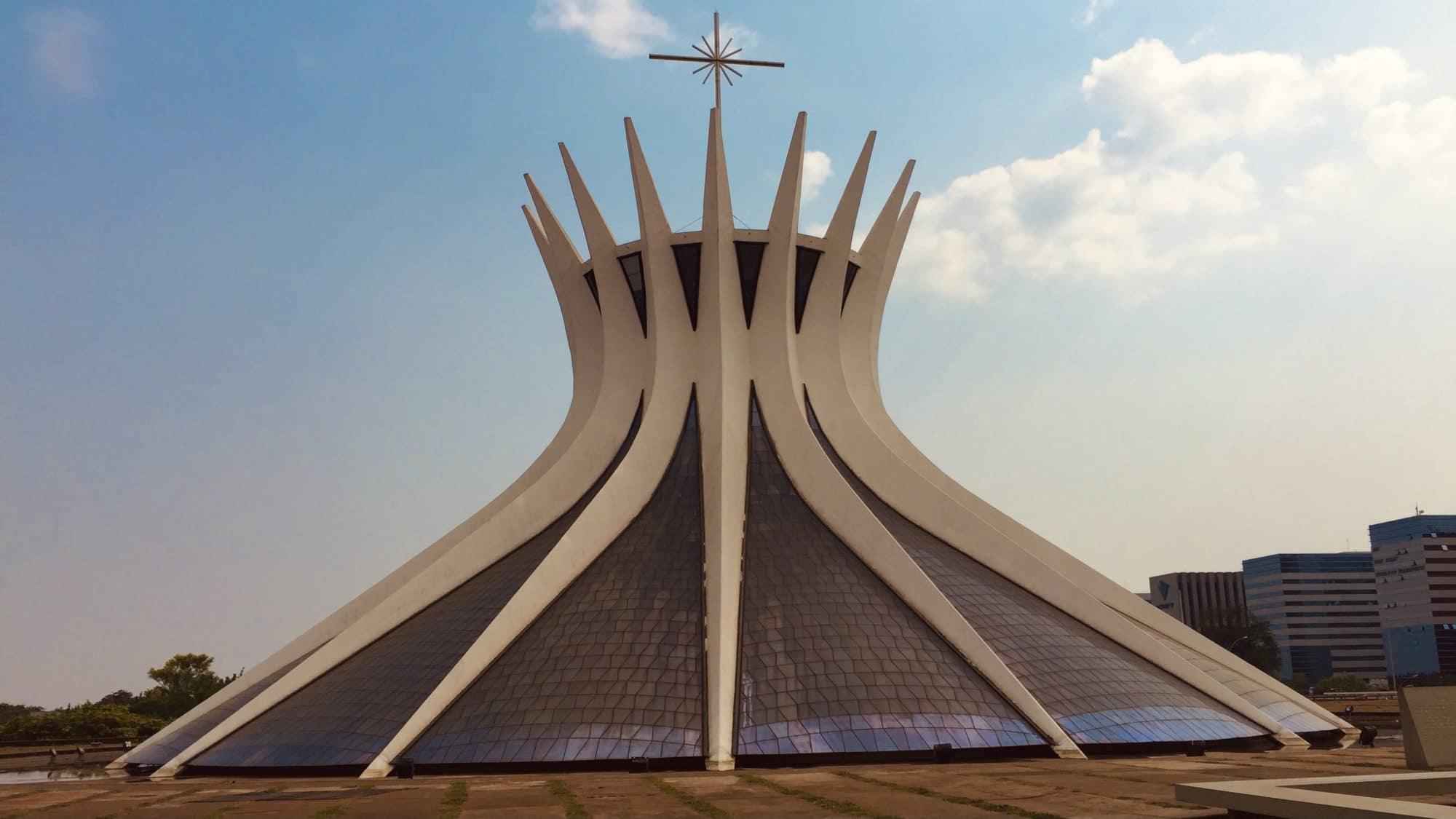 16 Columns of The Cathedral of Brasília

The Cathedral of Brasilia was one of the first buildings designed by Oscar Niemeyer in Brazilia. Its unbelievably that it was built in 1970. 16 concrete columns symbolizes fingers spreading out towards the sky. It features Niemeyer signature styles of core elements of exposed concrete, simplicity, harmonious curves, structural daring and bold forms. After walking through a small tunnel you are hit by a huge space of light , capable of holding 4,000 people the light really wakes you up. On the inside is stained glass work (actually made afterwards in 1990) but on the outside of the glass is fiberglass for more reliable weatherproofing. Angels suspend from the ceiling with cables. The confession boxes are also designed by Niemeyer with his signature curves. 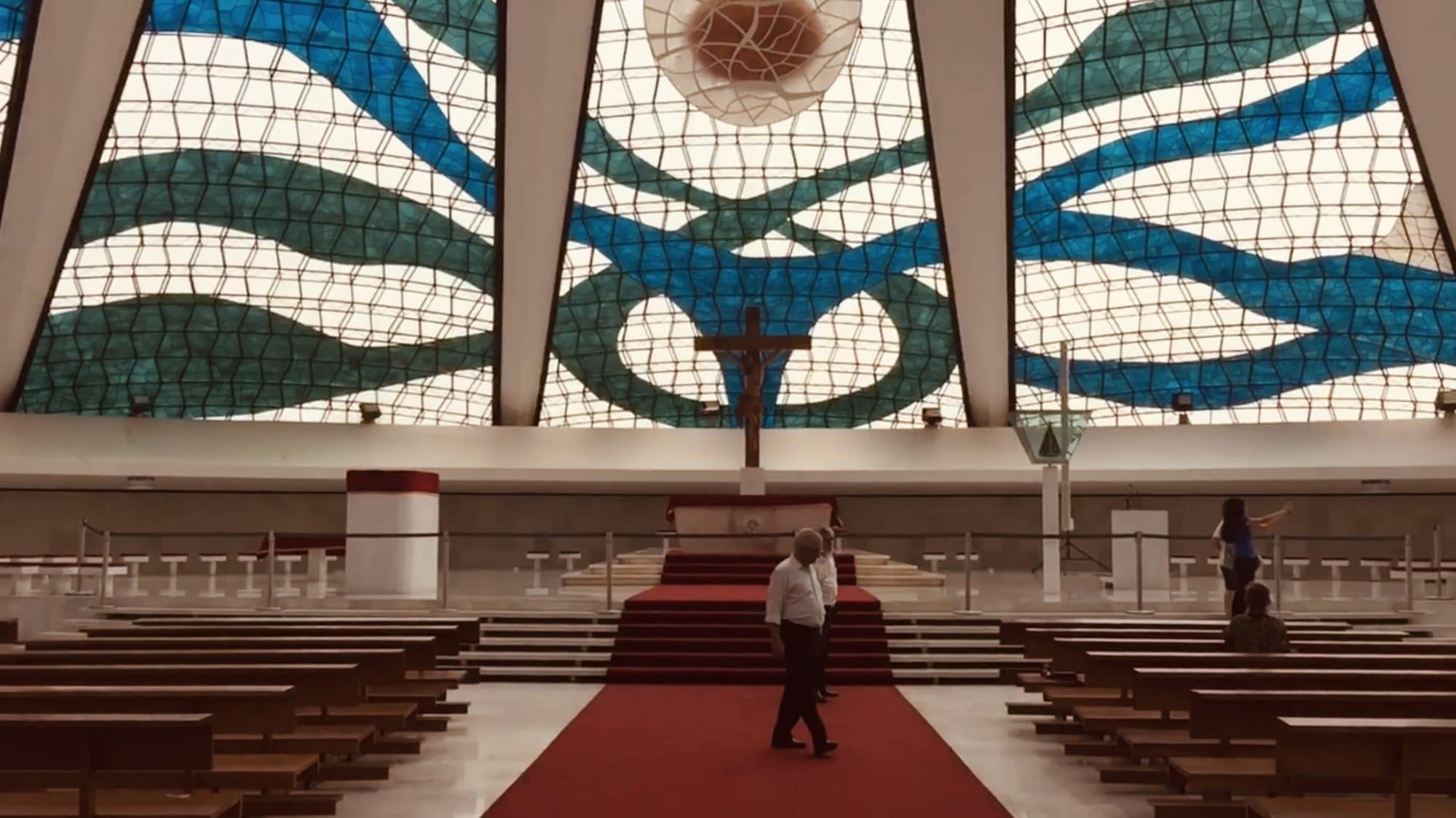 Cathedral of Brasília inside the stained glass 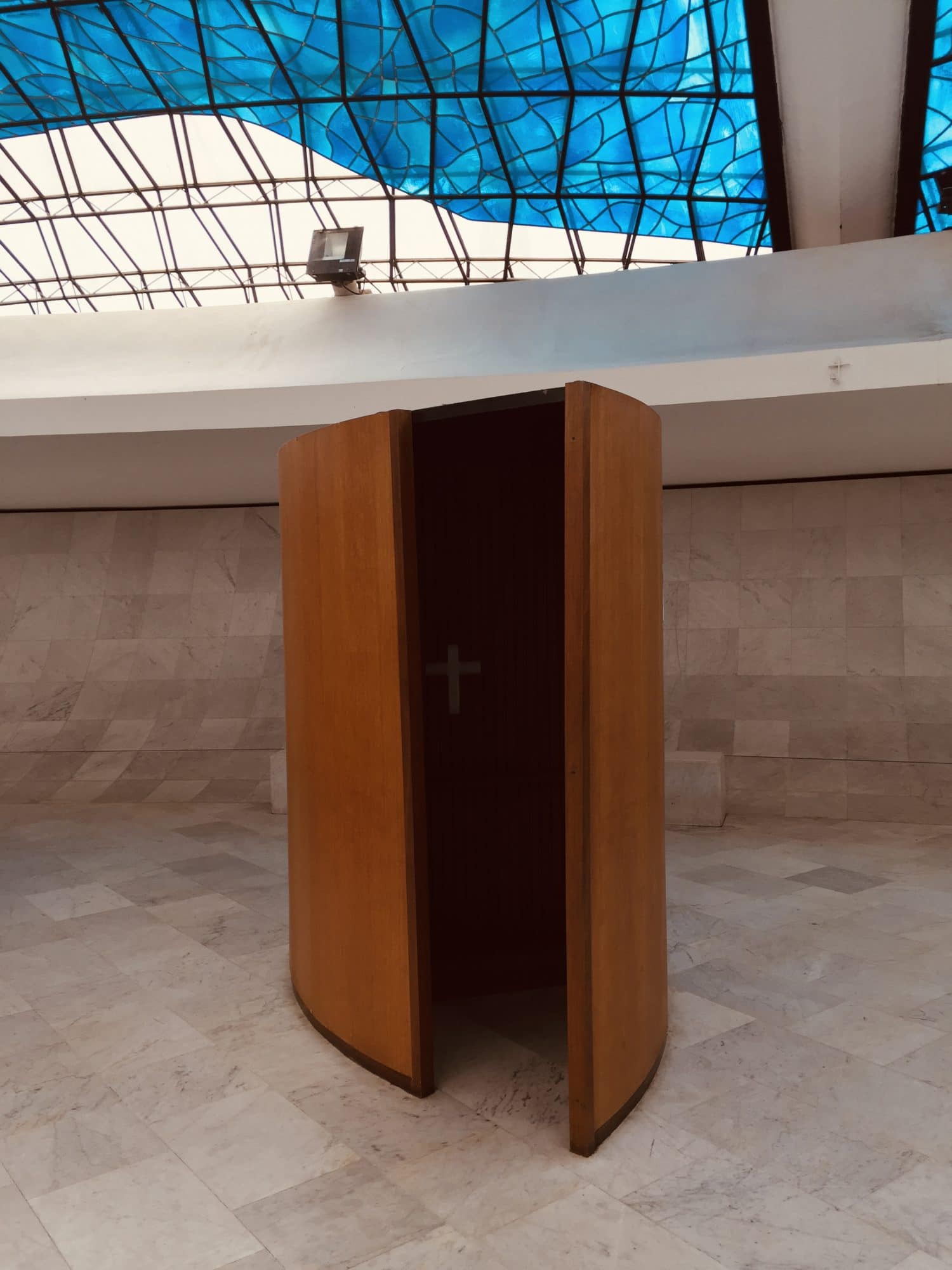 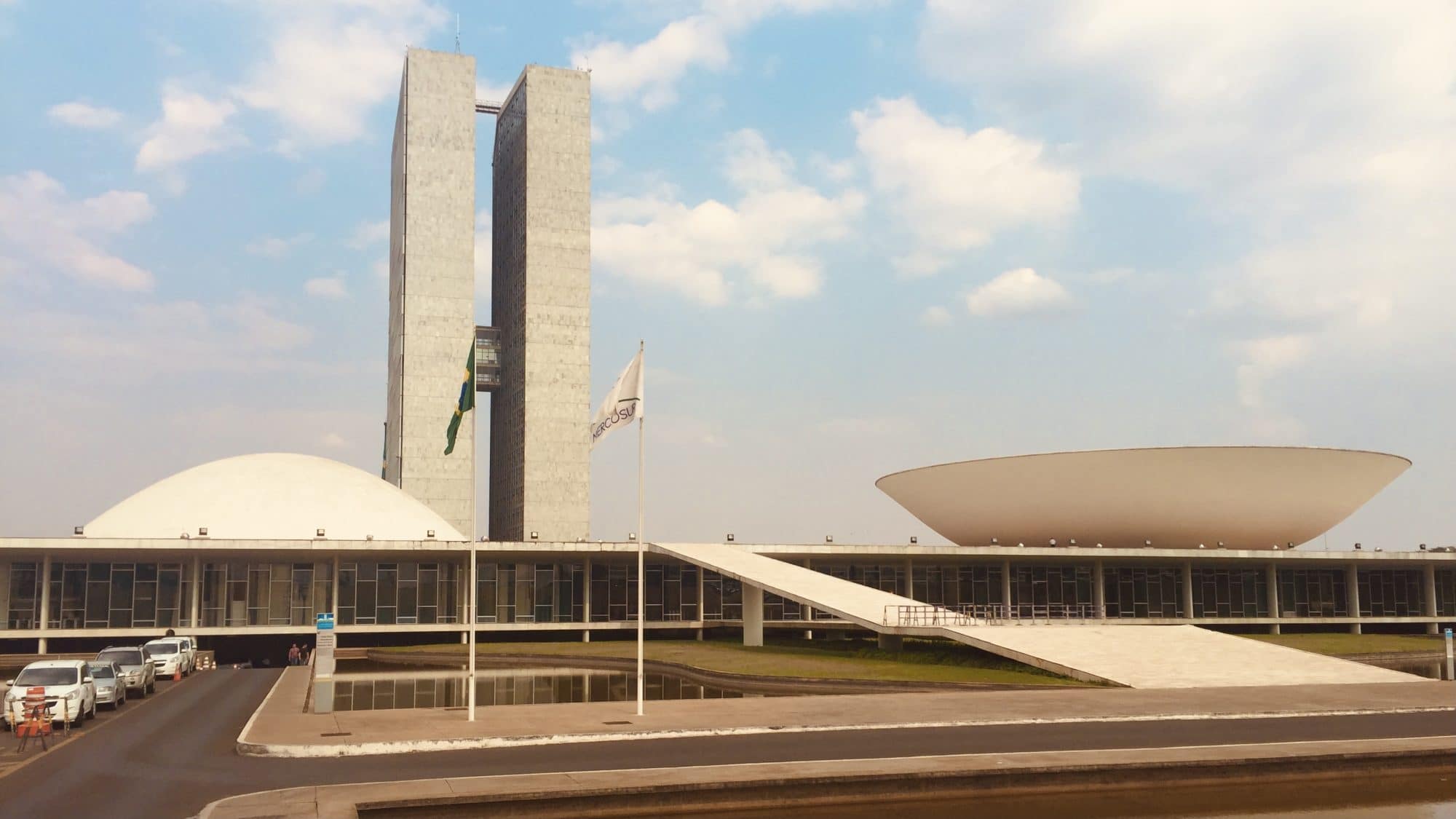 This is probably the most iconic building of not only the architecture of Brazilia, but also all of Brazil. Two legislative chambers are brought together. The dome on the left is the Senate,  then the bowl shape on the right is the  larger Chamber of Deputies.  Niemeyer inverted the symbolic dome to create a bowl shape. Then there are two office towers between them. Surrounding these elements are more congress offices with black glass connected with tunnels.

The main entrance on to the plinth is via a long ramp, truly connecting the urban planning.  The Plinth was intended to be a public plaza, which is outrageous for a government building, so it is never used. Neither is the ramp, with barriers present. The lack of handrails doesn’t help either! Vast green space surrounds the complex and and is used for mostly civic events and demonstrations. 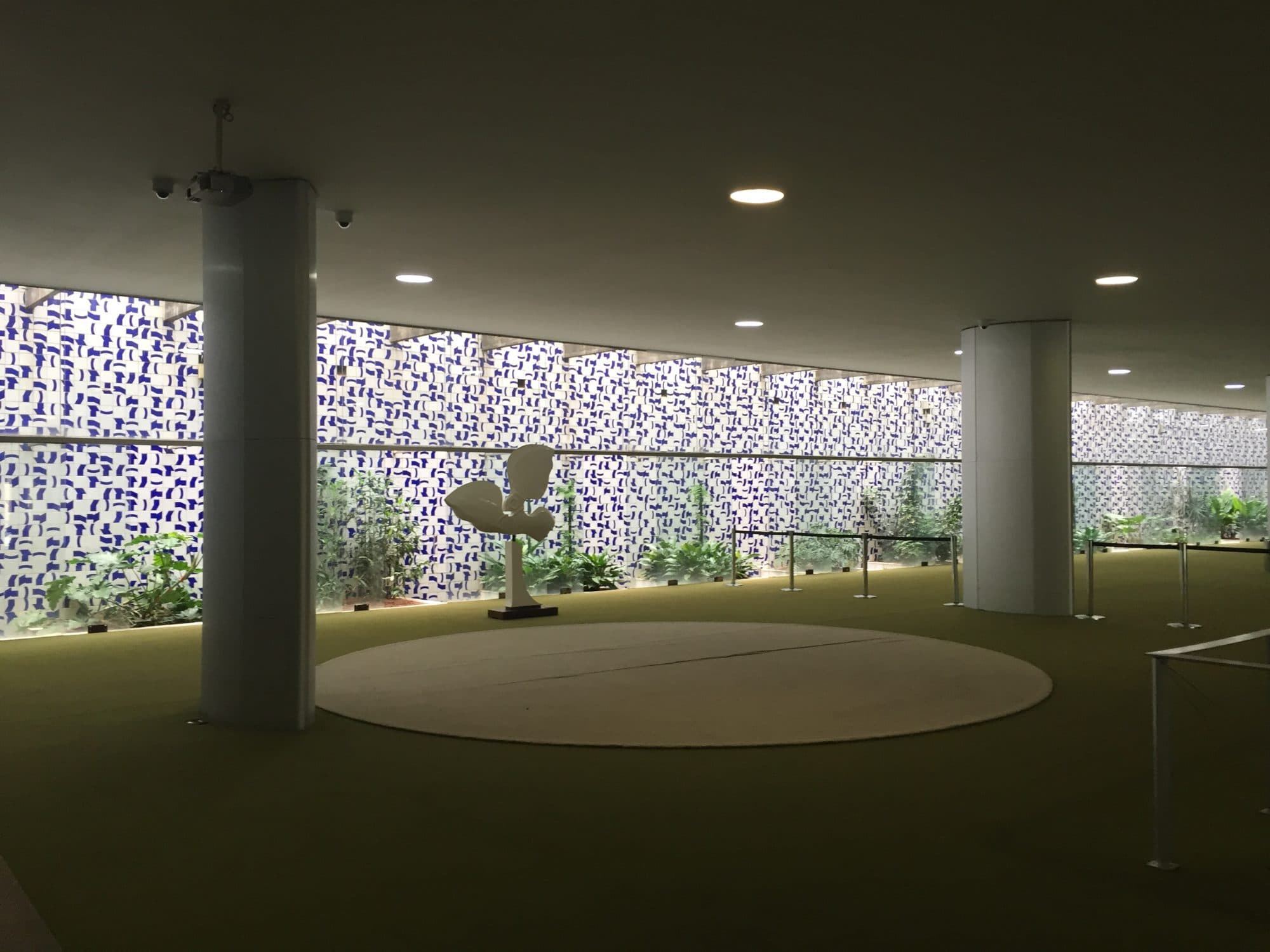 This was actually one of my favorite buildings in all of Brazil, but when you show a photograph of  it to people, they usually complain about the dirt on it. Photographs do not give it justice.  This office building has a waterfall on the facade which scoops water into a pond. The magical sound and shape of the sculpted concrete is very poetic which balances out the rough concrete material. The concrete shapes also act like shading devices. There is a two storey  glass facade behind, letting the light into the office. I always wonder if the office workers can hear the relaxing sound of the waterfall, while working in the office. 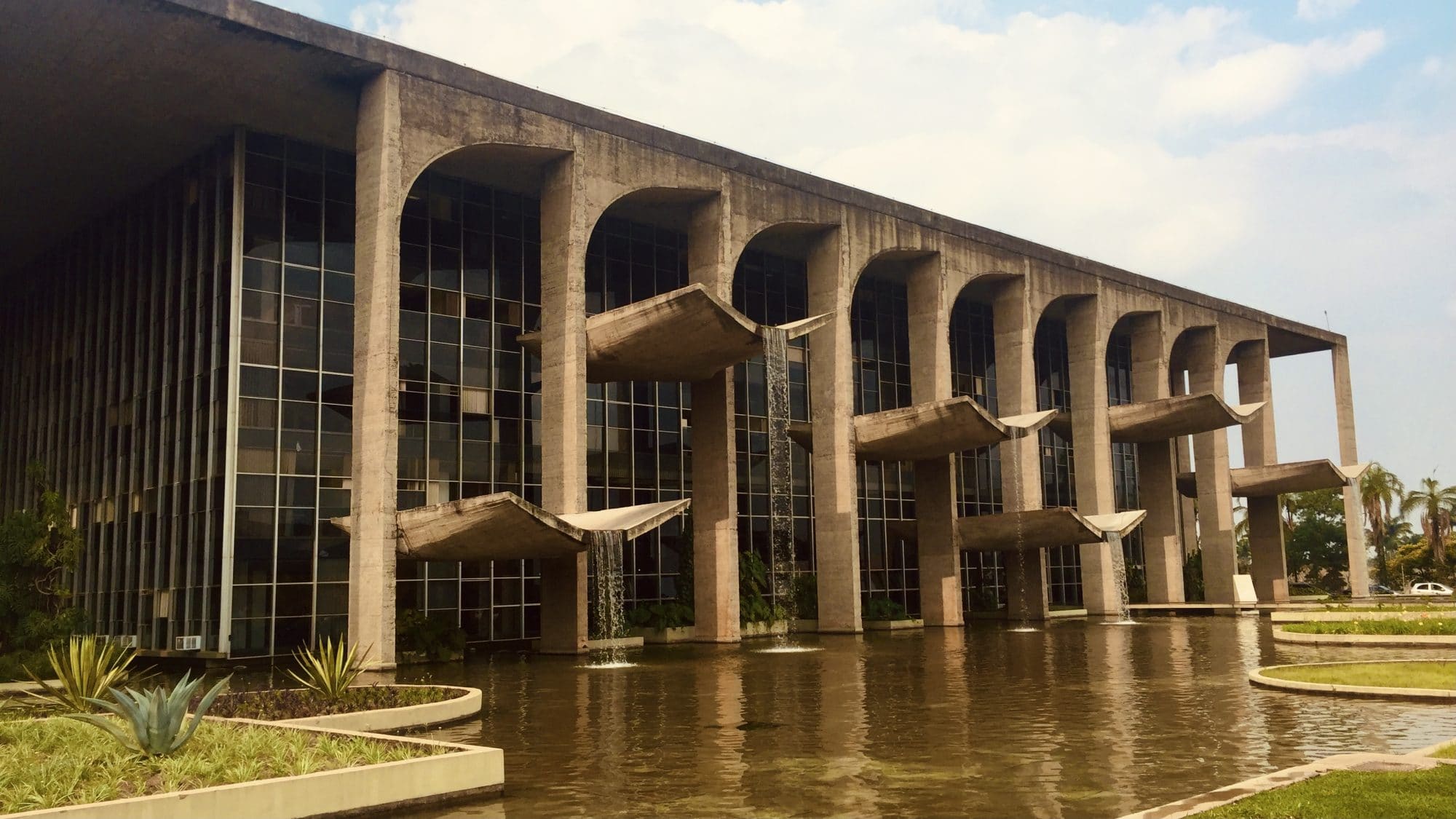 It’s not all Oscar Niemeyer you know.  The interior of this church is one of most memorable experiences out of any church I’ve been to. Inside the church the incredible blue light knocks you on your arse, with 12 shades of blue which completely fills the interior. You feel like you are in another world. Something I’ll never forget. Architect Claudio Naves, the Santuário Dom Bosco honers the italian saint who dreamed of a utopian city of the future in 1883.  The exterior gothic arches are formed by 80 columns on the outside. 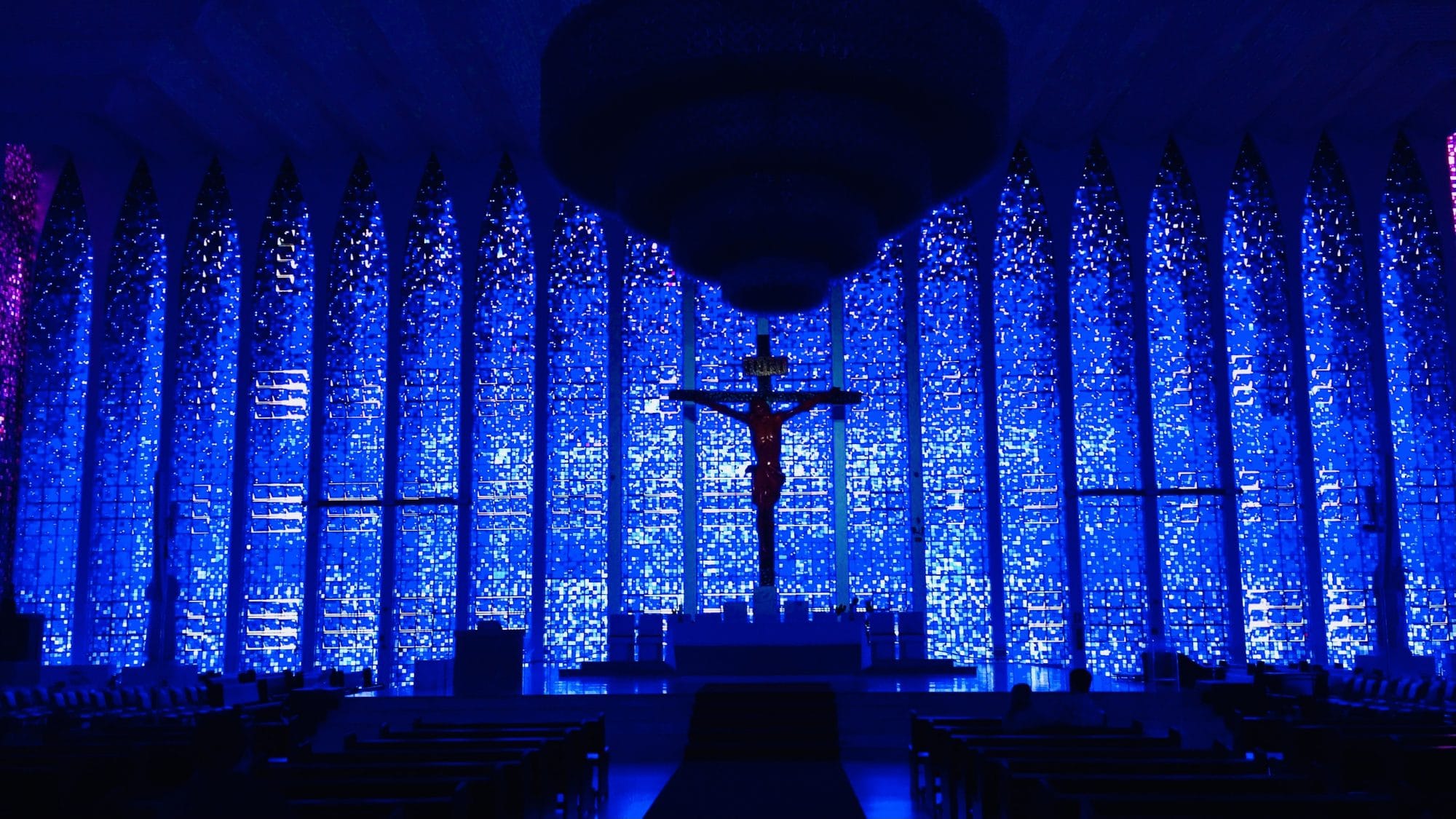 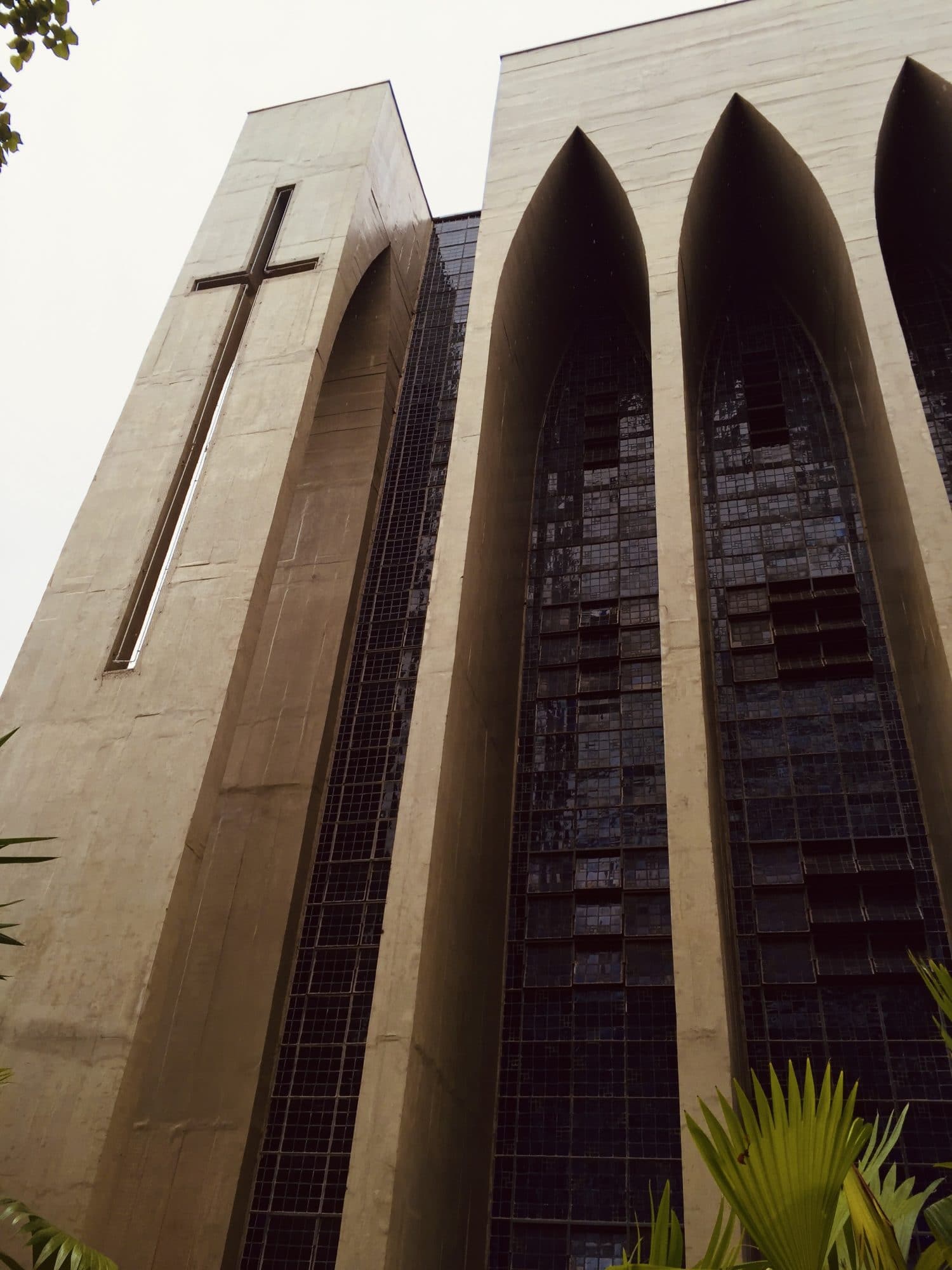 5. National Museum of the Republic

This building, looks like the planet Saturn, was opened later in 2006, when Oscar Niemeyer was 99 years old. The National Museum of the Republic is a massive dome-planet shaped structure, similar to a flying saucer, with a large ramp dangling around for access. Ramps seem obsessive in Brazil, they are everywhere. Definitely the most disabled friendly country I’ve ever been to. Outside, the museum features a large area for exhibitions and concerts. Inside, a large mezzanine, suspended without pillars, is home for exhibitions and film showcases. Inside the dome is a 14,500 square meters exhibit space, a 780-seat auditorium, and a laboratory.  The building is mainly used to display temporary art exhibits. 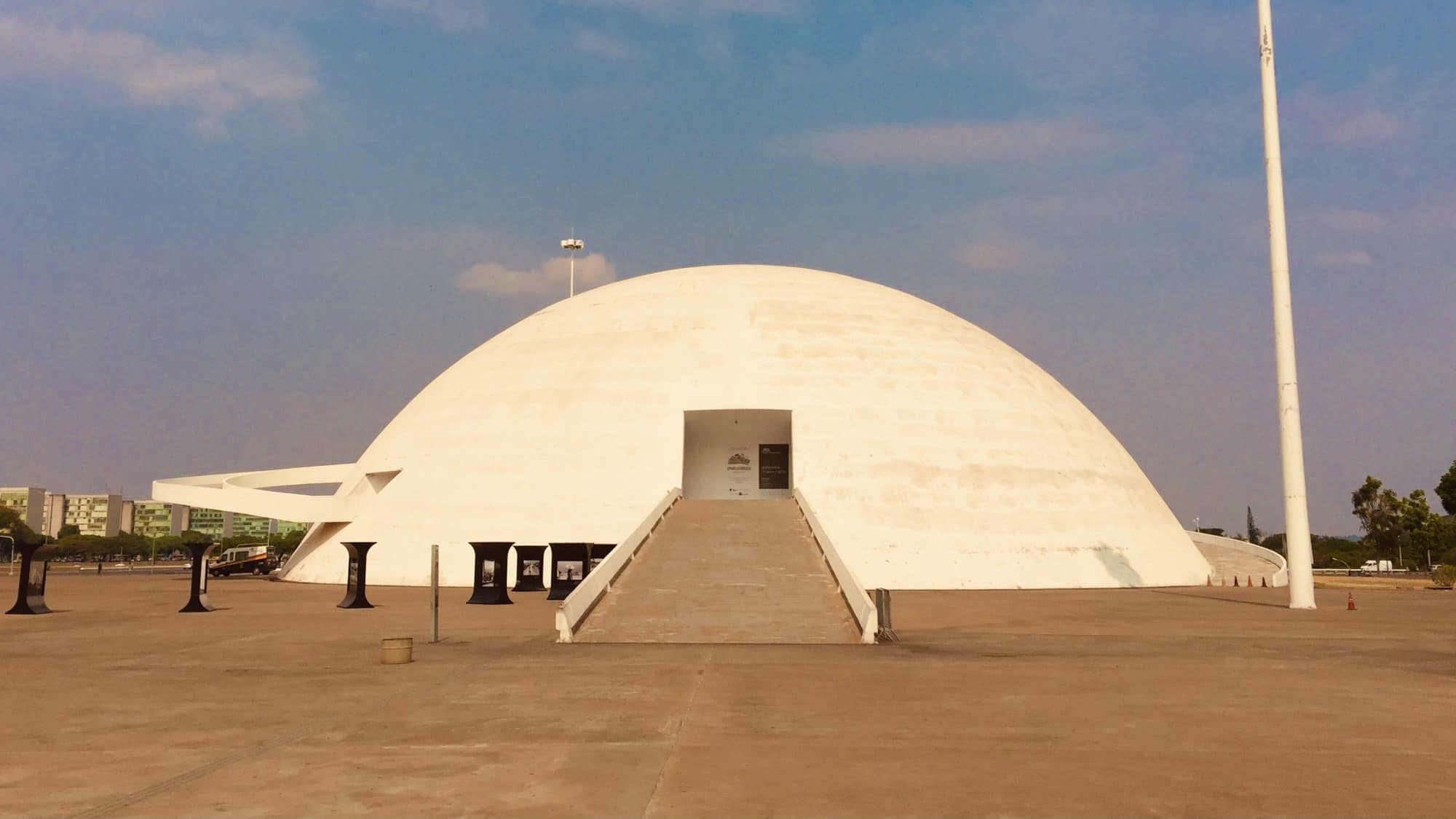 The Dome of National Museum of the Republic

In collaboration with structural engineer Joaquim Cardozo, this project by Niemeyer is the largest piece of architecture in Brasil that is exclusively devoted to art and culture. Dedicated to talented Brazilian composers, this futuristic pyramid structure looks like something straight out of the movie Bladerunner with a Frank Lloyd Write quirk of Aztec architecture. The building’s accommodation consists of three main components: the 60-seat Alberto Nepomuceno theater, the 407-seat Martins Pena theater, and the 1,407 seat Villa-Lobos theater. There are also exhibition galleries. 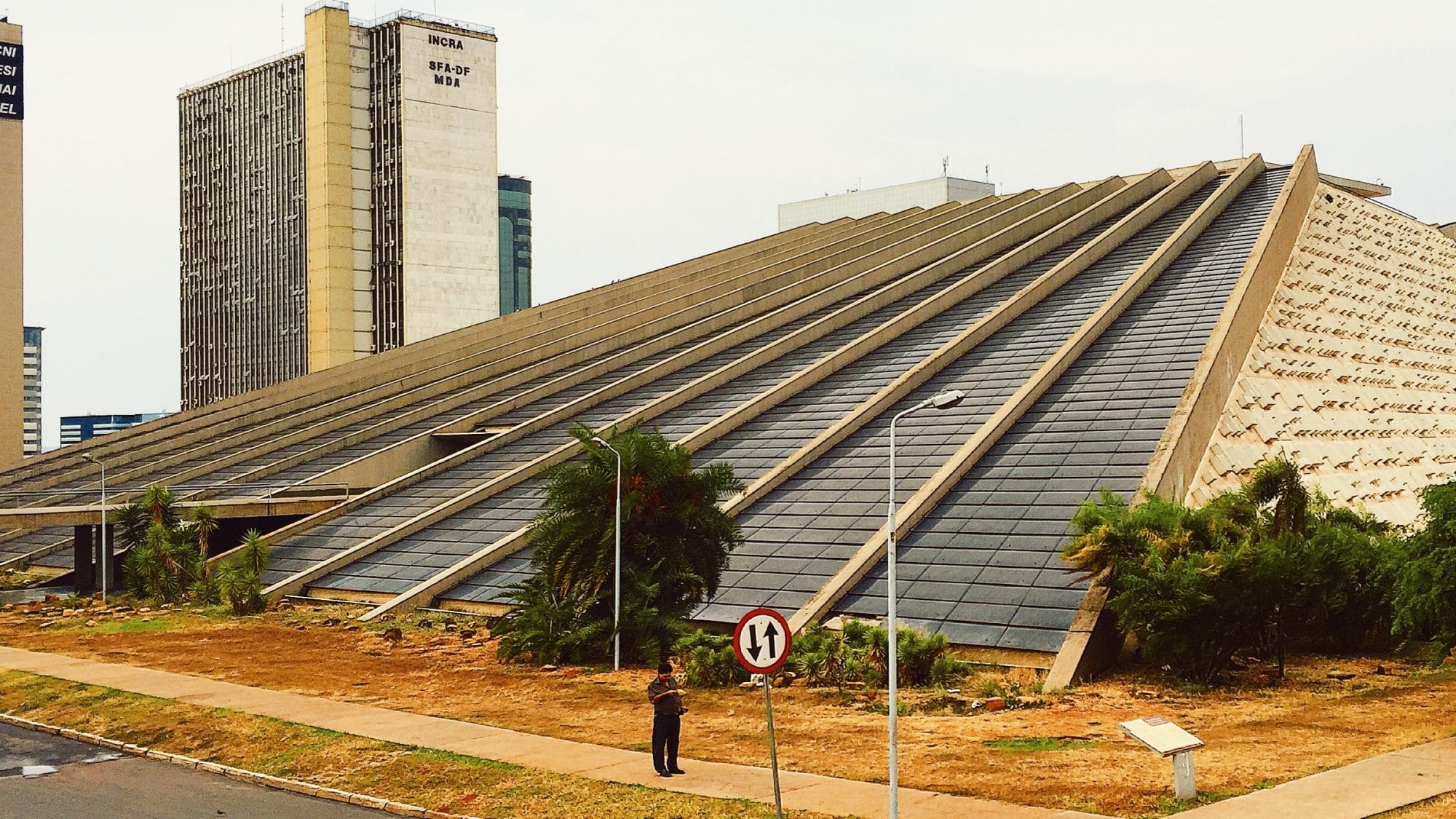 This building is where the president works, you may have seen this on TV the Brazilian President taking a speech.  It is located on a place called Three Powers Square. 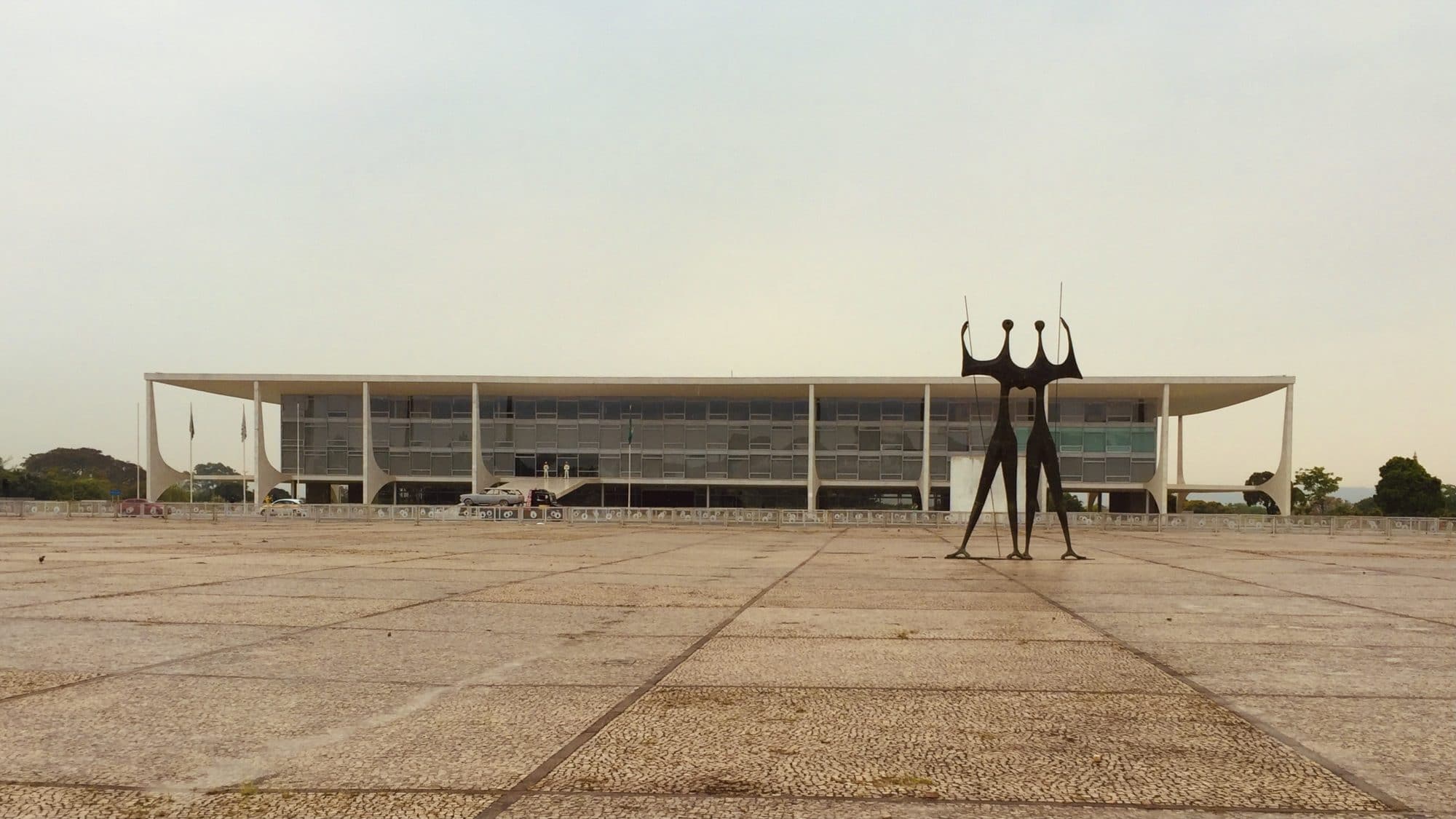 The design has 4 main elements:

The 1,635 square meter water pond around, helps with security with a depth of 1.1m.

Finishing construction in 1960, you can tell just from this photo how ahead of its time it is. It’s across between a James Bond villain layer or something from the future. The shape and the way the columns hold up the thin roof is extremely elegant. Something Oscar Niemeyer did a lot with president buildings. The statue at the front is of 2 Warriors by Brazilian sculptor, Bruno Giorgi.

This is an unusually piece within the architecture of Brazilia. In the military sector of Brazilia a monument stands. Also designed by Oscar Niemeyer the shell presents a sword sheath honoring the Duke of Caxias. The shape is as typical precise curve which is typical of Niemayer. Cool, precise and feminine. The open shell allows people to walk around it, which is quite a treat. The sweep is a powerful symbol of Brazilia. The reverberation inside is unreal. Don’t forget, this is way before the days of Zaha Hadid. 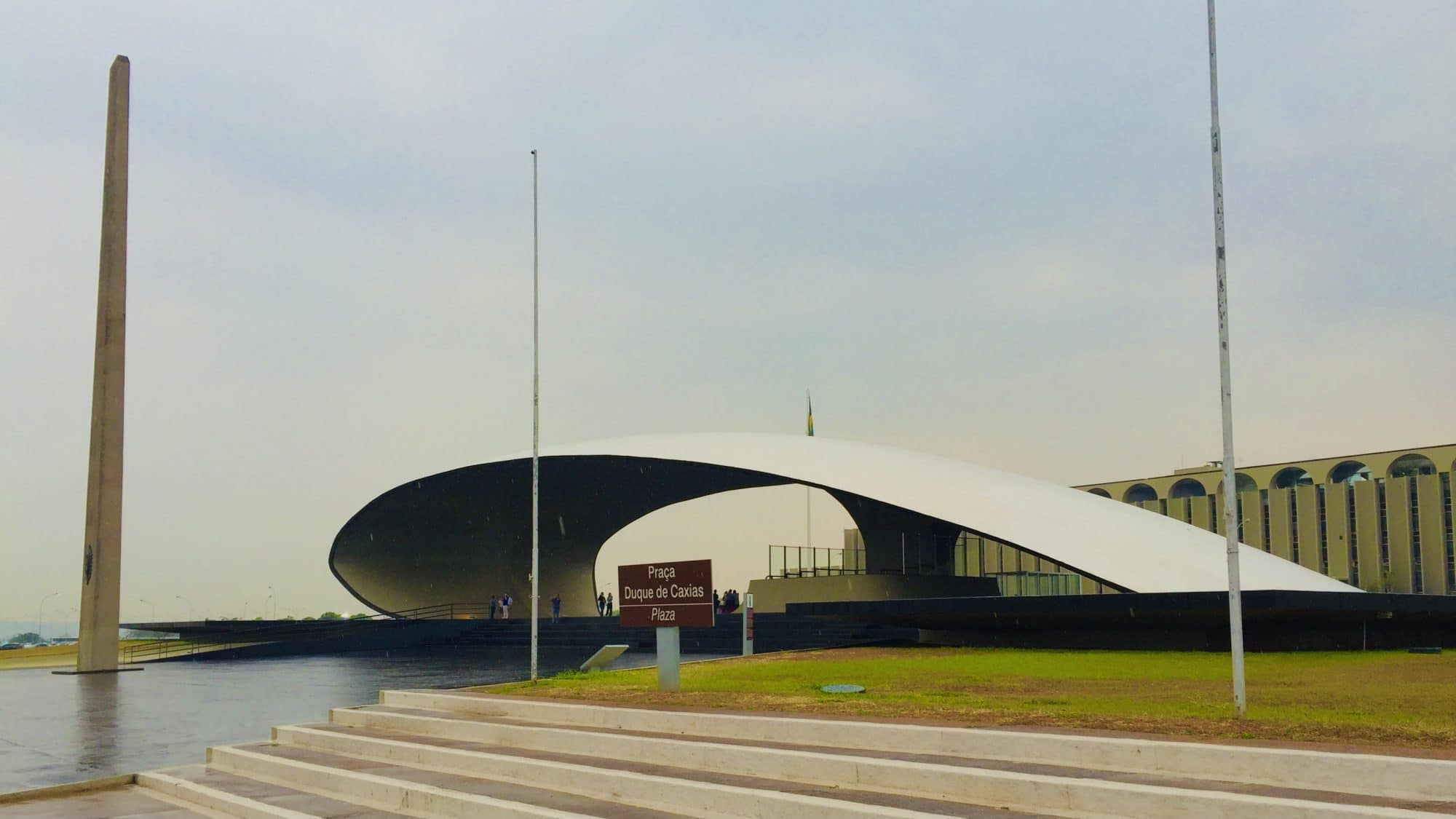 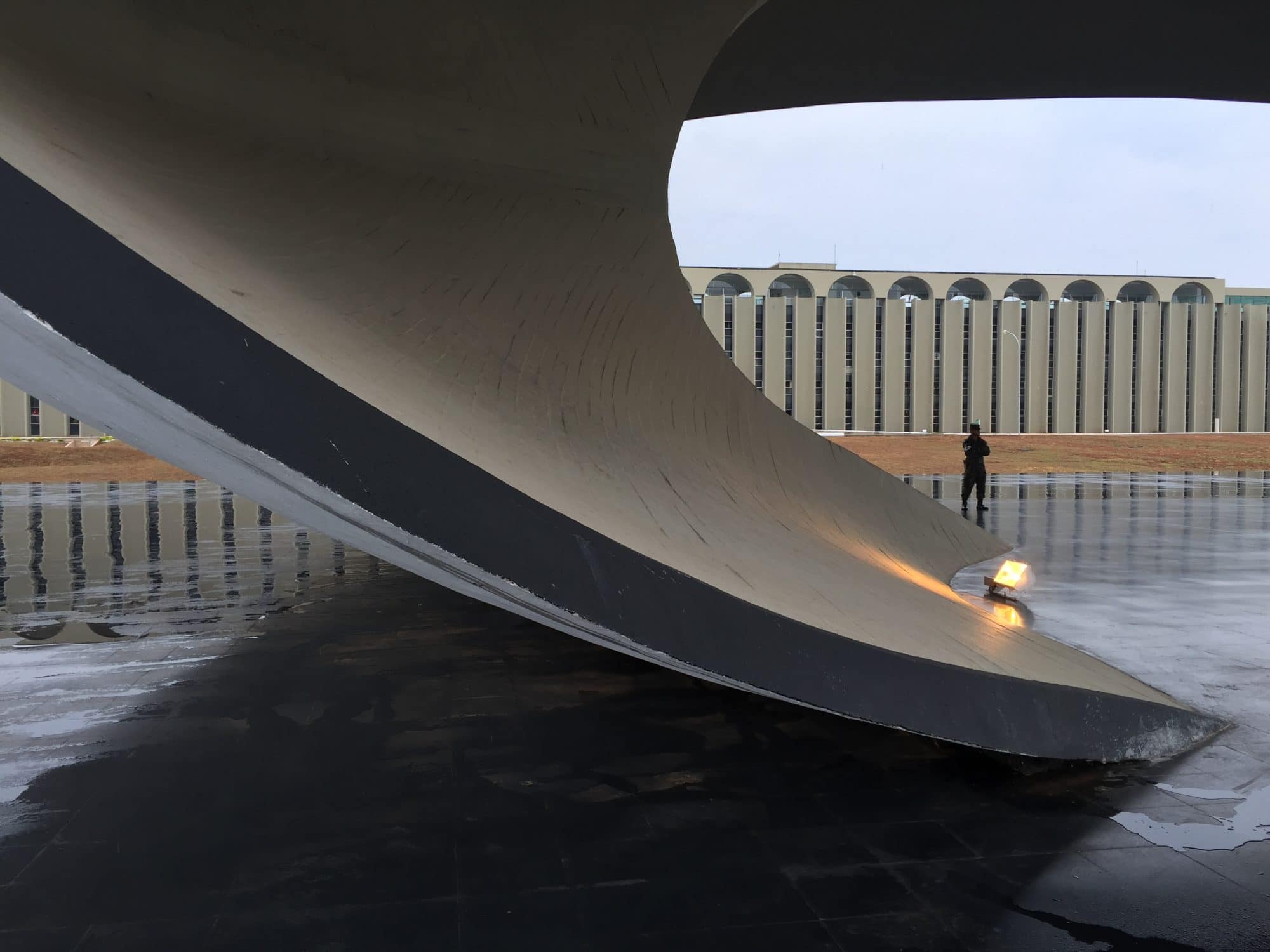 Inside the echoing shell

JK Memorial is in memory of President Juscelino Kubitschek (1902–1976). The building feels like you are going underground into a futuristic building. The shape of the building from the outside is like truncated pyramid, of rectangular base, covered in white marble, with 120m of length and 32 of width, with a dome on top of apparent concrete.

Inside the late president’s artifacts and furniture are laid out and they still feel incredibly modern. This is another James Bond villain temple and it houses the body of the president, so it is also a tomb. 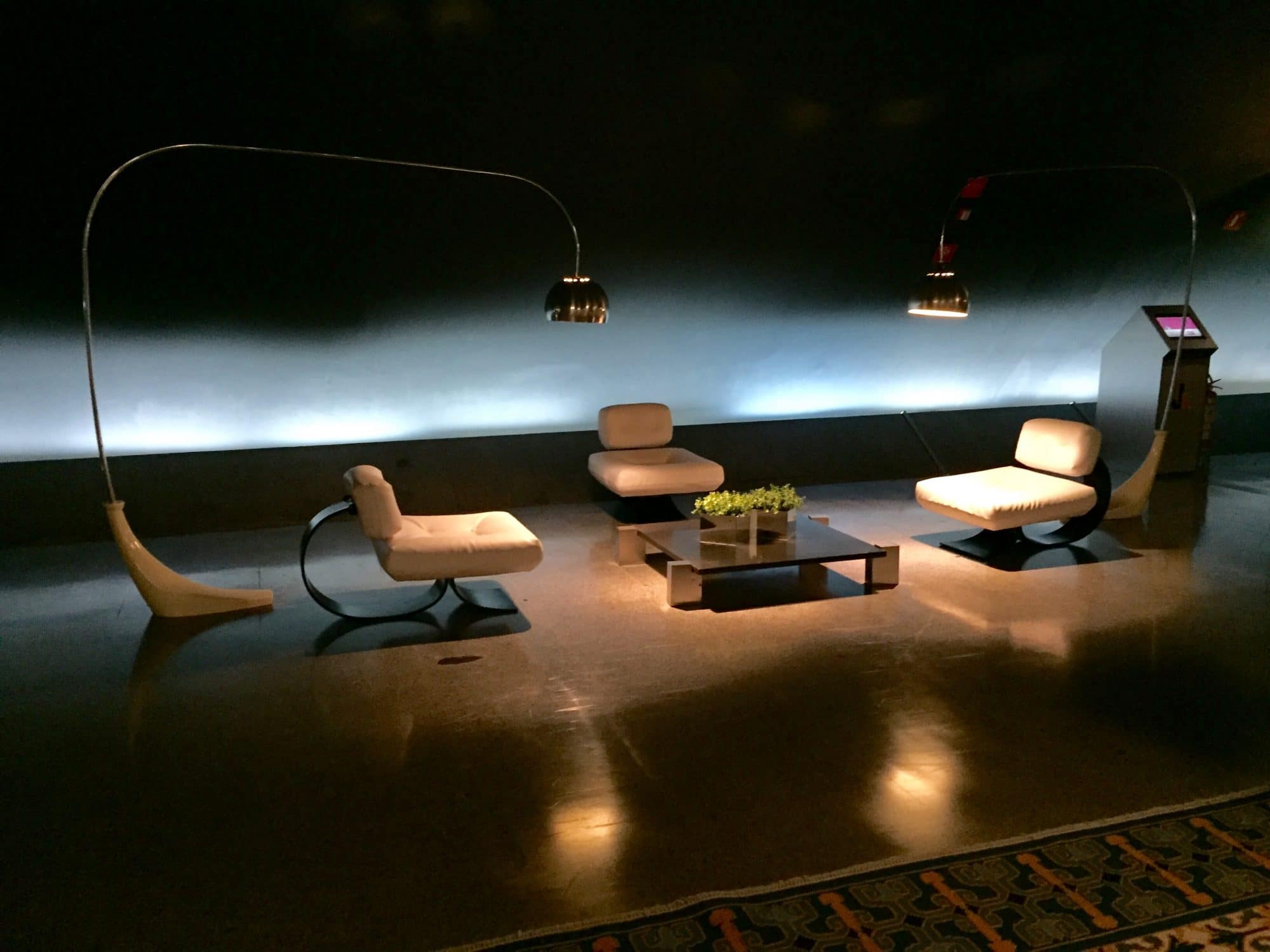 Couldn’t resist adding this one. The bridge looks like the architect,  Alexandre Chan was inspired by a Sea urchins for this design. Three steel arches crisscross diagonally and the decks suspend with steel cables alternating at each side of the deck, interlacing in a twisted plane. 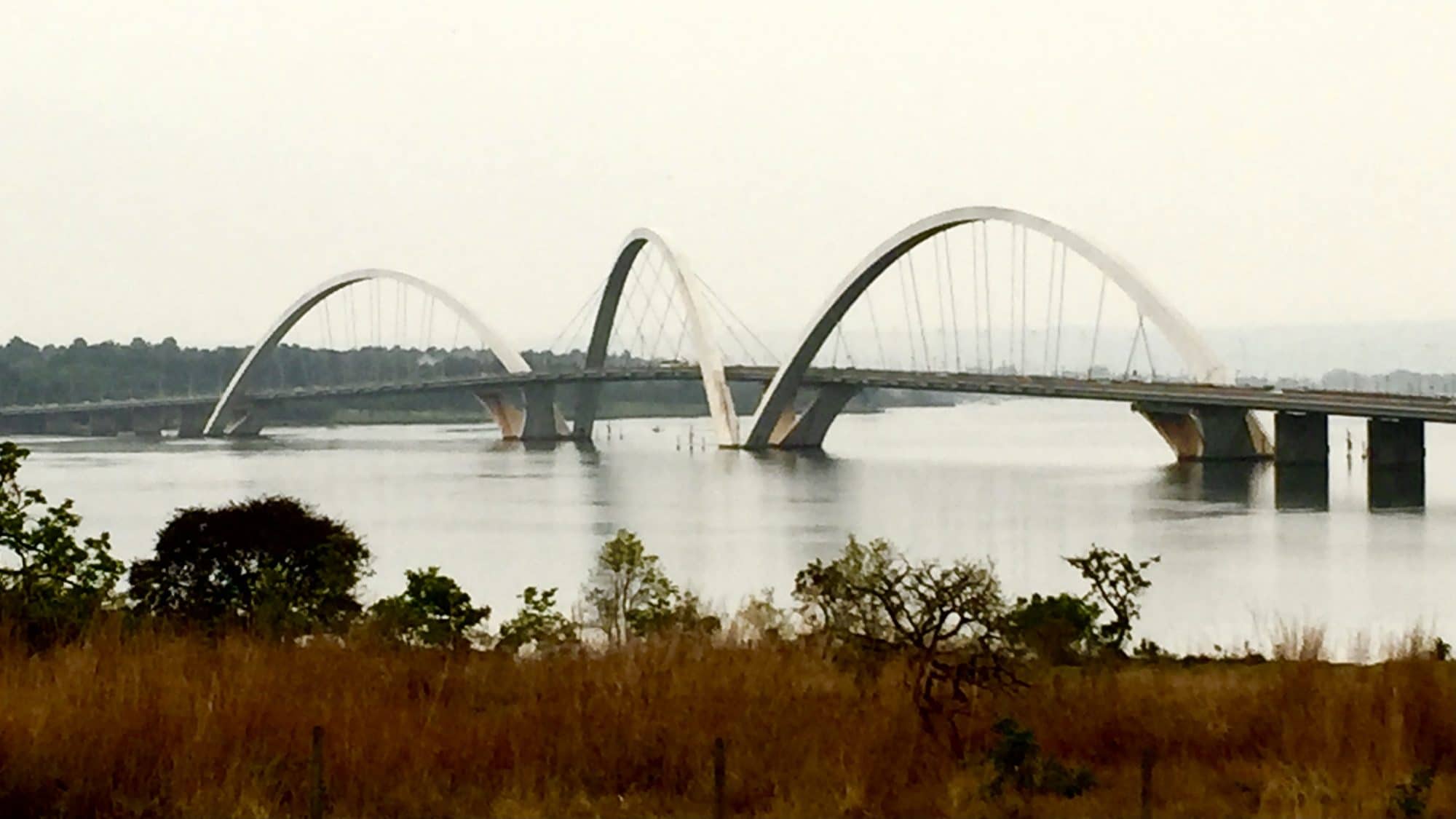 Trip of a Lifetime to the architecture of Brazilia

I can honestly say, I had never seen anything like the  architecture of Brazilia city and I have never seen anything like it since.  The list above is just a selected few of the vast amounts of fascinating architecture. As you can see the city’s unique architecture and also its urban planning can not really be seen anywhere else in the world. Thats why Brazilia was made a UNESCO World Heritage site in 1987.  It is without doubt a modernist gem.  Every architect, no matter where they live, should visit Brazilia- its an architect’s once in a lifetime mission.

Concrete is a Sustainable Material !! 😈