With around 15 million visitors every year, The Forbidden City Palace Museum is the most visited museum in the world . Due to the crazy amount of people there is now a maximum of 80,000 tickets allowed for entry per day.

Complex served as the home of emperors and their households and was the ceremonial and political center of Chinese government for almost 500 years.

Some key elements of Chinese architecture include features; such as, symmetry, deceptive ridges, horizontal emphasis, mythological, symbolism. o Feng shui theory, and the use of enclosed and open spaces.

Chinese architecture can varied based on status . this was constructed for emperors who favoured the colour red. This is probably why you see red used frequently in China. certain architectural features were reserved only for the Emperor of China. One example is the use of yellow roof tiles, yellow was the Imperial color.

The palace grounds set an precedent in Chinese architecture style. It has had a huge influence all around Asia including japan, Philippines, Vietnam, Thailand and Korea.

Since then the main principles of Chinese architecture have remained largely unchanged, the main changes being only the decorative details. 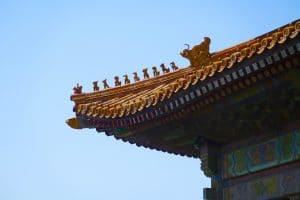 One of the largest unlicensed squares in the world (880×500 m – and. it’s a site of many important and cultural events in Chinese history including The founding of The Peoples republic of China by Mao Zedong in 1949. Mao, chairman of the communist party died in 1976 and wanted to be cremated. But Instead China preserved his body in The Chairman Mao Memorimoral hall . Other important buildings terms of important buildings around..

✅ Architecture of The Bund
https://youtu.be/GE7mbNMmeqU