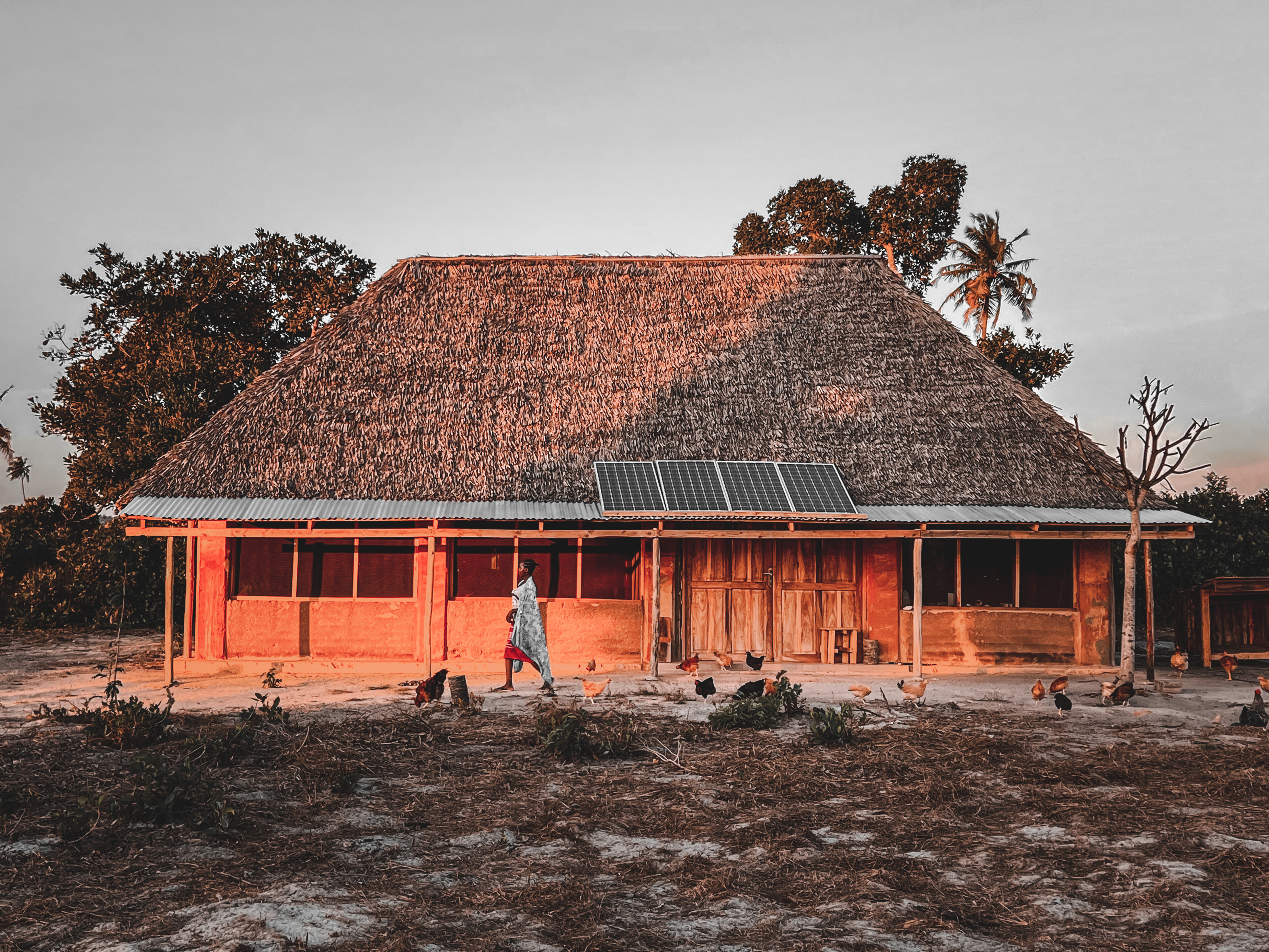 Mud House Visit – What I learned

Today I went to visit a Mud House on the outskirts of Dar Es Salaam. But why are people fascinated with building made of mud? Well, probably because they are actually a lot better and stronger than what people actually believe. A mud house with very minimum amount of concrete could last 1000 years. 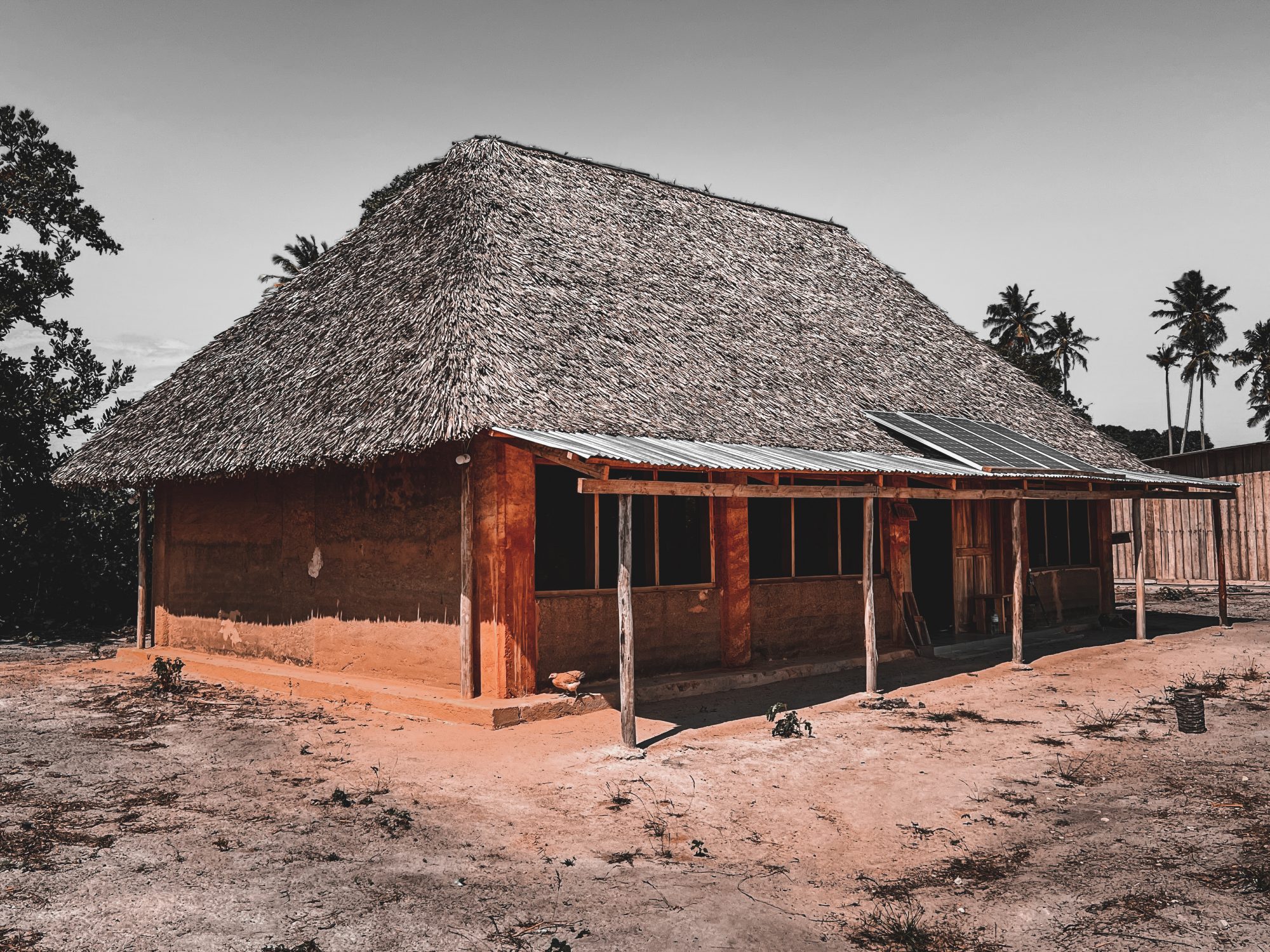 This particular mud house was done by Paul, who owns a farm and Cashew Nuts plantation. There were a lot of things he said he would change, if he was to do it again. So below are a combination of things I’ve have learnt from this visit and some improvements.

The aim was to help me with the design of a Green Curriculum School. Russell is designing, for charity. The site is near Dar Es Salaam, Tanzania. This will also help anyone who wants more knowledge of earth/ mud construction and architectural vernacular design in East Africa. 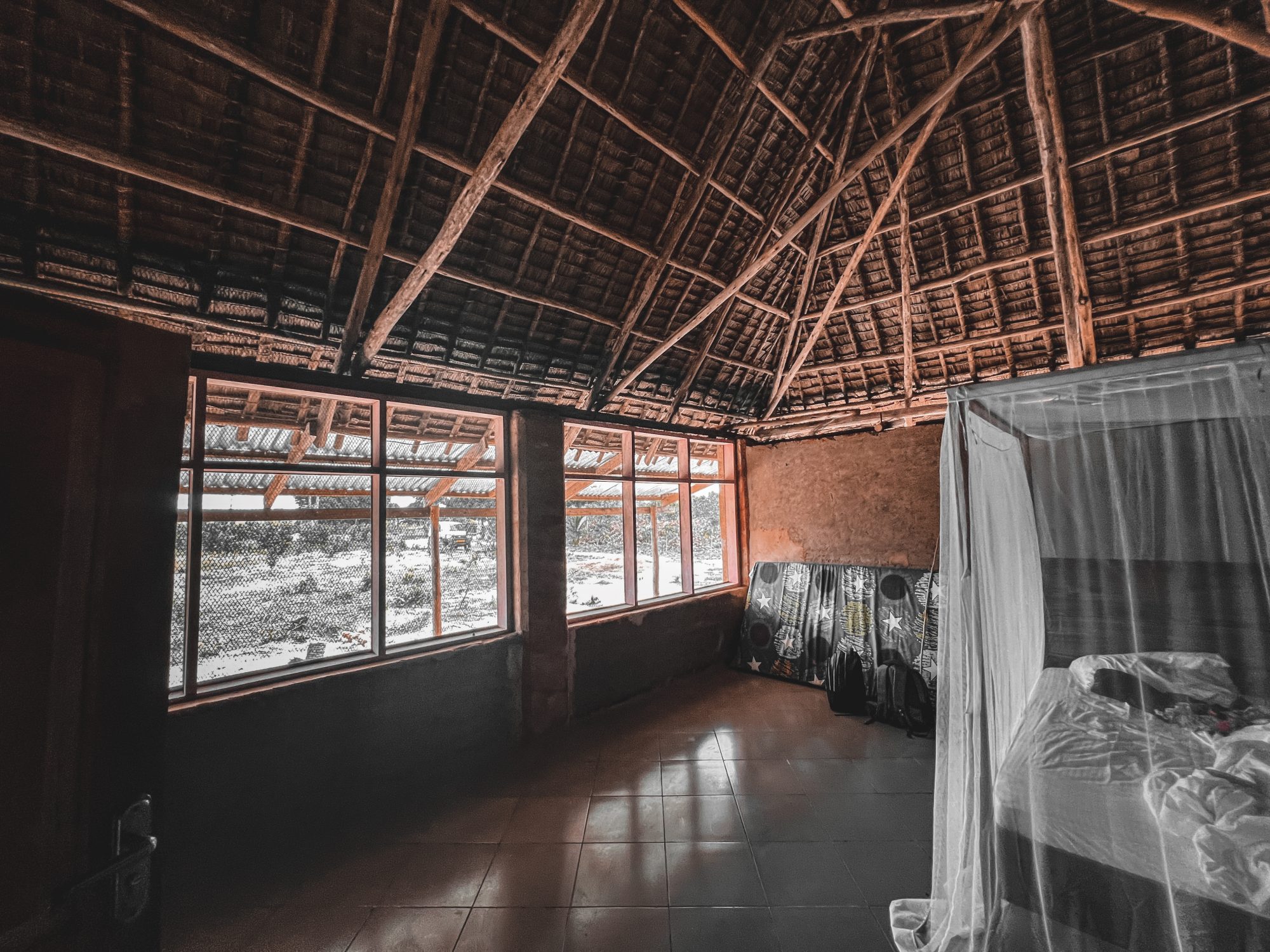 The mud house only has a small concrete ring beam around the foundation off the mud walls. This is the only concrete used on the structure. The mud walls are 300mm thick and they also have mud columns, which Paul said he would not construct next time, as they were difficult to build and not required really. Since the wall is 300mm and the columns look around 450mm thick, it seems like a 400 thick wall could be sufficient next time.

The roof has a timber structure and Makuti style finish made of dried coconut palm tree leaves. There is no ring beam at the perimeter. The timber windows do not have a lintel and is open above to let air through and keeps the cool air circulating. The timber roof structure rests  on the mud wall but the loads mostly fall on a separate timber frame on the outside of the building which forms a over hang and supports the roof structure. Some of this was added later as Paul realized the rain would damage and weaken the walls. 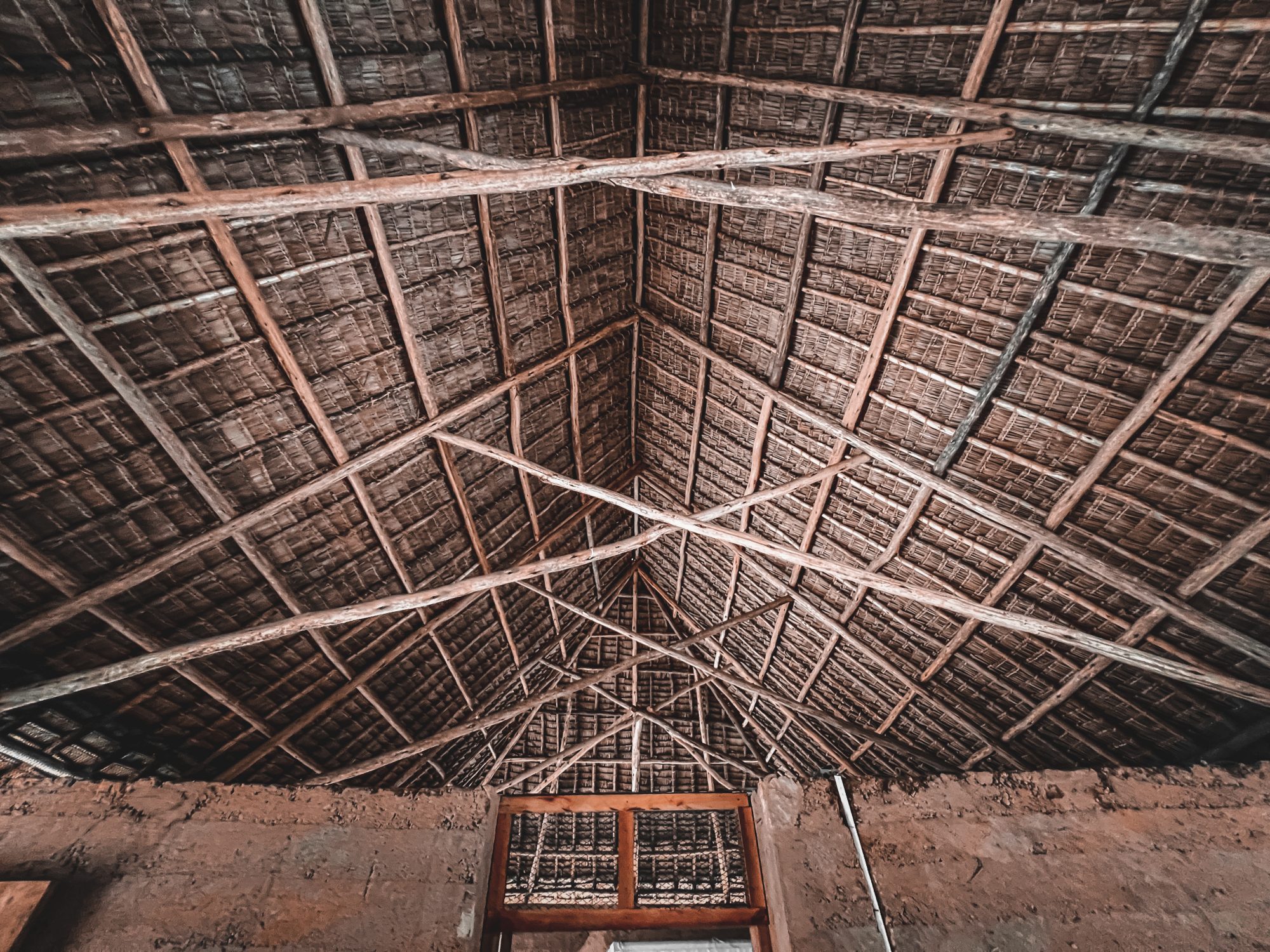 Apart from the structure, the mud mixture seems the key factor in this project. Surprisingly, it only consists of mud and water, which is clay really. It takes some experimenting and trials to get the right mixture that is strong enough. That  seems to put a lot of people off mud construction – the fact you have to experiment with the mud available until you get a strong enough mix. Once you’ve done it once, you have that experience and knowledge and can pass that on easily. The mud type was actually bought nearby because it was the type of mud suitable. Even though the mud was not actually taken from the actual house site, it was still bought locally and cheaply. 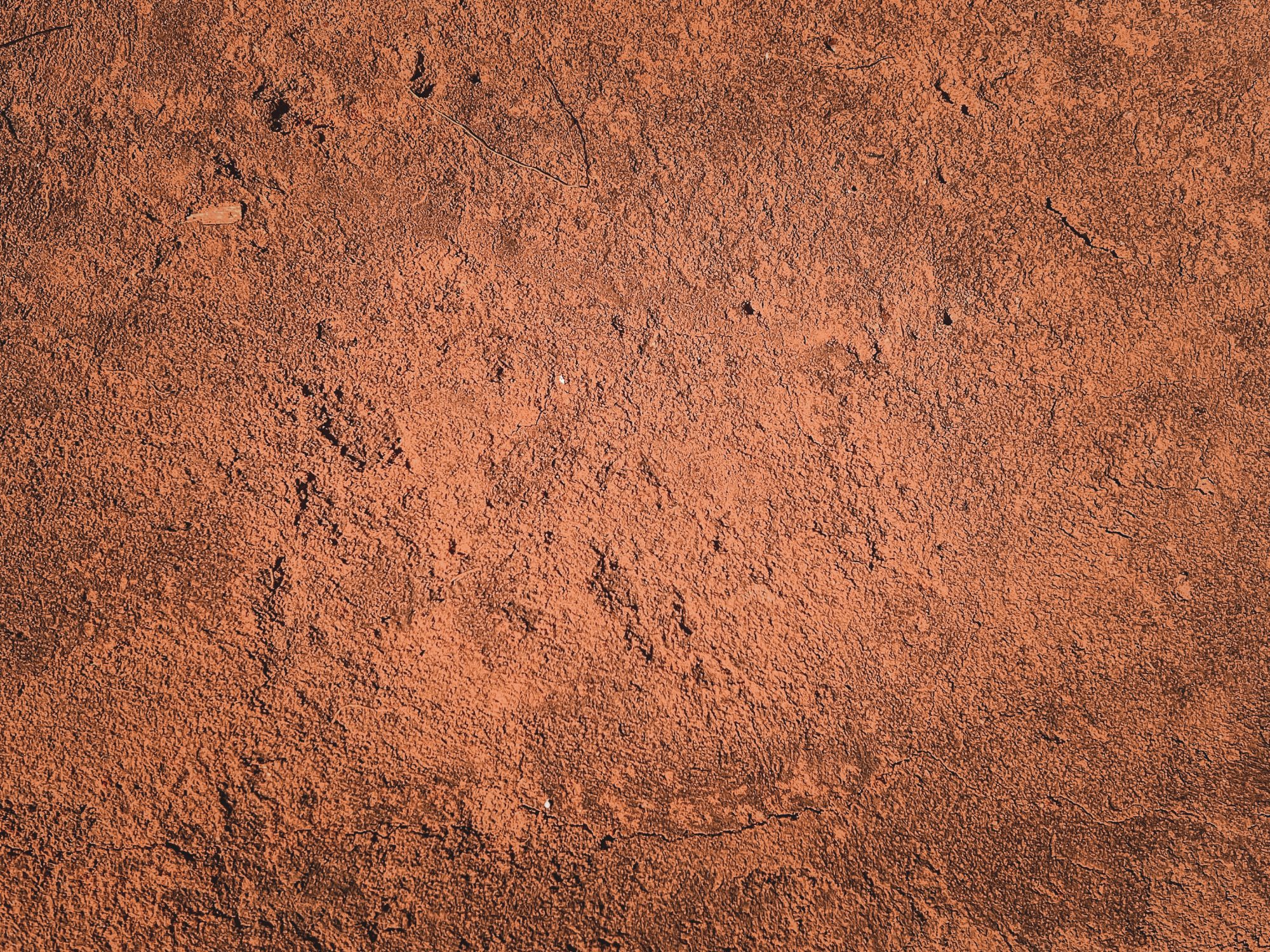 Construction of the Mud House

The mud walls are rammed into  form work – similar to concrete formwork made of  plywood frame mold and supports. This is layered around 300mm high and rammed using a tool. Then repeat.  This is know as rammed earth construction. 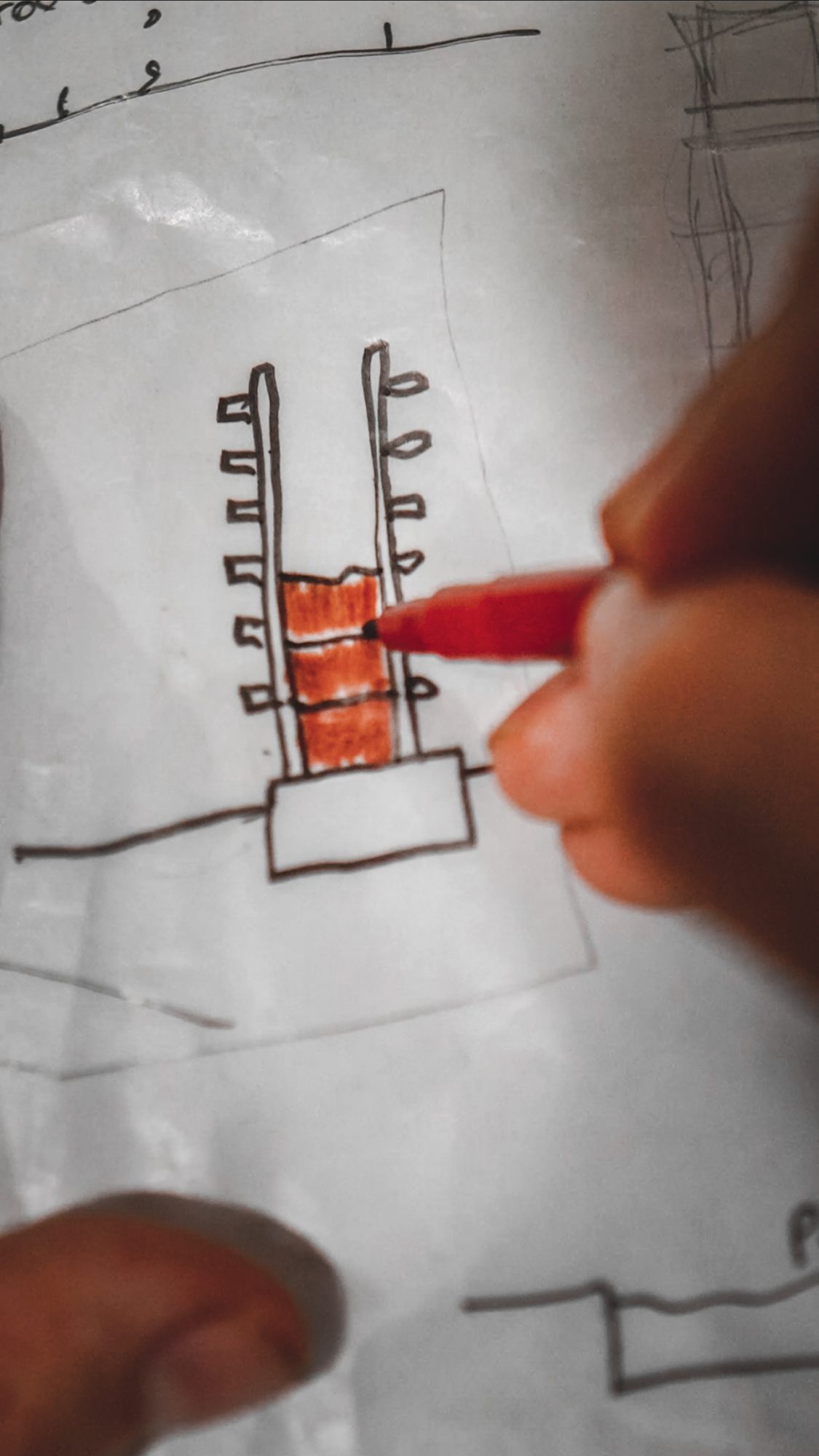 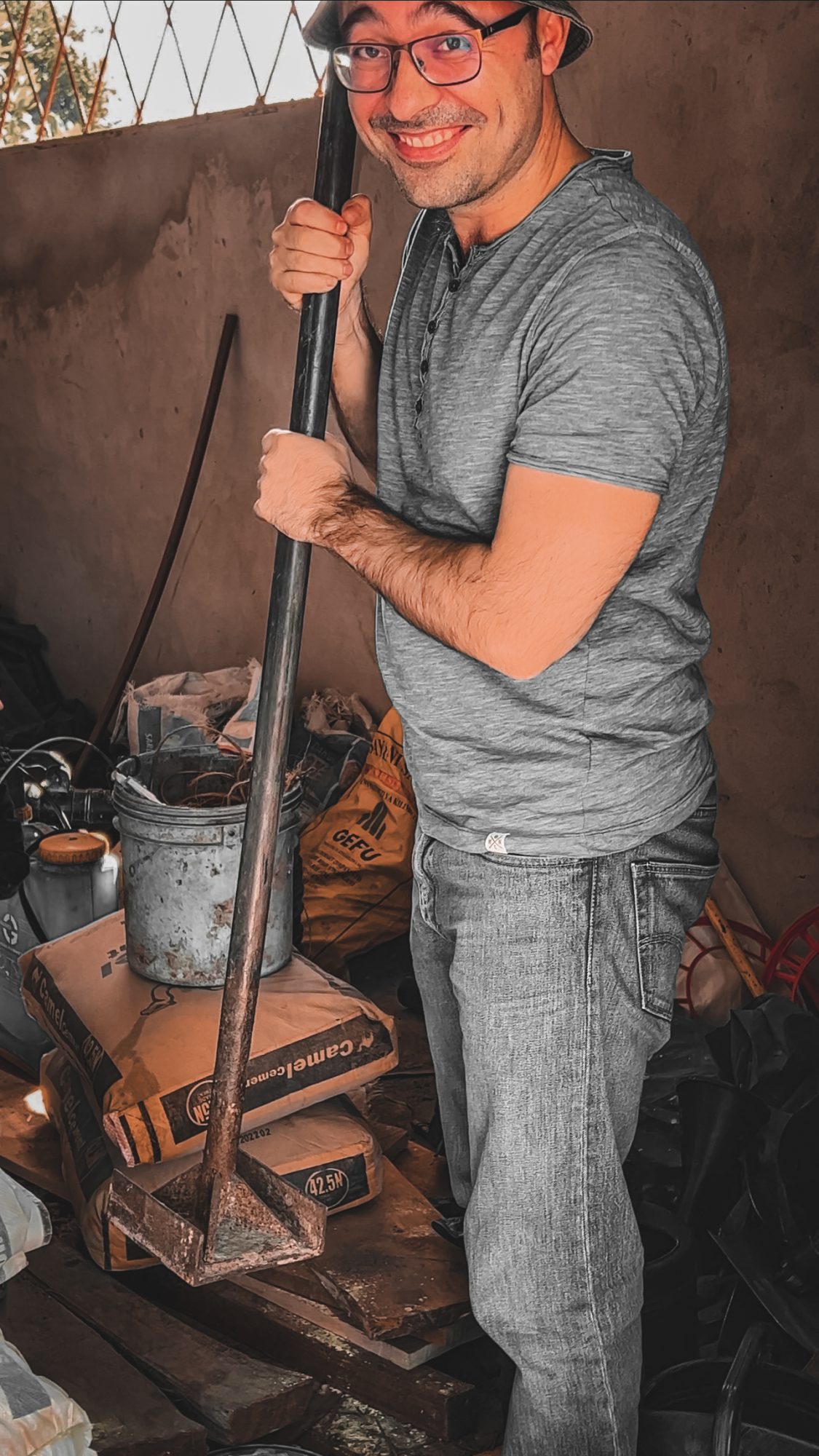 The process is done by hand, with minimum tools required. Anyone can do it after a quick briefing. So labour can be fairly cheap because you can either do it yourself or get friends to help. A lot of mud buildings like schools are praised because the whole community get involved with the mud and this brings people together. Having a community participate in actually creating a building in within their own community is a memorable and wonderful experience for everyone.

The mud is not finished in anything and you can see the layers of mud on the wall if you look closely, which give a nice authentic and traditional feel. The red colour also give wonderful african vibe. The floor is also mud then tiled, but Paul said if he had his way he would have just left the floor.

One alternative, is to use the same material on the floor as the wall, but you have to ram it hard on the floor and add wax and oil to it. This will save a lot of concrete work. Alternatively you could have d concrete floor with a polished concrete finish.

The roof finish is dried coconut palm tree leaves which is a local traditional Makuti thatching. Although this is cheaply and locally available, it doesn’t really last more than a few years. It will need maintenance. 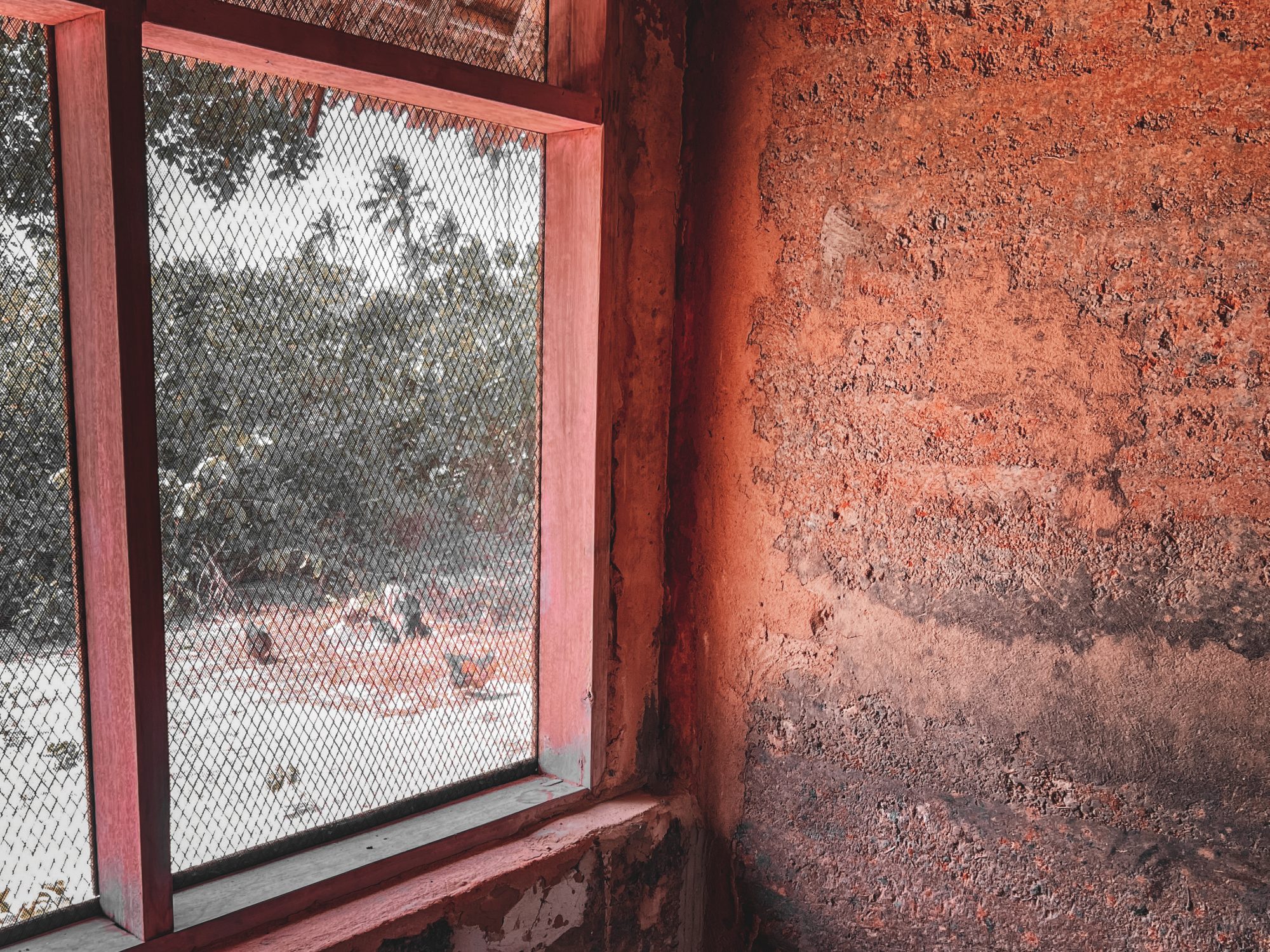 The most important materials on building that can be harmful to the environment is usually calculated by weight or cost. The concrete in this mud house is very minimum and the mud is quite thick and heavy. Therefore, the mud is the dominating material on the building. This is unbelievably cheap. Paul said it cost around  400,000 Tanzania Shillings to get the mud delivered. That’s less than $200 USD. You can only imagine how cheap this house cost to build.

The labour is cheap also. You just need one person to check the mud consistency and show others how to do it. After that anyone can do the labour and get involved. So labour can be even free if you get freinds and family or the community to help.

The electricity is completely relied on by the solar panels you can see at the front overhang. The angle was a bit of a problem, because the sun is pretty much straight up in Dar Es Salaam so a sloped roof does not really help. Also Paul didn’t want to put it on the ground as he would be worried they got stolen. The solar generates sufficient electricity for the day- including using a laptop and charging a phone in the evenings. 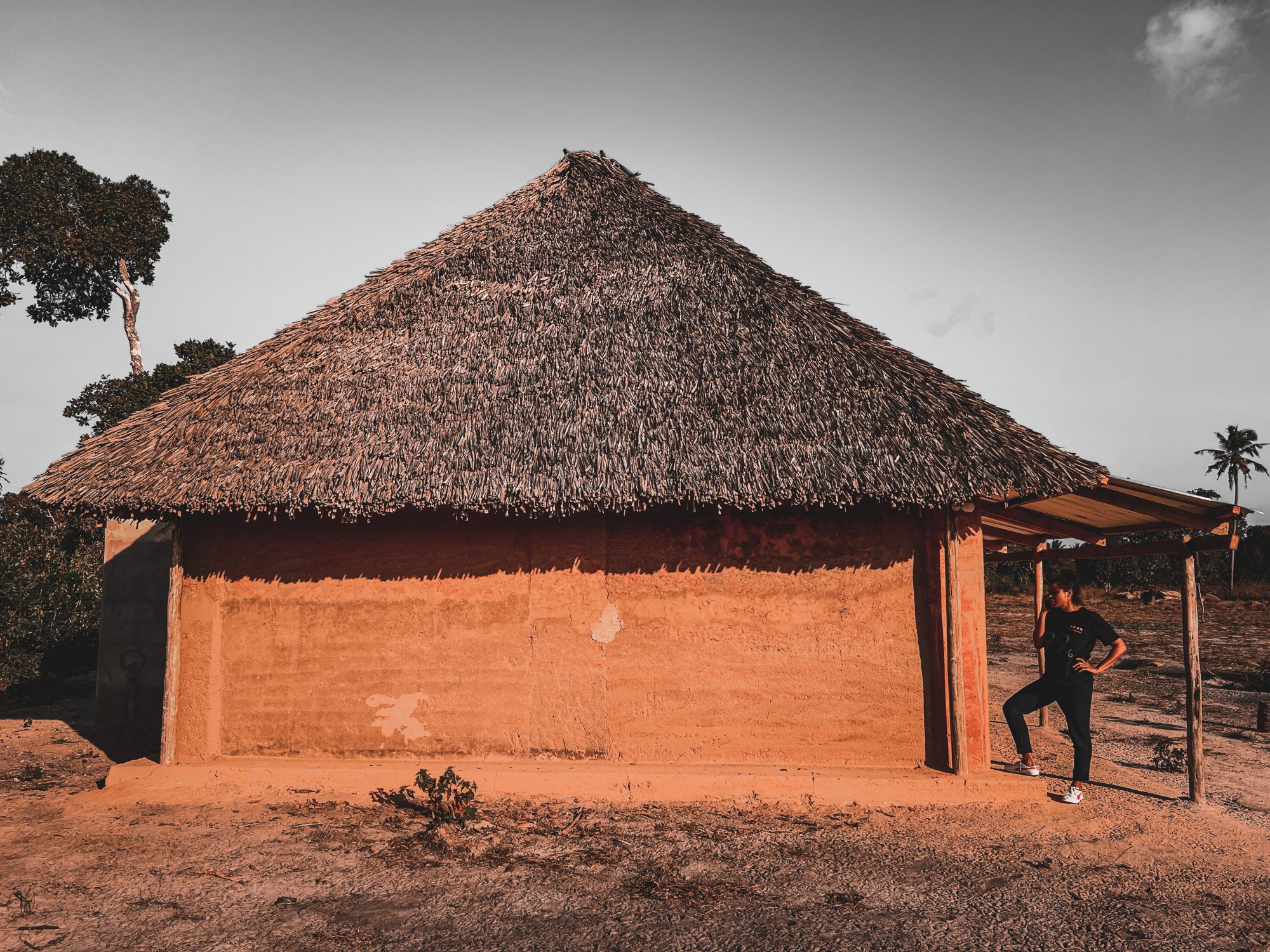 The bathroom was a shame because the walls were made with concrete, which is kind of separate to the mud house. The team were afraid that tiles would not work on the mud.

Alternatively you do not have to have tiles on a mud wall. This is something that a bit of a challenge . You have to minimize the tiles and if you can and have it as open as possible to let the ventilation pass. However I have seen many rammed earth mud buildings that had tiles on the bathroom walls. Internally they can be sealed with a clear waterbased sealant.

The structure of the roof was made from timber, so it does not look like it will last long since its exposed externally. You would have to make sure its treated regularly and avoid contact  with the ground to stop insects eating the wood.  This is inevitable anyway.

It seems like a ring beam is missing on this house and the structure doesn’t look like it will last very long because its made from timber. Interestingly, the mud wall looks fine and does not look like it has any issues. If the structure for the roof and ring beam was either concrete or steel then I think this house would be pretty much last like any other house.

Also rain is another factor. Ensure the rain doesn’t hit the wall. If you think it will, then you would have to put waterproof material on the outside. Alternatively there is a method Anna Heringer uses which is having horizontal elements on the wall that prevents the wall eroding when rain hits it.

2. Strong structure for a large roof for rain protection.

3. Mud mixture – Experiment and do mock up tests to find the right strength.

Architecture of Brazilia: Architect’s Trip of a Lifetime