Paje Beach. One of the best places to stay in Zanzibar. In this article, I’ll be trying to make it all the way round to Jambo Disco at Paje Beach Zanzibar.

-The legendary Paje Village. And is there really no ATM available there?

-Then trying to get all the way round to the beach at Jambo Disco at Paje Beach Zanzibar. Can it be done? Don’t ever do this. Don’t walk in the hot sun. Let’s find out. 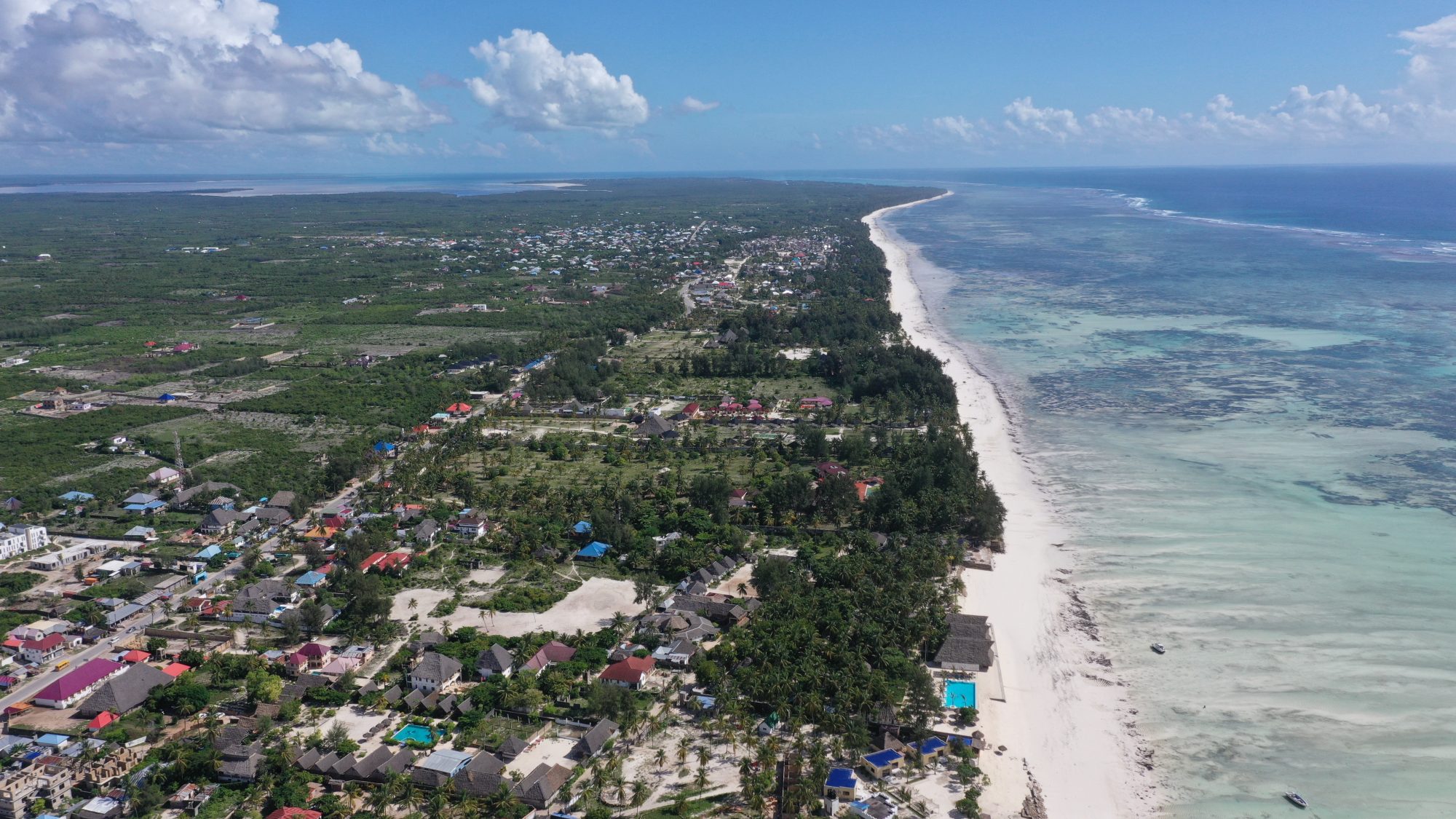 On the way you’ll read about

So I’m standing Mahali Zanzibar Hotel, which is a three starhotel on Paje Beach, Zanzibar. It averages around$100 per night. I’ve paid a bit extra because I’ve got a really nice
balcony, really close view of the beach. In fact, it’s probably better views than some of the five star hotels I’ve stayed in Its got a view of the bar, the pool is down
there, the restaurant is there,

Here’s the room…So the bed, mosquito bed. That desk and fridge there, if you want to buy anything, Power lamps and stuff, storage. And the safe and the bathroom is quite
big actually. Sink,, toilet,. Shower is quite big- That scared the shit out of me. Expecting it to come out of the wall but the shower water came from above, it was kind of hidden. And there’s windows in the shower looking into the bedroom.

You can see the qualitiy is a bit.. Not five star quality. You can see like the grime
a bit and stuff. But it’s okay, you know. 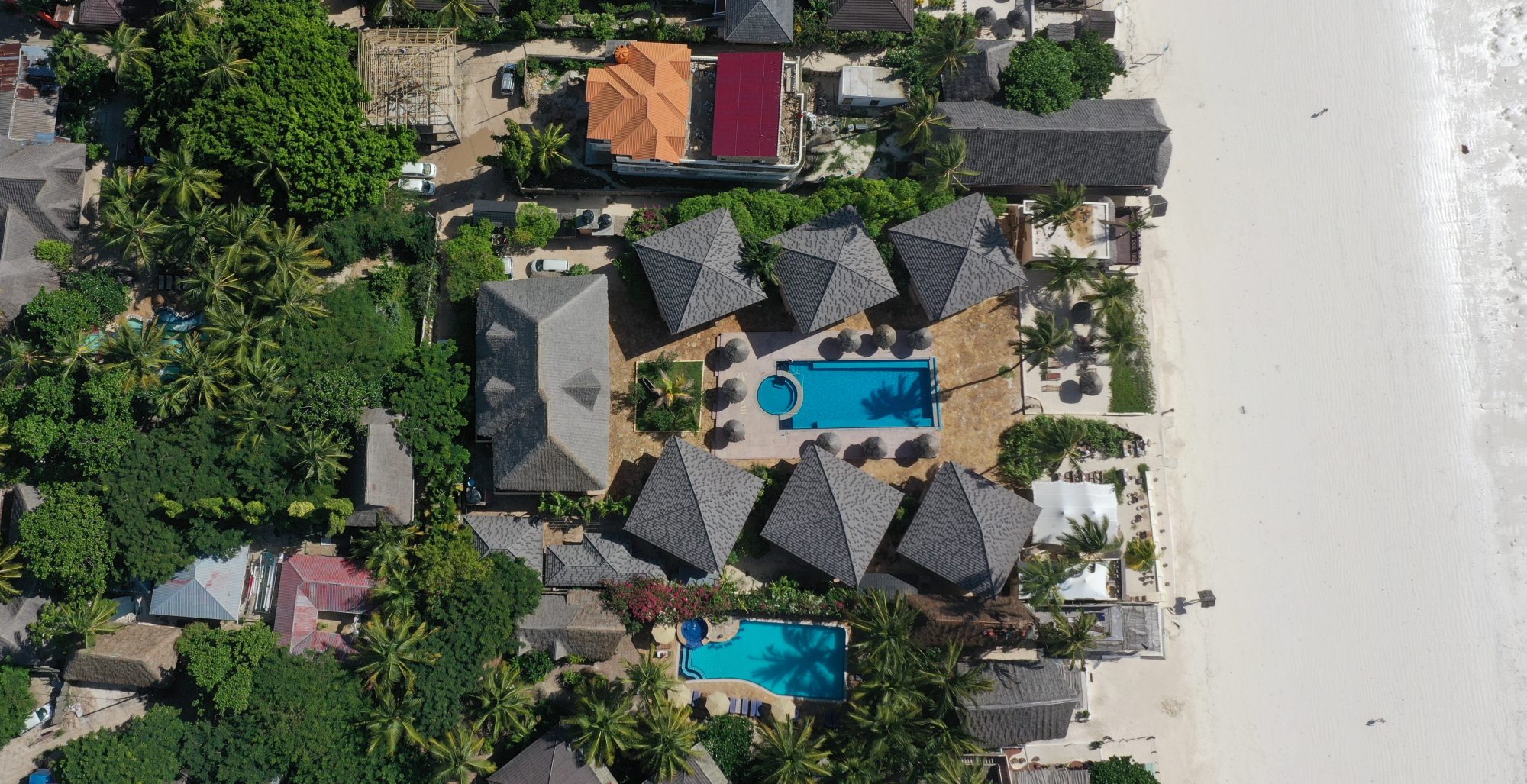 Anyway, let’s go out. So you got to go down the stairs every day. Mine you head on this thing.

The swimming pool is here. Let me show you the beach
quickly. There’s places to sit here. Shower and the restaurant is behind here.

So the beach at Paje is on the East Coast. So you get the sunrise and sunset. Crystal
clear water as you expect from Zanzibar. There are lot of kite surfing lessons around. But it’s more beautiful late
in the afternoon.

In the early morning, the tide is quite far back. And you can sit next to the beach at the bar, rest for half a burger, whatever. It’s the first time I’ve seen a fish burger in Tanzania. Was pretty good. And the breakfast area on first floor overlooks the pool and beach as well. 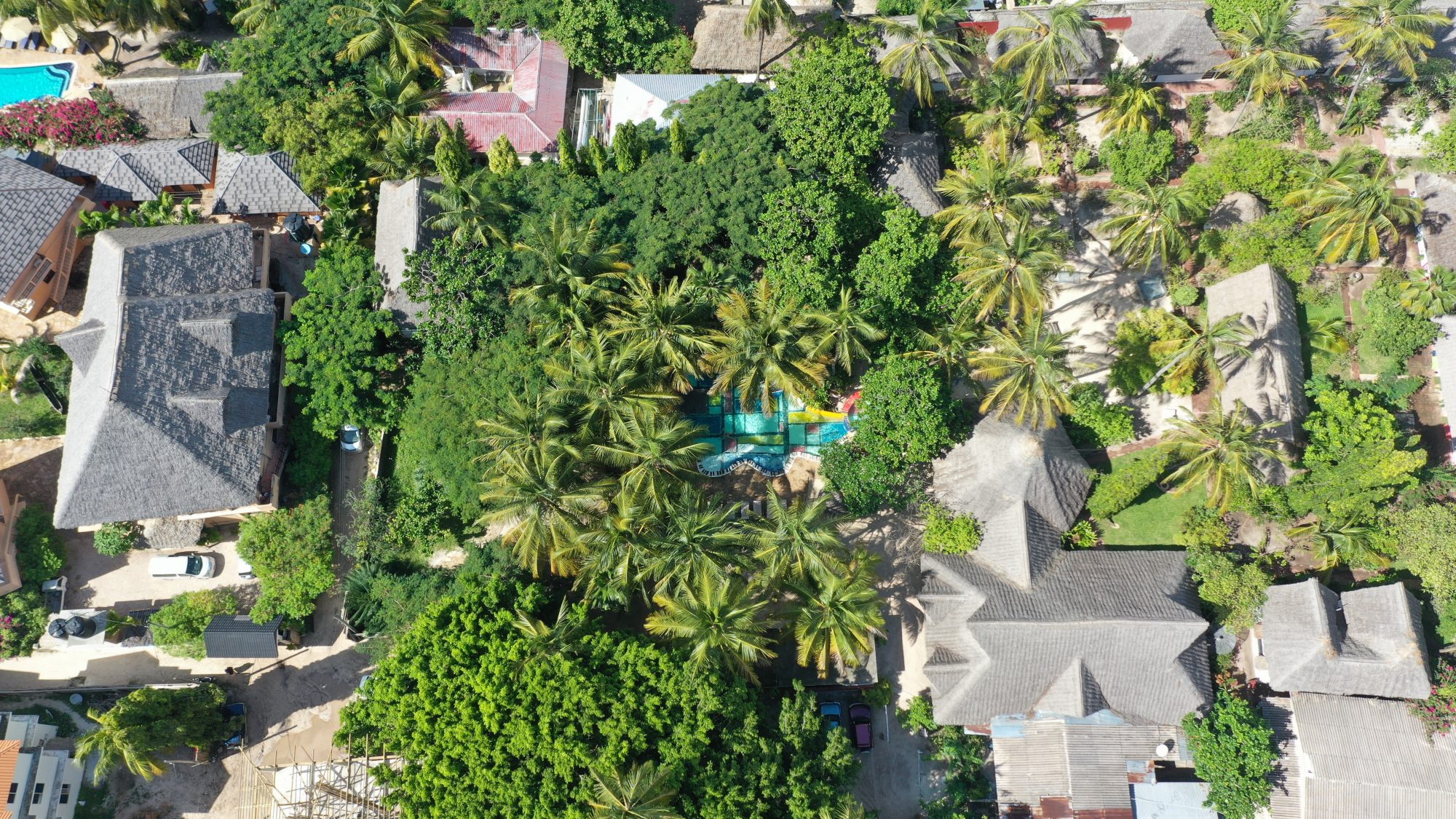 So right next to Mahali, where I’m staying is a place called Paje By Night,
which has this fantastic swimming pool. You can also stay here, which is slightly cheaper. 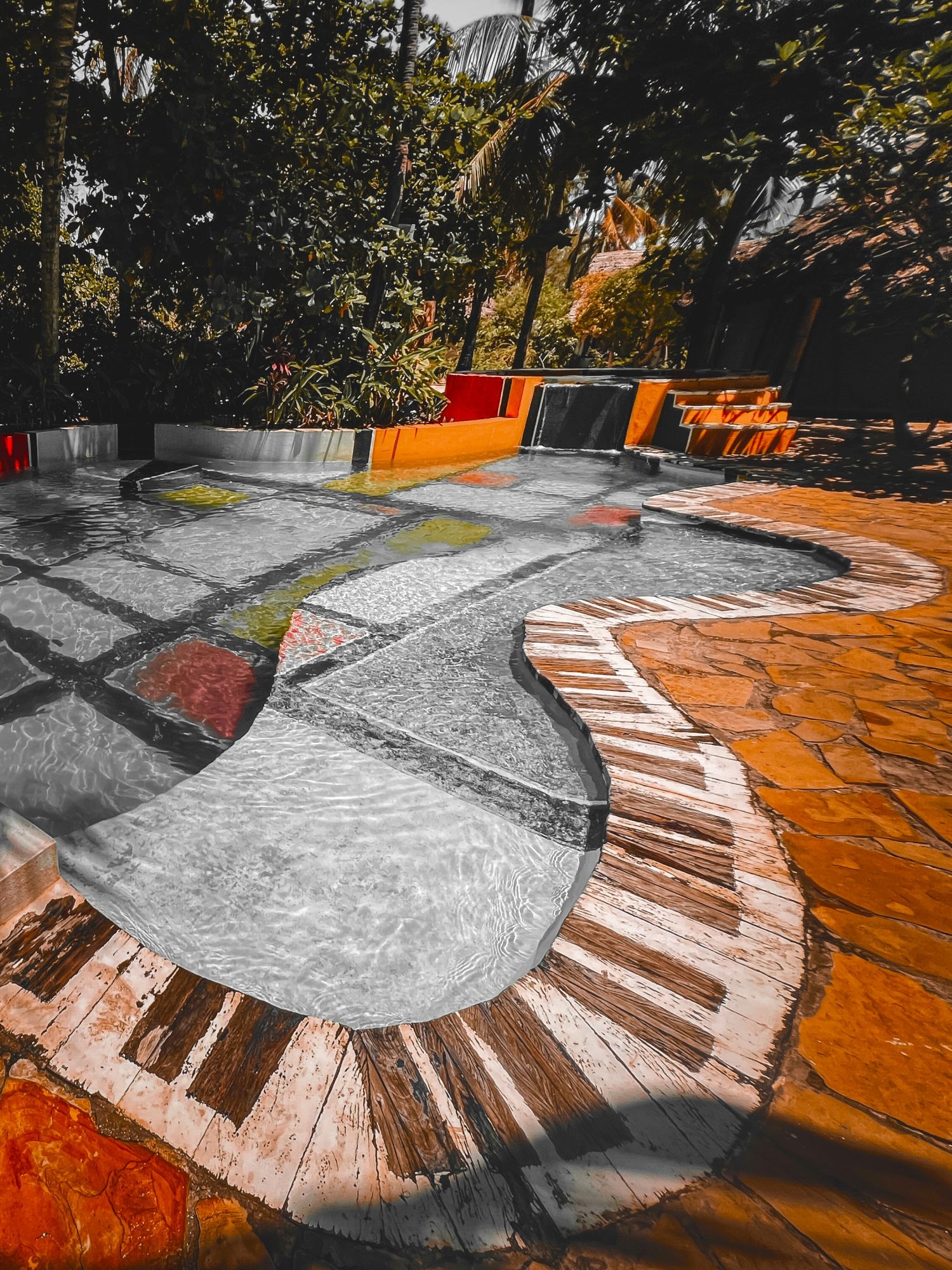 These kind of pools probably attract like younger folks, like backpackers and stuff. People want to have a good time. The younger people are probably older
people probably wouldn’t stay here. Definitely worth checking out if you’re here.

Moving on back into this village now, The village is a must visit. Expect a huge contrast between hotel life and village life. People are friendly and happy when you visit their shop. You’ll also see how people actually live in their concrete houses. The best thing to do is just walk around and get lost. But I’m on a mission for
an ATM, if that’s possible. 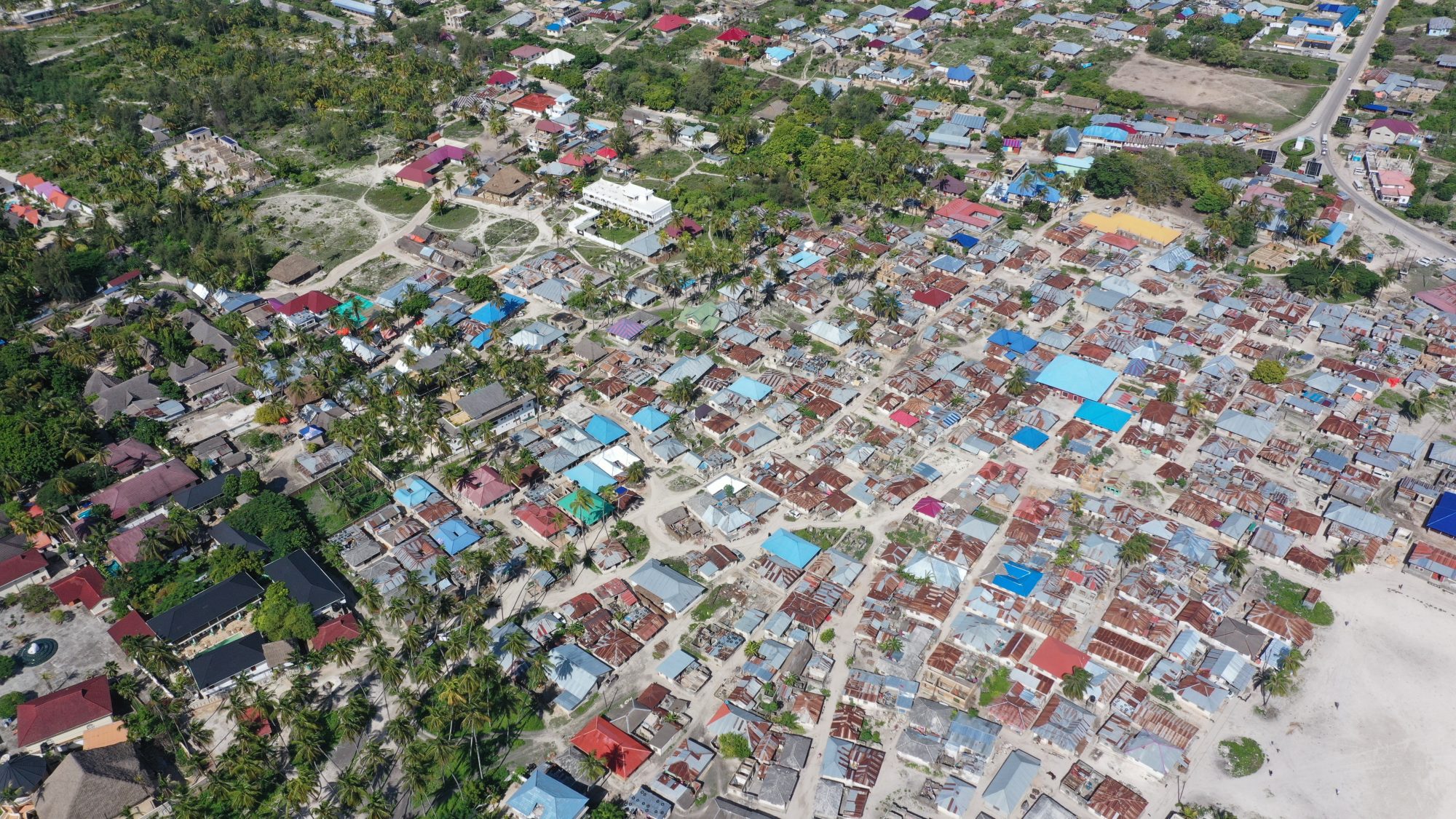 Interesting to see the local villagers and animals hanging around as well.

Some guys are building this building with arches on it, circular arches. Let’s have a look at this building
and see what’s going on. Oh, its a mosque. Shit, I didn’t realize I thought it was a school, but it wasn’t.It was a mosque.I saw people praying inside the door. 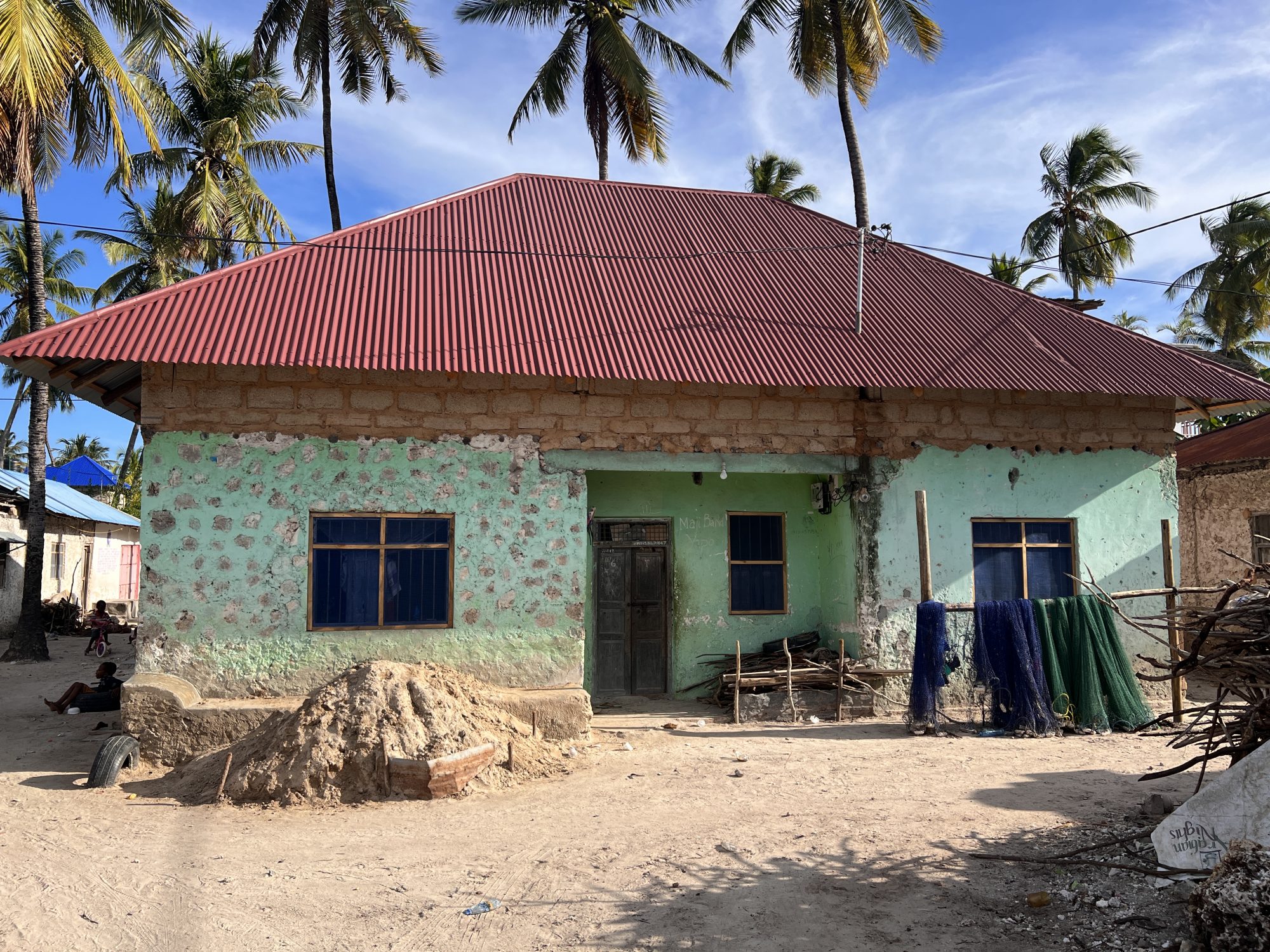 I was going to get an SD card from this guy, but they only have like four gigabyte SD cards. They don’t really have much. That’s not going to last like 5 minutes, but they do have an ATM. I found the ATM. So go there now.

Looks like that doesn’t work. It doesn’t accept my card.So I’m on a mission now to try and find an ATM that actually works. I’ve never heard of this bank, whatever it is. Oh its working now. I’m just trying one more time. Doesn’t seem to be working there. Have to find another one. I doubt there’s another one here. Looks like he’s working.Yes.

I got  one ATM working. NBC Bank.Which they have that in Dar Es Salaam.But I must withdraw my cash about ten times, all the different options. There’s some options. 200,000 TZS, 400,000.TZS So to choose 200,000 TZS Because they probably didn’t have enough cash or the right notes in there. Um, and then there was savings credit, universal wish type,
so choosing the wrong type. I think it was credit, I’d say than 200,000TZS. So that seemed to work. I have that trouble sometimes here.

Let’s see what else is available in this village. So I’m just heading down the road in the
village for a bit to see what’s down here. I think towards the end you get back on the beach, but it’s down further. There’s a disco down there somewhere, but they said it shut because of Ramadan. I think it’s open Friday. I might try. Pharmacy over there. Jewelry shop over there, TV shop, restaurant over there. There are also tourists on bikes. 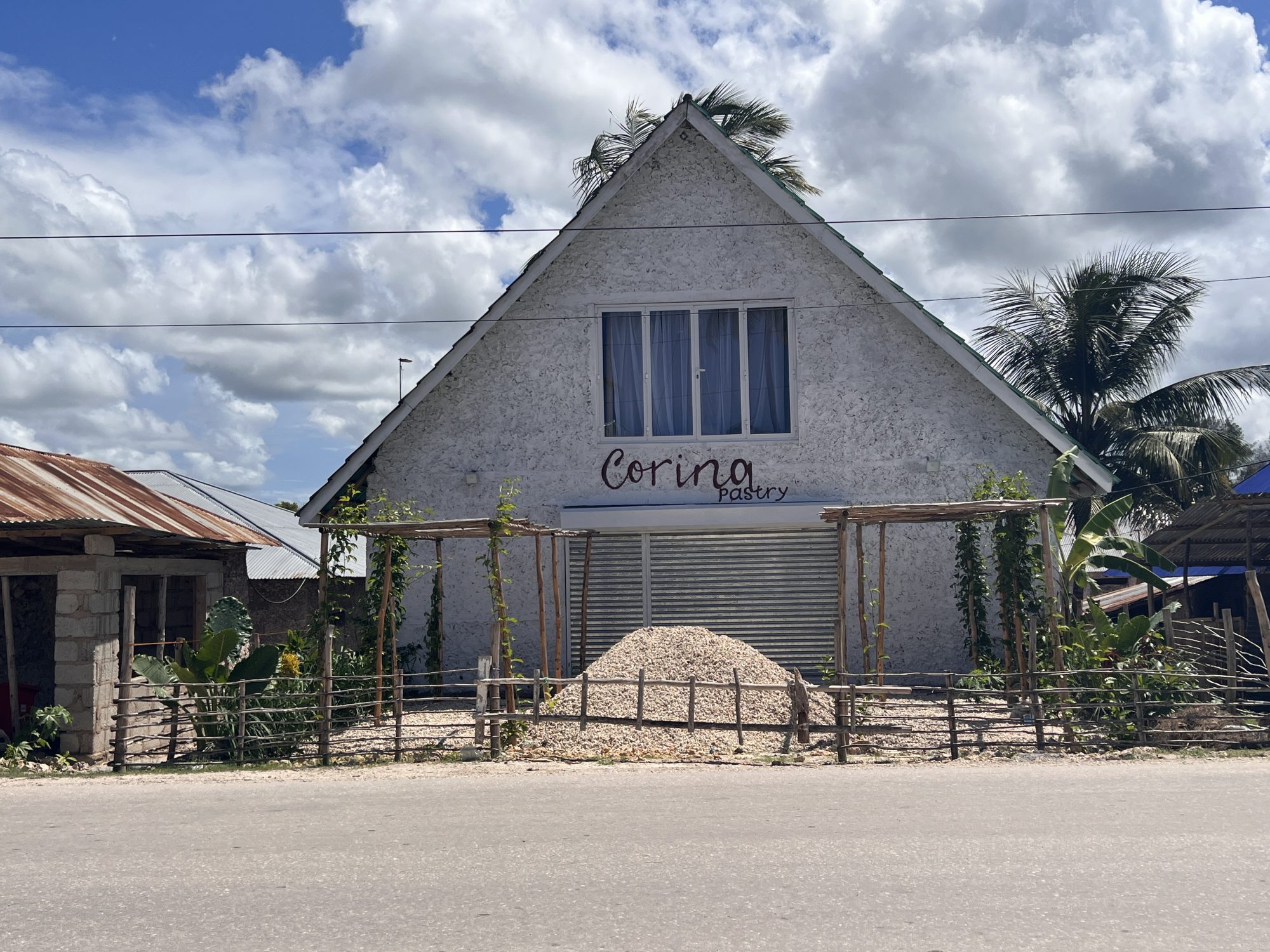 There’s people coming in from school. There’s the ice cream shop. See, I missed this village vibe. You don’t really get Dar es Salaam,. Barbecues around. It’s quite nice village actually. There’s more to do here than Nungwi. Nungwi was just like proper backstreet village. But here there’s like a main road. This feels more like a small town than the village.

I wouldn’t mind trying to find a place with a pint, but it’s Ramadan. There’s not much going on. Interested in houses around here. So I found a hospital here as well. There’s a bakery here, a supermarket here, and the hospital over here. Place is more than a village. Definitely. Definitely a town for sure. It’s got, like, nearly everything.

Getting Back to the Beach at Jambo Disco

Turn right in the village / town Straight down there is the beach and Jambo disco at the end.

I would definitely wouldn’t go down these allayways at night time. I don’t think It’s okay during the day, I was going to come
down there at night, but not on my own. I wouldn’t go down the alleyways. If you look at them, it can get pretty, very dark at night. It gets a bit daunting sometimes. 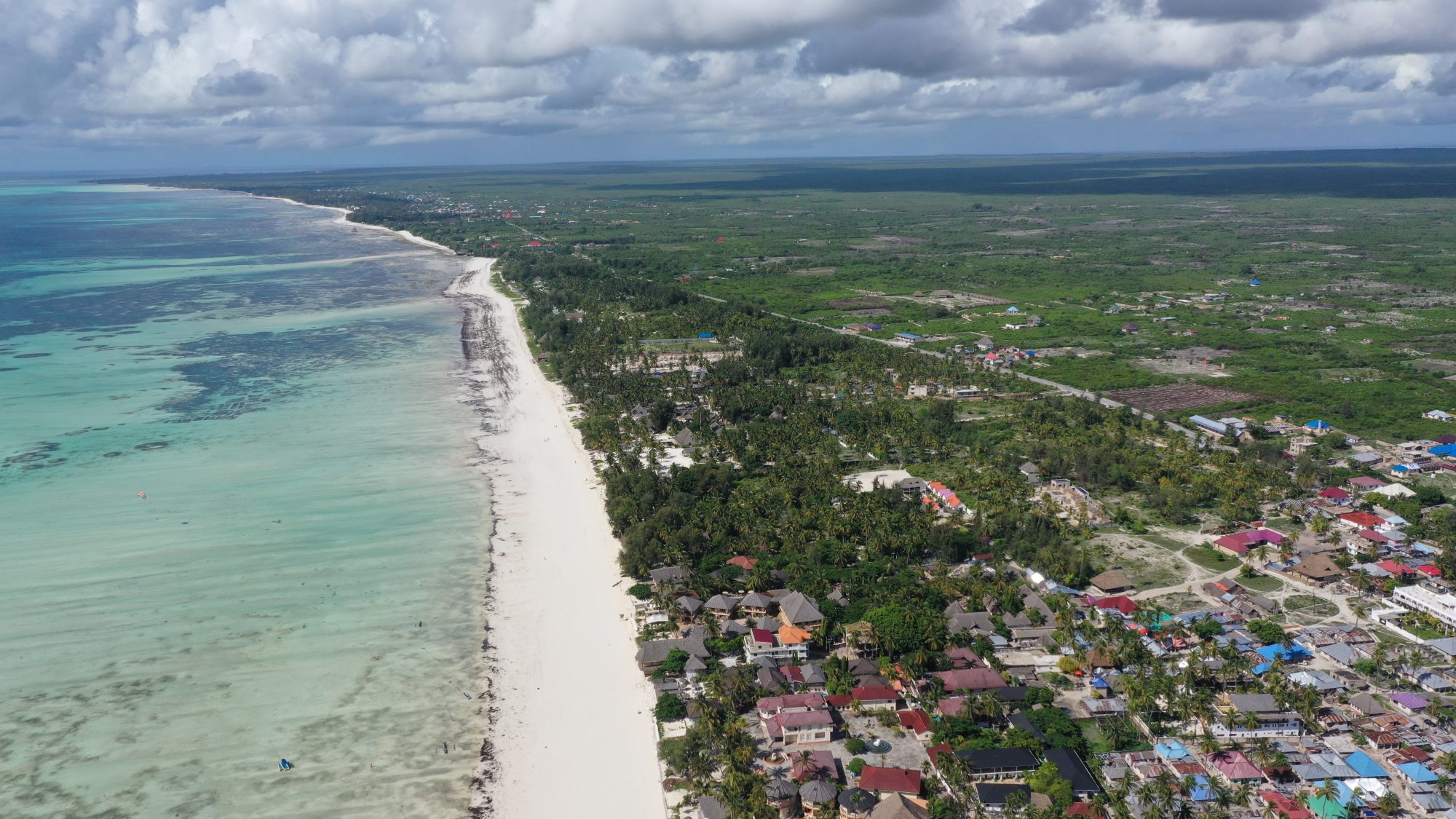 See, this is what does my head in about Tanzania. There’s just so much property near Paje Beach Zanzibar that when you get to the beach, you can’t get to the beach. You get all these private property right in front of it. So this is like it looks like somebody’s house. Like I don’t know whether I can go in there or what. And it’s like that a lot. Even in Dar es Salaam, it’s like property
blocking your way to the beach. Oh, building hotels at the front end. Everybody doing that here in Zanzibar.

It’s the first time I’ve seen a sign telling you how to get to the beach. It’s like that in Tanzania. All the properties
blocking your way to the beach. Nice to tell you where to go for a change.

Ohhh nooo. I have a feeling this is Jambo Disco at Paje Beach Zanzibar, right here. Looks like they are in the middle of a refurbishment because its Ramadan. So it doesn’t really look like
I’m going anywhere tonight!