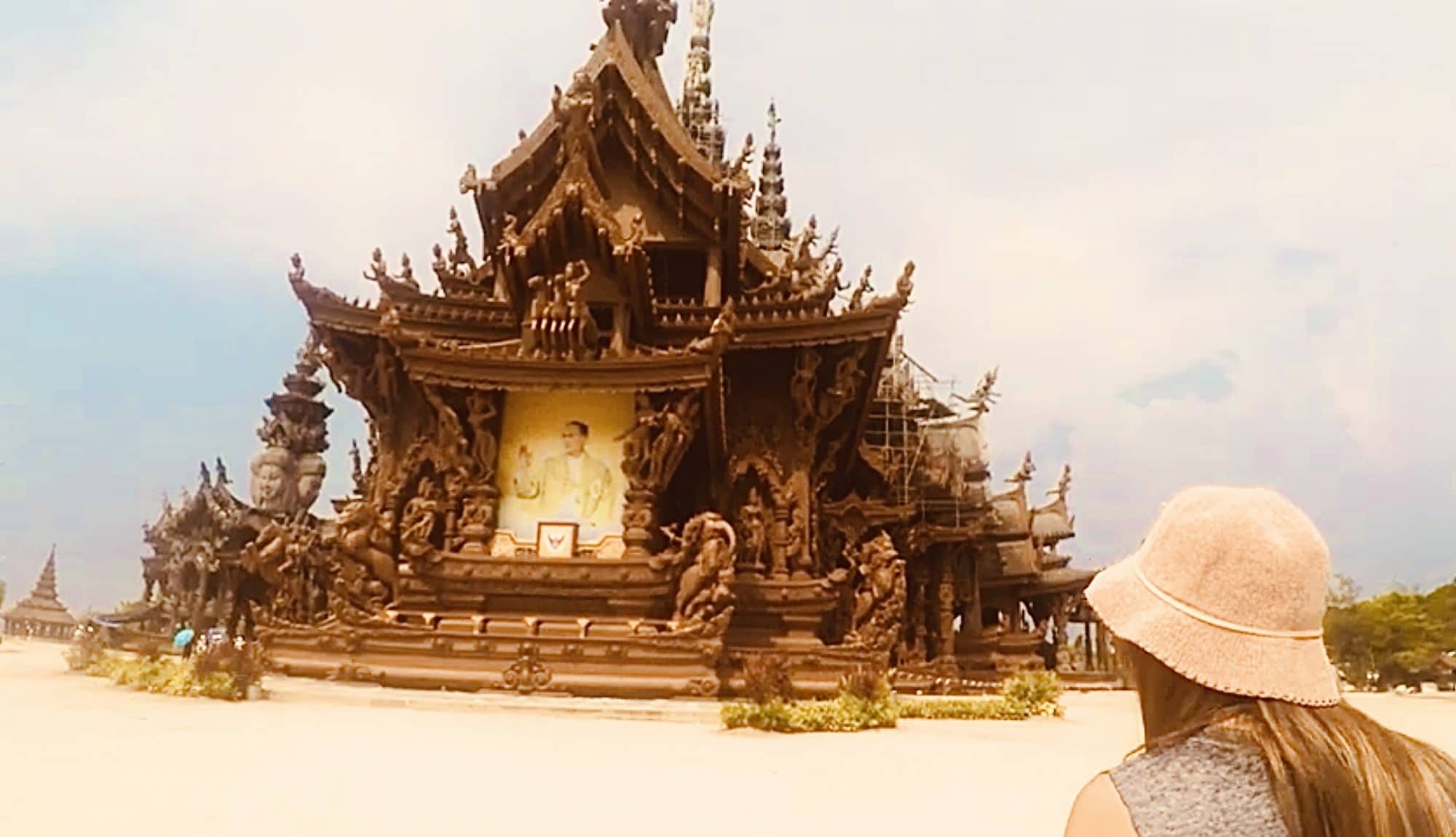 This is the Sanctuary of Truth Pattaya. It was used in the series Money Heist Thailand Scene. It is Thailand’s Most Incredible Temple.

The 105m tall building is locally carved from timber. Find out who envisioned this timber carved masterpiece. How the timber is preserved next to the sea? And more importantly what type of building is this? Everyone seems to think its a temple, but its not.

The idea of the building originally came from a Thai businessman, architect and millionaire in 1981. They say it wont be finished until 2050. His name was Lek Viriyahphan – was also an architect who spent his fortune on conservation projects, preserving ancient architectural building techniques that were on the verge of extinction. Sadly, Khun Lek died in the year 2000. The Sanctuary of Truth wonderfully continues to support hand hawn woodwork skills as its been under construction since 1981, and still is not finished. You can even wonder around and see the carpenters at work, which is a wonderful sight.

All the timber is handcrafted by local thai people, including the ceilings.

Architects are generally very wary of using timber, especially externally because of the maintenance involved. Because the building is near the sea, its a difficult process to preserve the timber. They use a mixture of oil and paint. Having said that, the weather conditions will have its toll and the timber will not last very long. So the building will be a never ending maintenance task. Or more likely its a intention to pay homage to nature and thai craftsmanship forever. This is the price you pay for such beauty.

Its good to see some disabled access in the building. I was pleasantly surprised. There are ramps and even lifts as well.

I look forward in coming back in 30 years when this amazing peice of visionary architecture is complete. 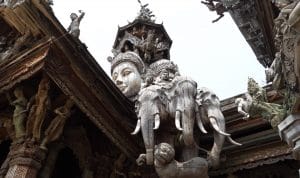 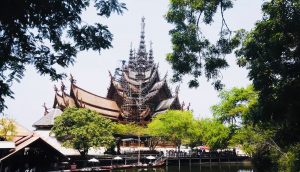 There are also activities nearby like boat rides and elephant rides. You shouldn’t really ride elephants, you should know that by now. If not then check out my previous video on elephants in Thailand.