In this article you will learn how beer is made in 7 steps at Twiga Brewery. The first Craft Brewery in Tanzania. From the mill machine, to the glass.

And stick around to read the final honest taste review…of Twiga’s two beers -The ale and The Stout. Is it actually any good? Lets find out… 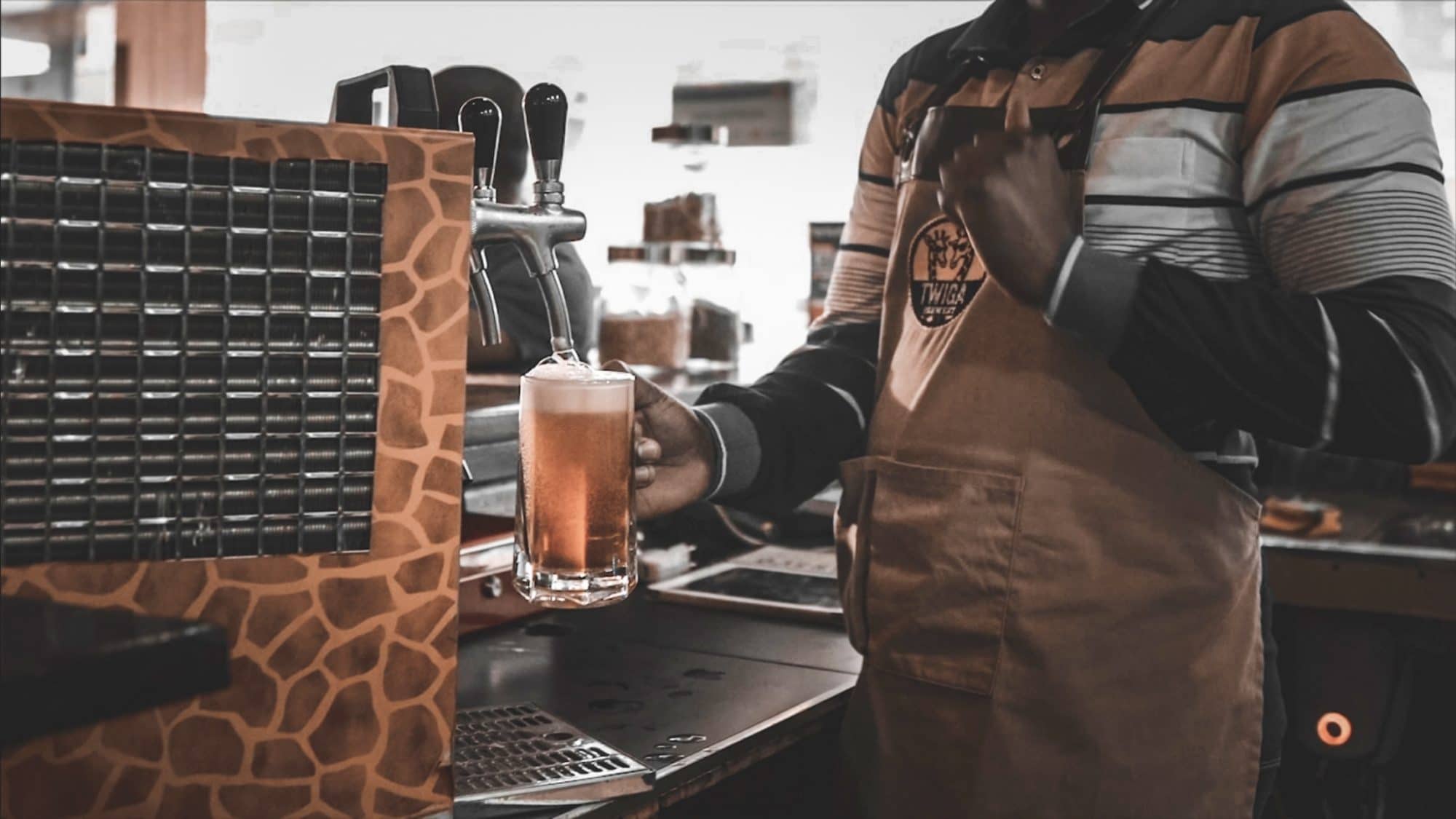 So I’m here at Twiga brewery in Arusha and I’m just going to randomly walk in and ask them how they make their beer. Because I’ve been trying it out at the hotel and it’s pretty damn good. So let’s go and ask them.

Milling for malt. Mill the malt. This is our milling machine, we mill them here. This is special malt. Ahh thats the stout? So look This is a special malt. This is Pilsner Malt Brew lager, Ale, Stout, IPS, Wheat beer, they’re always using this. Okay. But they like the special If stout is special, if it’s ale there is another specia Thats two different names. That one there and that one there Just one recipe of ale and we have just one stout Stout is duck malt. This is dar Ok. Like Guinness they use dark malt. This is not dark, so this is for normal beer. I got it. 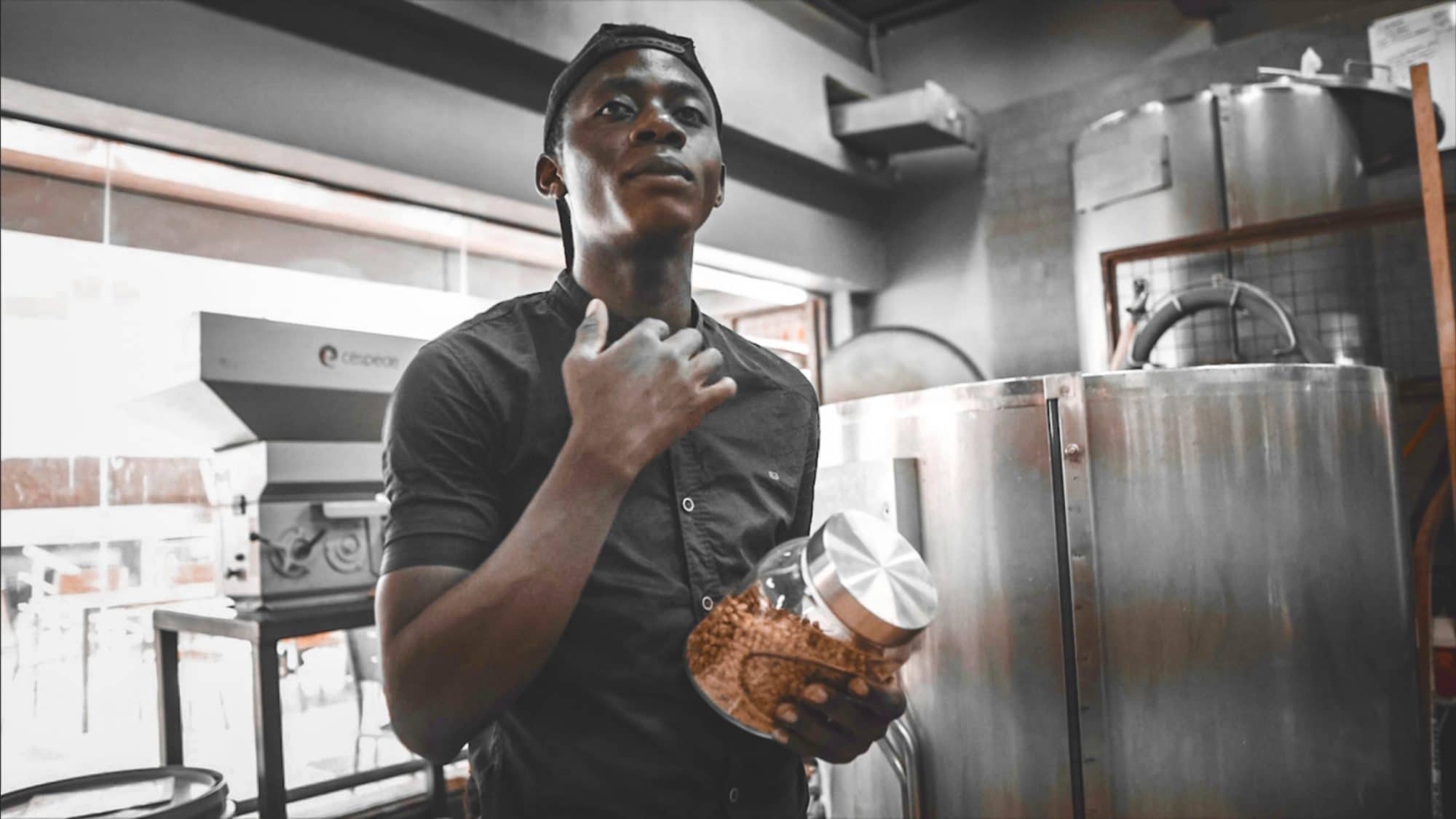 Next we mix the malt with the hot water. If you have bad water, your beer will taste horrible. So malt in hot water. This is hops. Ahh. So where do you get that from? This we import from Germany. Thats the Twiga flavor. Yes it give the flavour. You taste the beer and some bittering. So its from the hops. Flavour / bittering

Step 3. Separate the liquid in Barrel

We separate the liquid.

Step 4. Boil and add hops for flavour, aroma and bitterness.

We boil this and we add hops. Hops for flavor, aroma and bitterness.

It passes directly to fermenter

We add yeast for fermentation. Because this little nutrients it’s nearly vitamins it’s nearly as other steady proteins carbohydrates. In there? Yes it needs all of the nutrients to grow We it grows it ferments. When it
fermented it produces CO2 but it’s gas and the result 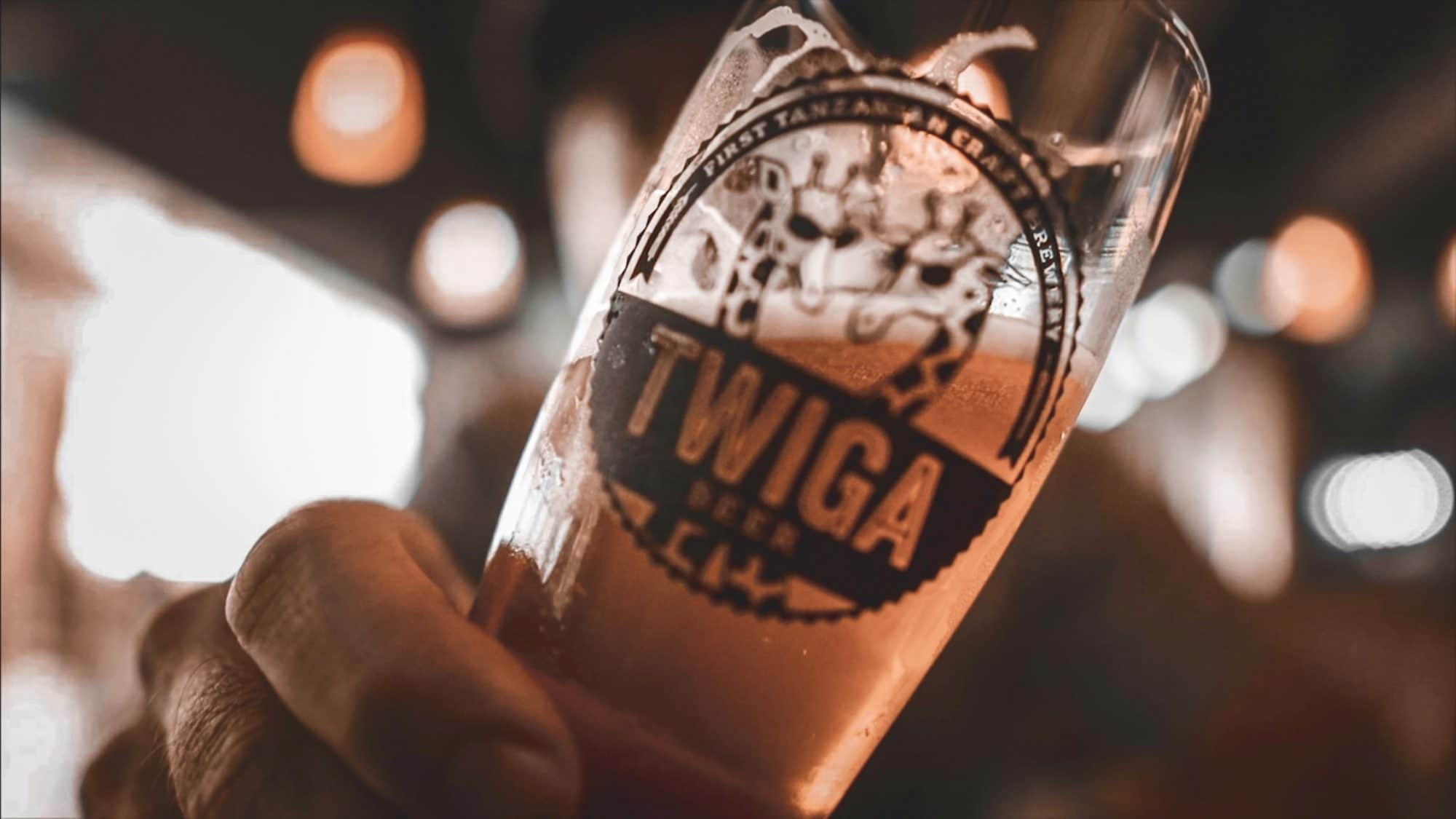 I thought Guinness was good, Twiga Stout is like chocolate. Chocolatey taste. That’s really good actually I’m impressed. I quite like Guinness, I’m a big Guinness fan so this is pretty good. 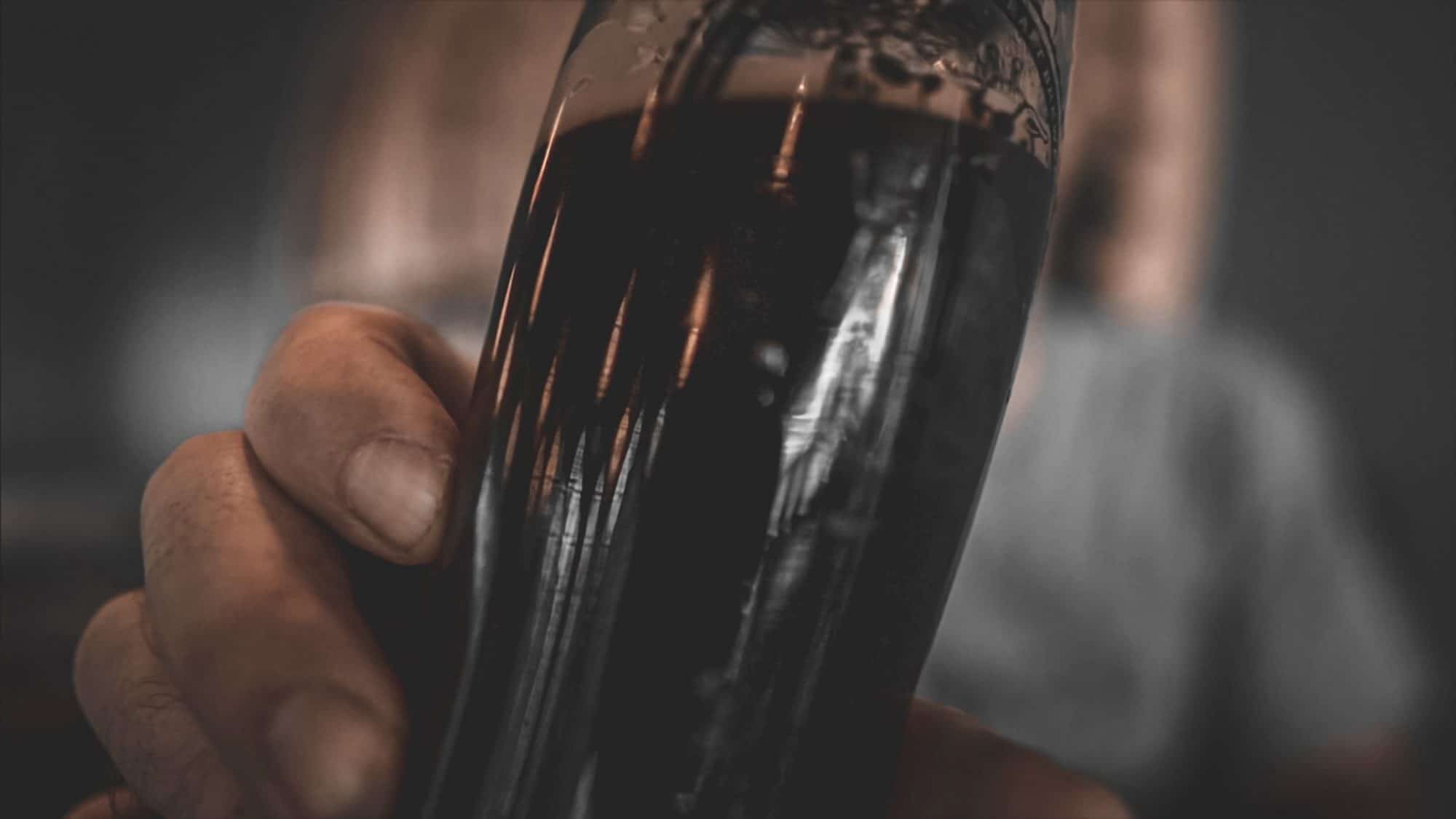 They’ve got everything here in one room- the brewery, the pub, everything. That’s what I love about Africa, everything’s simple, it’s not like the UK, is just too complicated. In Tanzania everything’s seems more stripped down, so you understand it more and you realize there’s so much stuff that you don’t need. I mean, this is a full-on brewery. It’s just a room like half the size of my apartment and they’re brewing the beer and serving it. 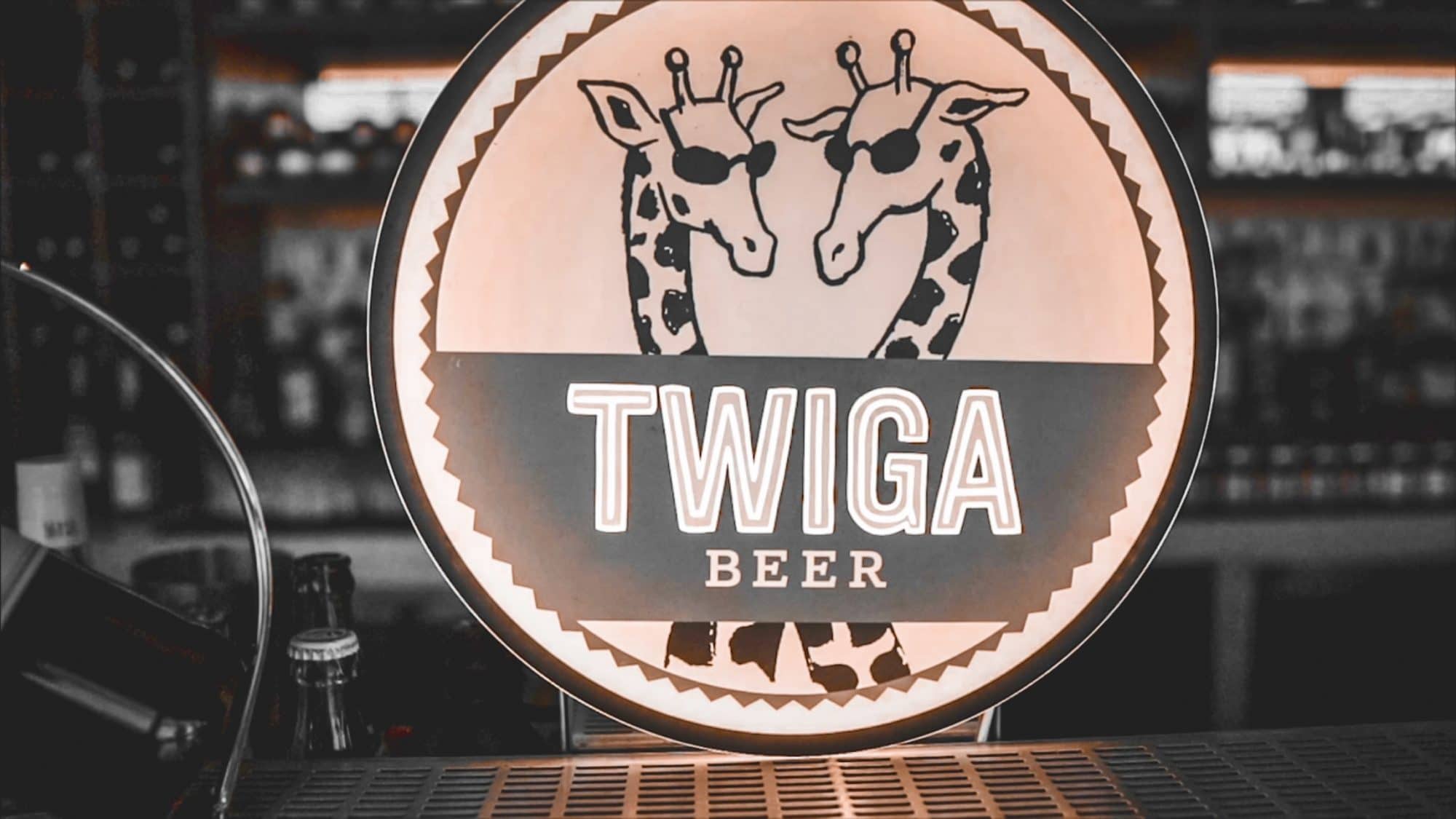