Join me as we are learning to sail together for my first time yacht sailing in Dar Es Salaam, Tanzania. Learn the yachting lifestyle. Is it really expensive? You will see how much does a yacht cost, how much does a yacht club membership fee cost, not including sailing fees. I know its not really a superyacht but its still super. You will also learn the sailing words for the different parts of the yacht like the head, port, cabin, starboard.

Dar Es Salaam view is pretty good. But how about view from a boat? So today I’m here at Dar Es Salaam Yacht Club  and I’m going on a yacht and we’re going to go around and see what’s going on- I’m not entirely sure. It’s my first time going on one of these, so, let’s make it up as we go along. In this article….we will learn the language of sailing together. By the end, you will know some basic words and terminology to impress your sailing friends. From the cockpit, spreader, to the head. And don’t miss the end  where you’ll find out how much this boat costs Which you can sail around the world in. And how much does a yacht club  memebership fee cost? Is it really that expensive?

So this yacht is called a Faulkner and she’s a 38 footer and she’ll do around 10 to 12 knots when sailing. Less with an engine. 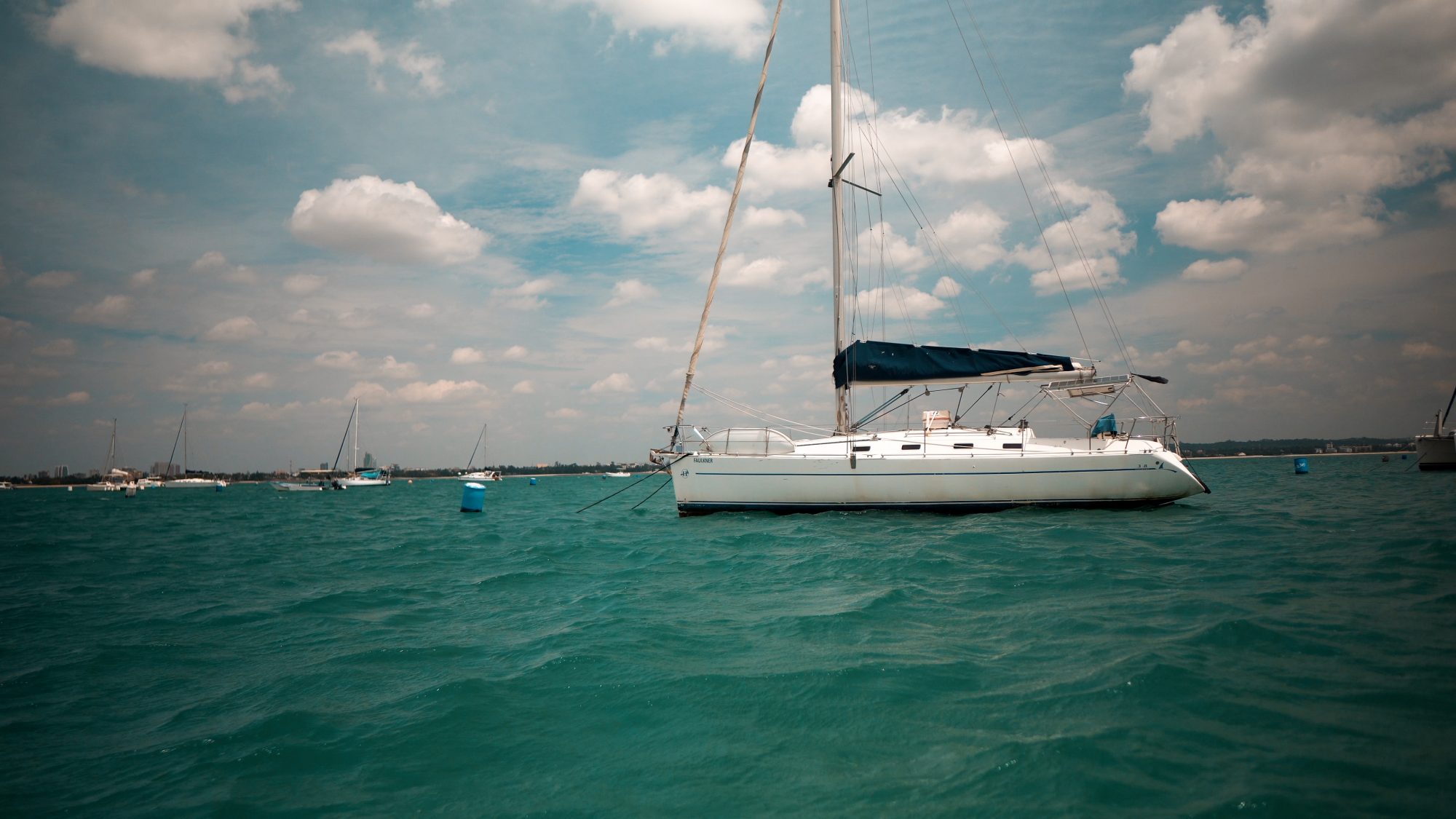 This boat. So this is it. I’ve officially made it. Now I’m on a yacht.

When you’re on a boat, it’s kind of cool to know the vocabulary of the boat. So let’s start with some important parts of the boat, starting with the hull, which is the body of the boat that floats in the water. The bow, the front of the hull, the Stern, is the back of the hull. Keel is the weighted fin at the bottom of the boat. The weight gives stability, reducing tipping, and the shape prevents the boat from sliding sideways. The rudder is the part used to steer the boat controlled by the tiller that moves side to side to steer the boat. And the deck is, of course, the top of the hull. The cockpit is the lowest space on the deck where the crew sits.

You wouldn’t want to sail this with less than two people. Three, four, five, six is fine. So we have the rear cabins, two These are little little cosy. Bijou. You sleep in there. There could be a come shower in there. 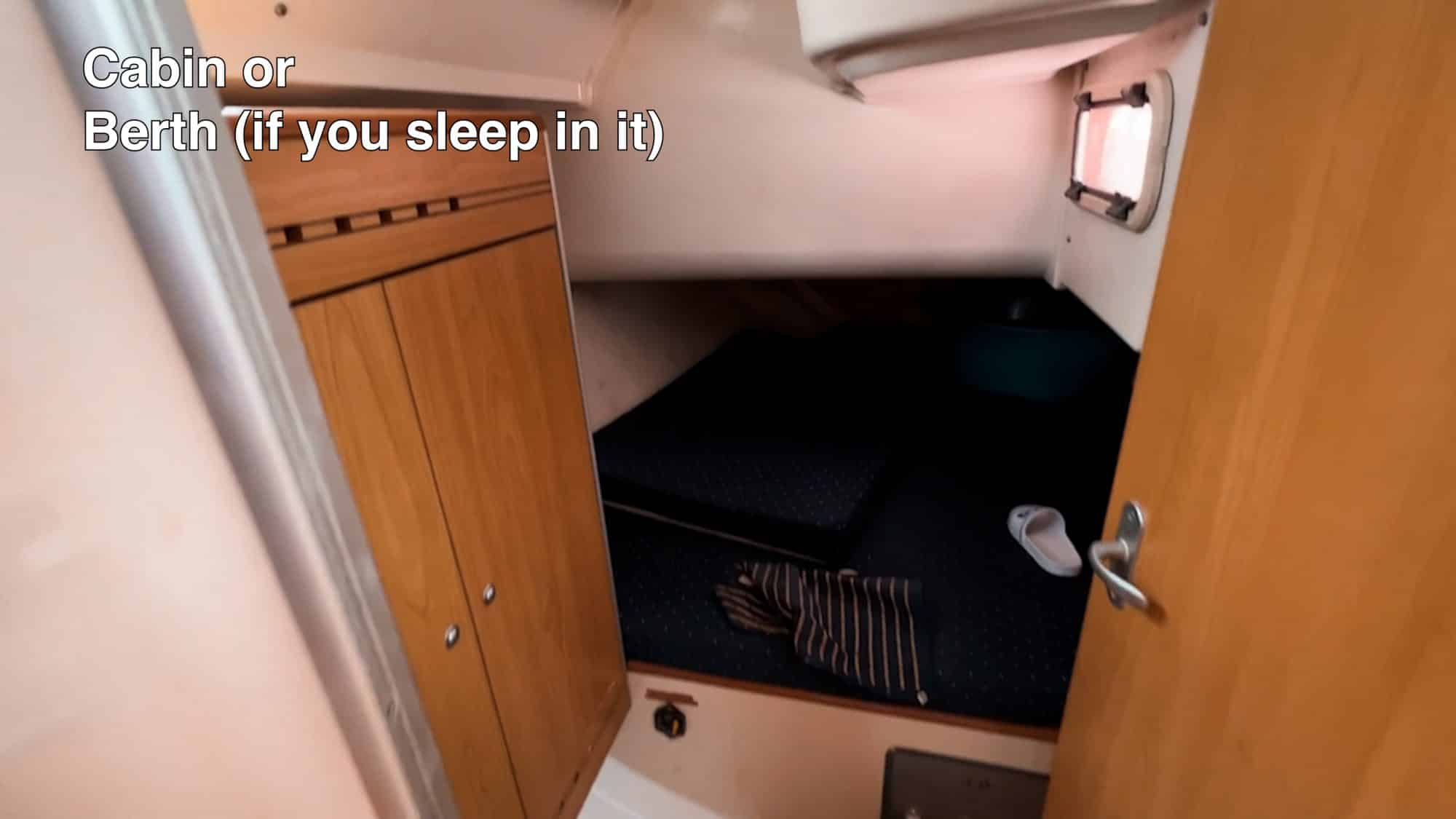 This is called the head. The head? Oh, my god. Where’s the shower? The shower is in here. So this is the galley. 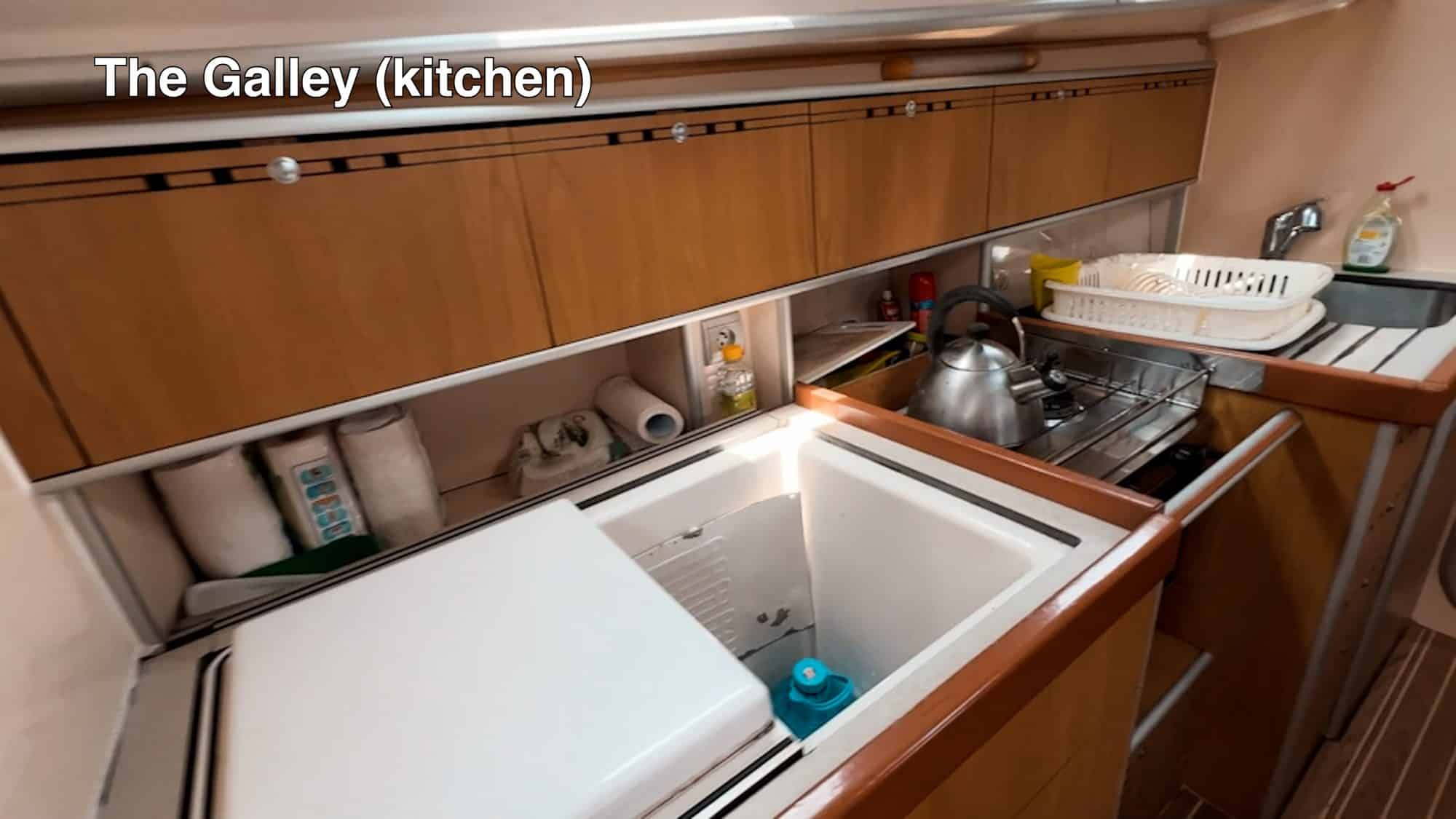 Nice and there’s a kitchen here as well. And the saloon. Welcome to the saloon/ guest room/ dining area. 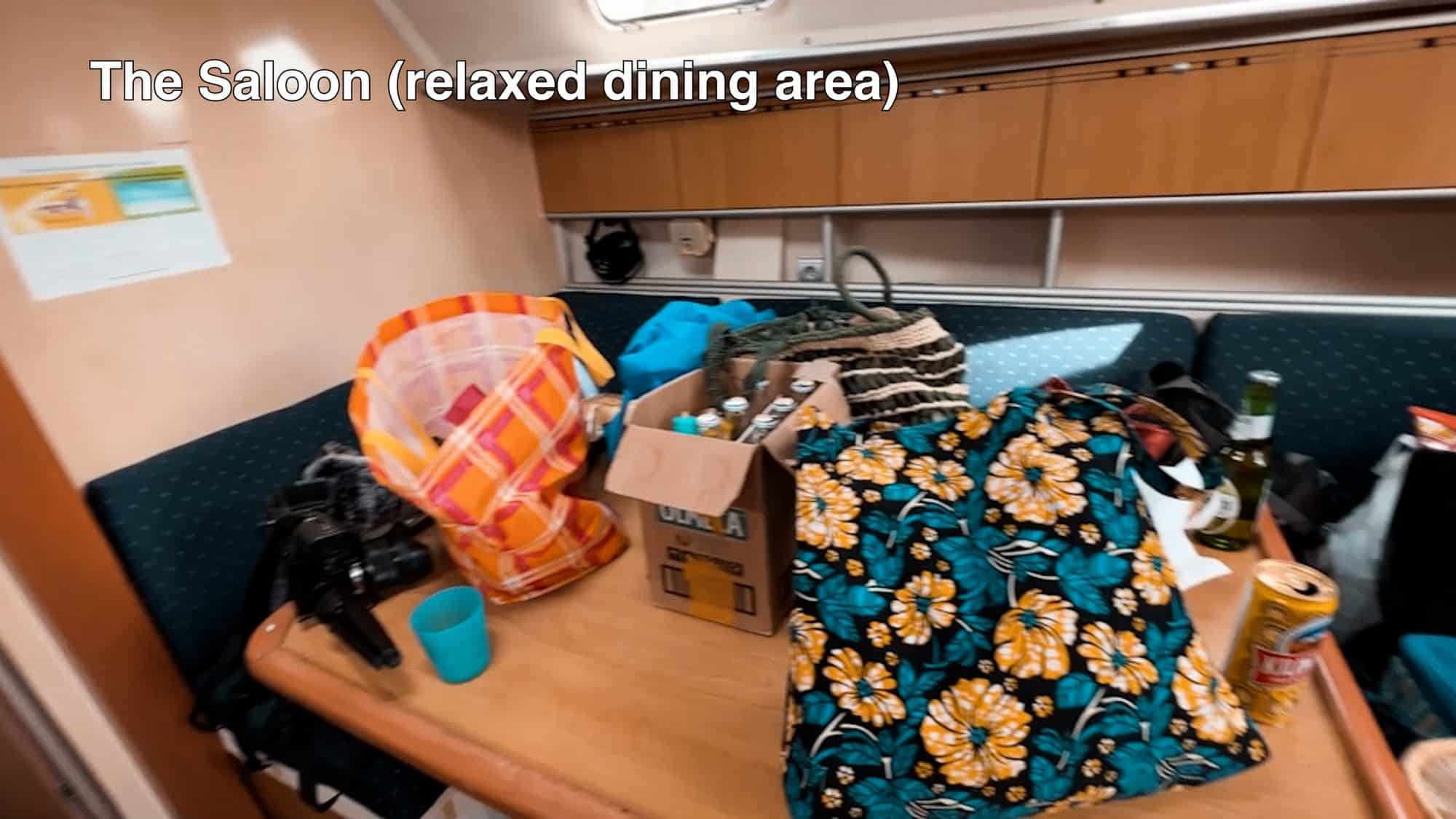 And this is the forehead cabin up here. This has the biggest bed.Master bed. Well almost. So you see now there’s no windows, though
is there? You can see up though. 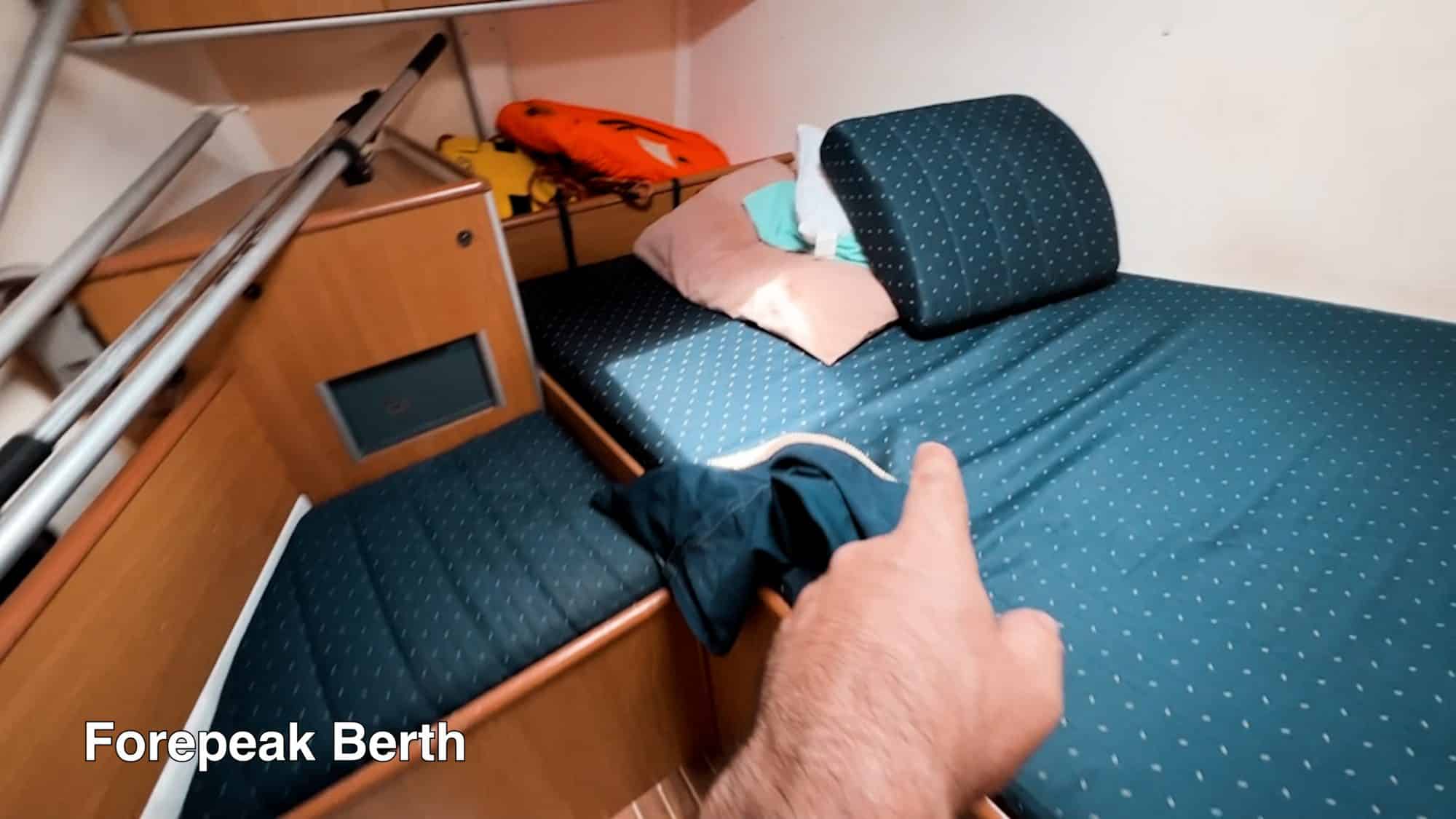 So you probably think boats are just bought off the shop. But a lot of them actually designed bespoke just like architecture. For example, Zanzibar Ferry was designed them built by marine architects in Hobart, Tazmania, not Tanzania. From specific requirements from the client 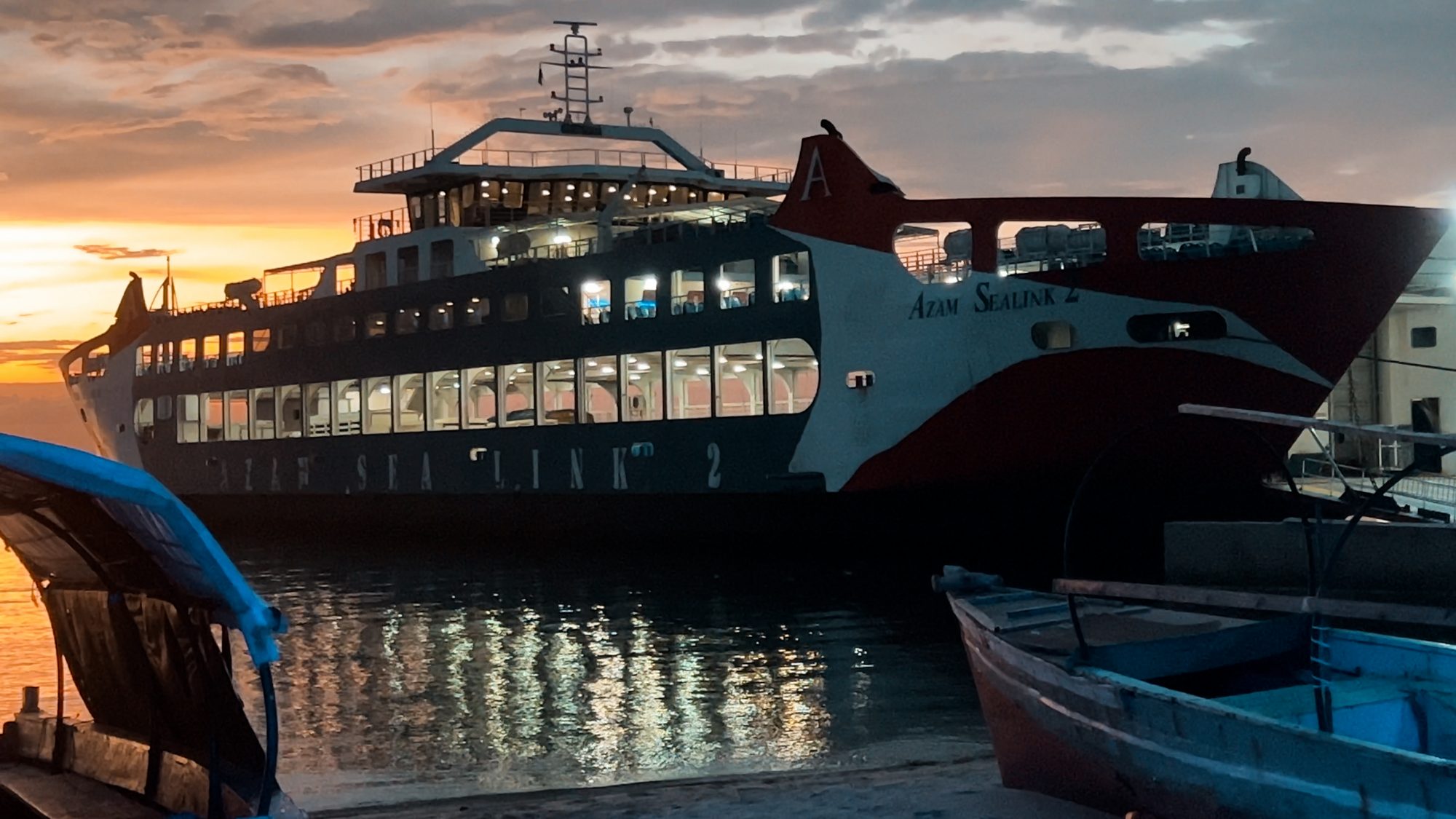 Sailing boats can sell any direction apart from the 90 degrees facing the wind. This is known as the ‘no go zone’. The other 270 degrees are sailable directions. 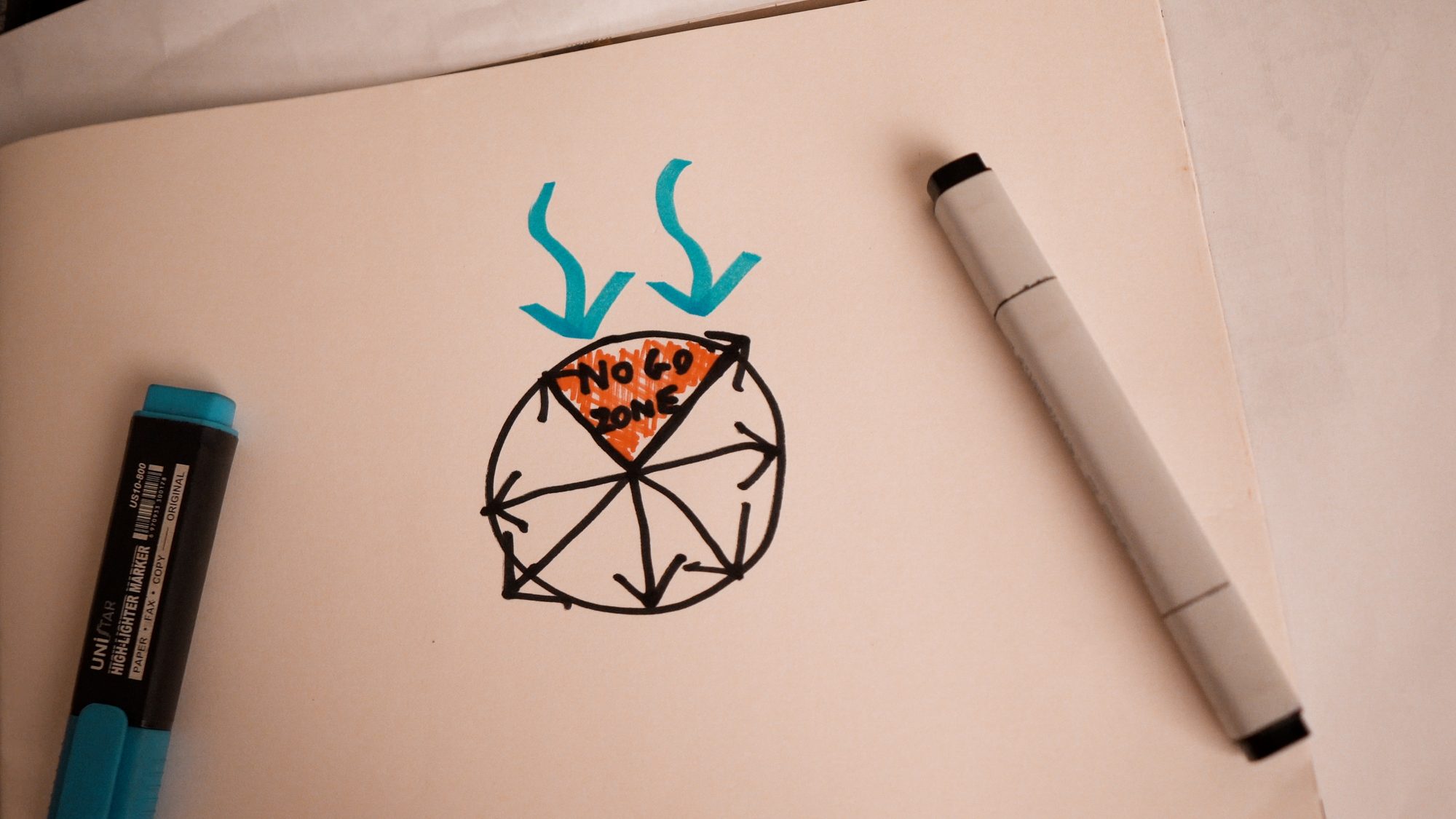 I’m actually starting to feel a bit seasick now. Ohh I can’t get it out of my.. stomach now. Constant seasickness. Just have to look at the horizon and just stick with it. 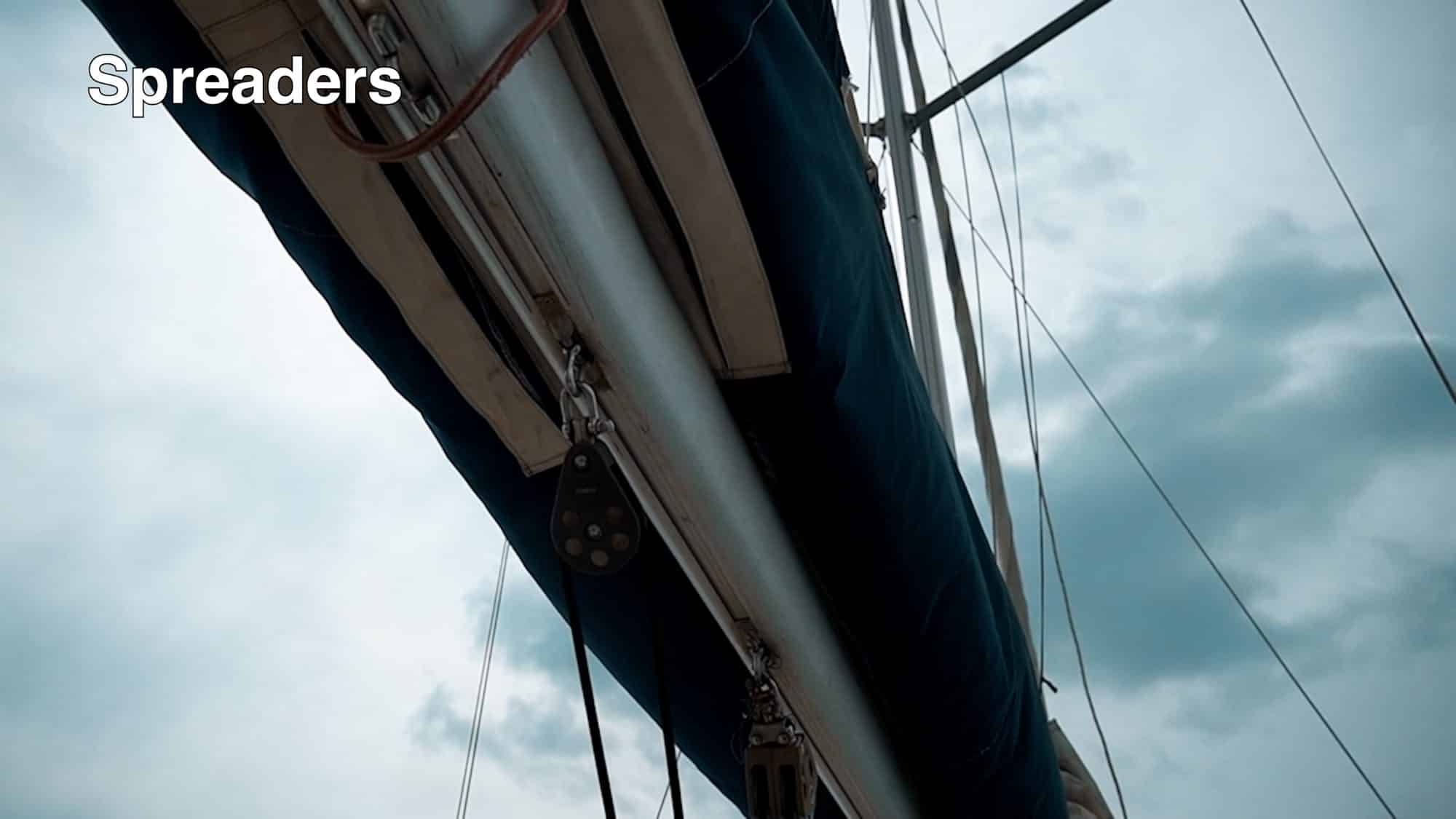 How Much Does the Boat cost?

So how much does this yacht’s cost roughly? How much does it cost? Thirtythousand / thirtyfive-thousand. Around $35,000 USD for something like this.

How much is the Sailing Yacht Club in Dar es salaam?

So there’s the sailing club. Let’s go and have a look and see how much it cost to join. Made it off the boat onto another boat. Made it on land without being sick. My guts. Now I’ll show you. Now much this club costs. So it’s around … Two to three-thousand dollars to join. Thats like standard fee. And then it’s around $70 per month you pay. So it’s like a gym membership payment of the cost per month. But it’s the upfront payment that costs quite a lot. But it’s supposed to be a good place to meet people / hang out So considering it may be one day, but I don’t really sail. So anyway, it’s nice place. I hope you enjoyed this sailing video as much as I did.

Architecture University UK : Was it Worth it?