Zhangjiajie National Forest Park Glass Walkway Bridge over the Grand Canyon in China was designed by Israeli architect Haim Dotan to carry 800 people at a time. However when it opened, 80,000 people showed up every day. The police had to close the bridge due to the overwhelming amount of visitors. 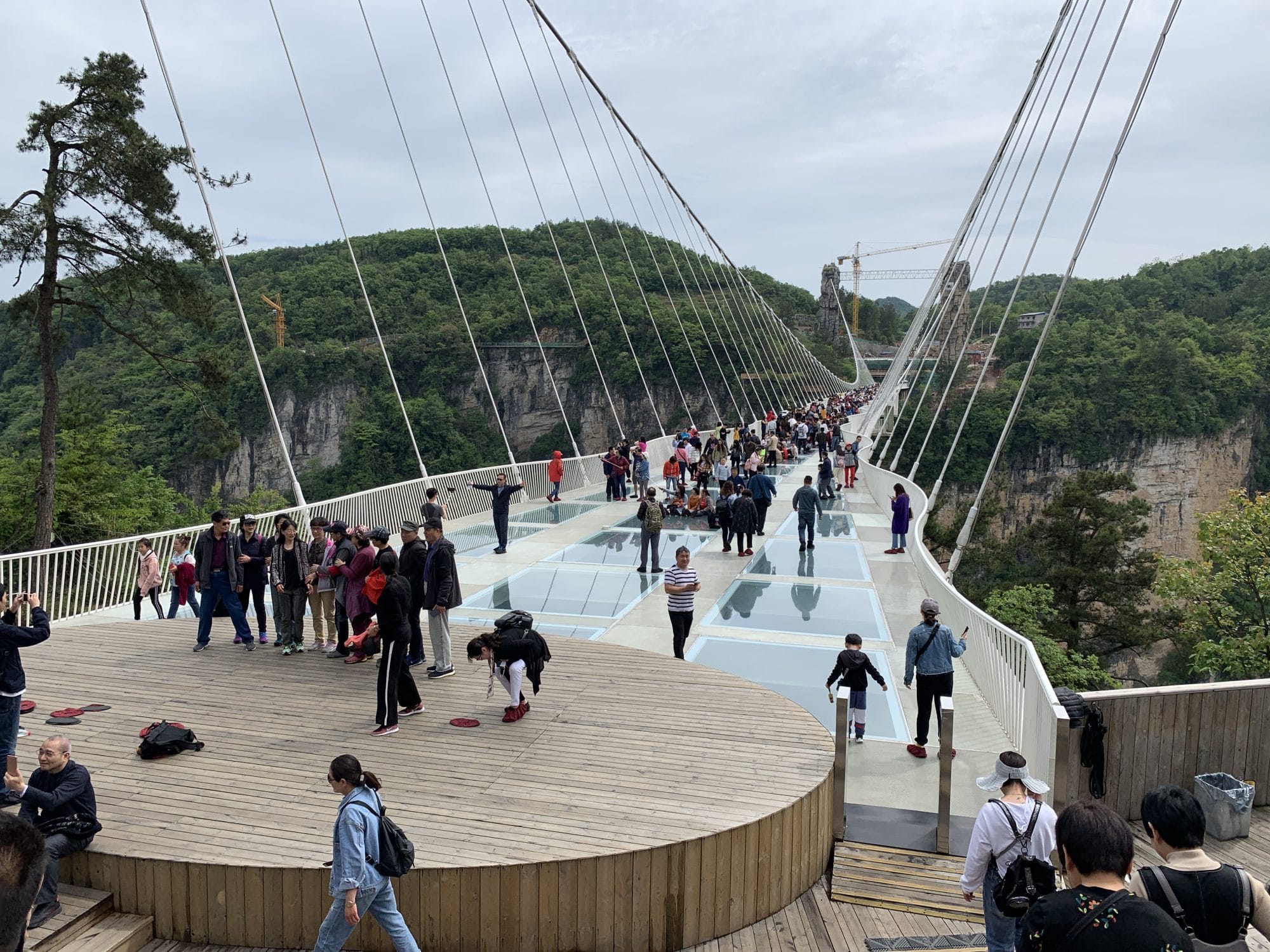 The Glass bridge in Zhangjiajie is 430 metres long, 6 meters wide and 300 high above the canyon floor.

There are 2 columns on each cliff that supports the main cables was to eliminate the need for bulky beams.

The bridge is made of steel and 120 glass panels each 3m by 4m wide with 50mm thick glass consisting of 3 layers of tempered glass and film. 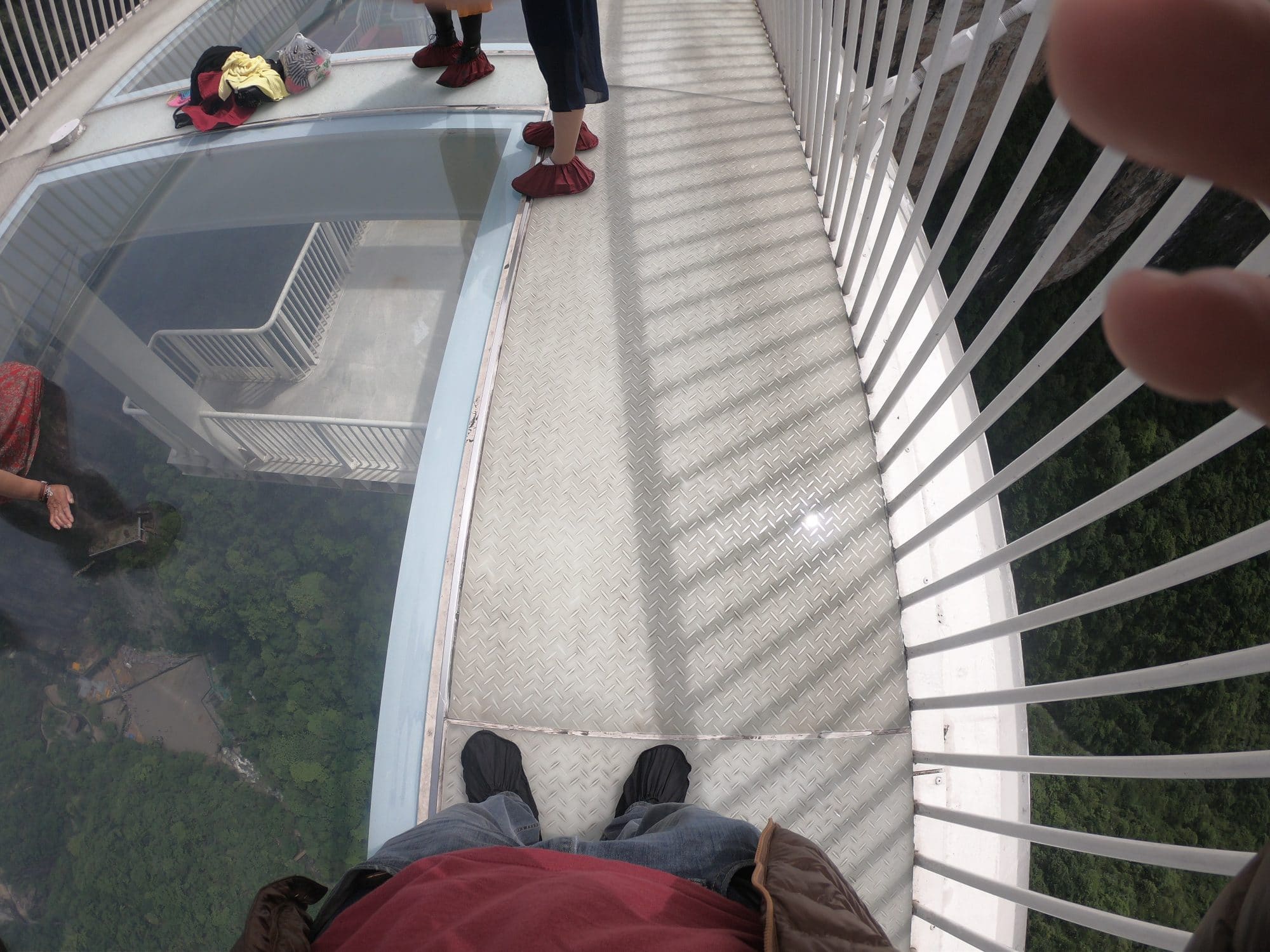 There is also provision for a bungee underneath, which is the highest bungee on the planet. Yes- Ive checked this – its a lot higher than the one in South Africa or New Zealand.

Glass railing where avoided because of the wind loads, so a waving handrail was designed to create dynamic of movement. 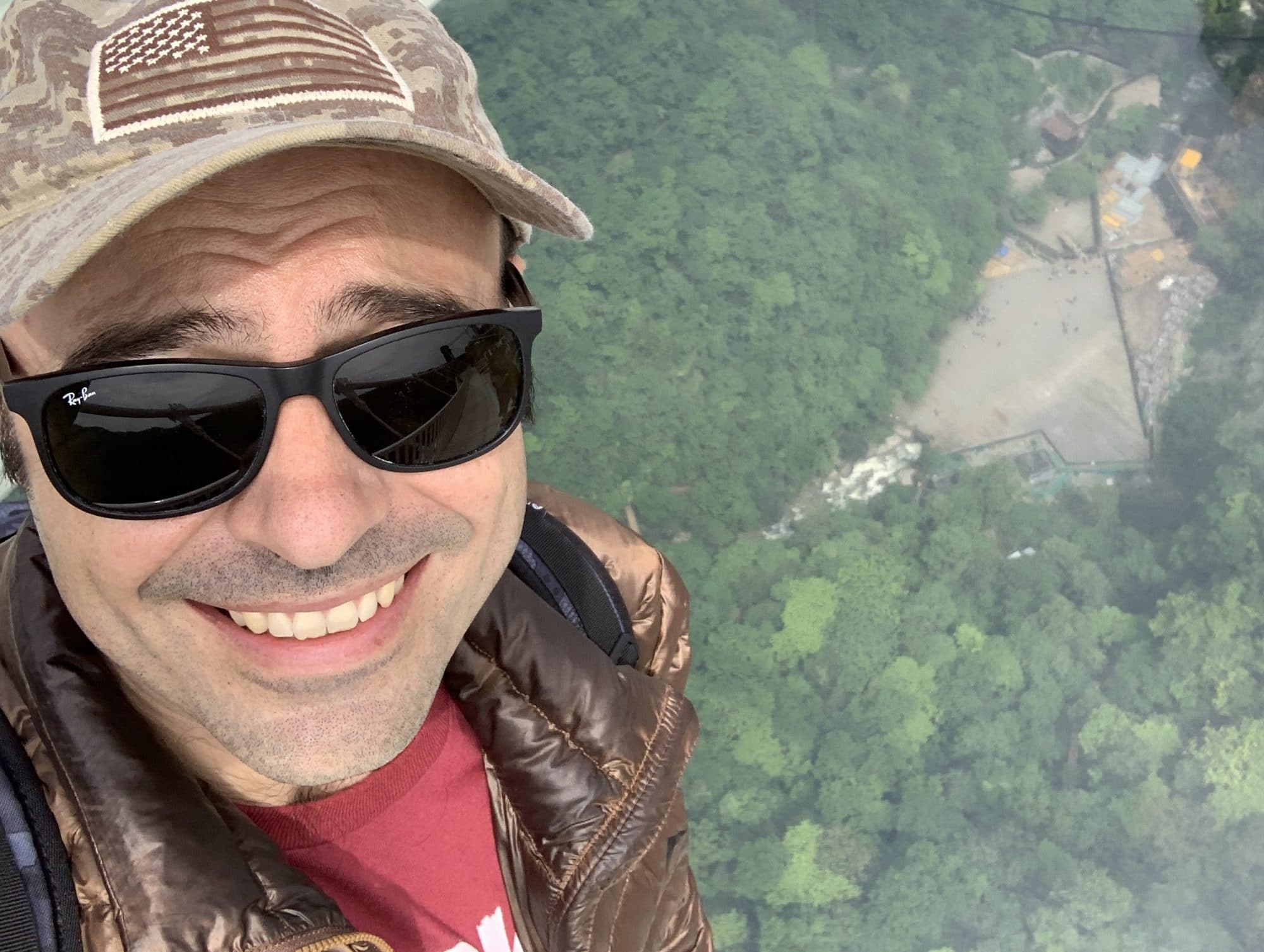 The intent was to create an experience of being in pure nature while suspended in mid-air, between heaven and earth, like a butterfly with its wings open wide.